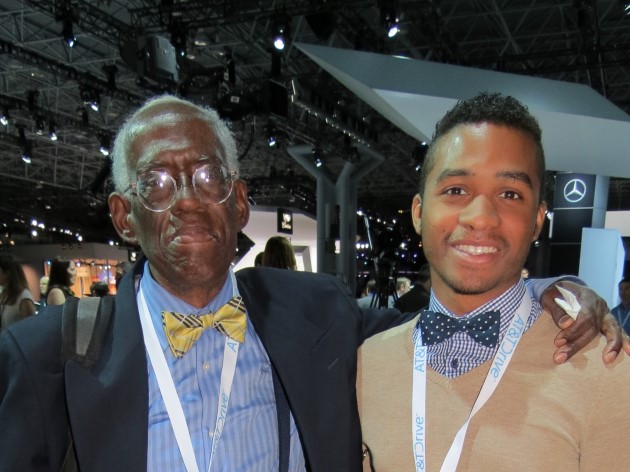 In the most powerful city in the world is a newspaper with equal power – the Washington Post. For insider stories of the machinations of the Presidency, the Cabinet, Congress, the Pentagon, and the Supreme Court, this was the best source for all of the above. I had occasion to read the Post as part of my four years in DC.

What you did not know about the Post was that it had one of the finest newspaper columnist writing about the automobile and its industry – Warren Brown. He was a dapper gentleman who took on every model that came his way. For a city and region focused on the Federal government, Brown was a reprieve from the contentiousness of the second Clinton Administration. He offered car folks consumer advise with a flair for the written word.

Brown was my escape from the Impeachment proceedings. He even took it off the paper and onto a new medium – viral video. My favorite video of his was his review of the Maybach 62, the ultra-luxury limousine version of the Mercedes-Benz S-Class. He spent most of it from the back seat, where he was shown taking out a laptop with a Human Rights Campaign sticker on the cover and placing it on the fold-down table in front of him. That brought a huge smile from me.

I learned of Brown's passing in the early hours of Thursday, July 26. He suffered from kidney failure, succumbing at the age of 70.

One point that had to be made here was his position as a pioneer and influence among automotive journalists. As Denise McCluggage and Jean Jennings were beacons for women in this business, Brown was the same for African Americans in this same business.

In a very indirect way, Brown gave me permission to pursue this career after I left Washington to Madison, Wisconsin. In a world where almost everyone in the automotive media corps was Caucasian and male, he made an unspoken point that gave those us not of the status quo to pursue this as a career. Not only are there more African Americans in our business, you can count other races, genders, ethnicities, and cultural groups – LGBT folks, included – that have made this business grow on every twist and turn of the industry we cover.

Perhaps Brown might not have been the first African American in the automotive media business. To me, Brown was the first one I read, studied, and campaigned for. Brown told the story in a way a storyteller should. He talked about the vehicle with such precision within the confines of word counts and column inches. He was part of a legacy of great journalists at The Post.

Brown was also the antithesis of some of the other journalists I was reading at the time. Jeremy Clarkson ranted for half of his column in The Sunday Times, then got into his quick evaluation of the vehicle he was writing about. Brown set us up in the first sentence, then went into his analysis. He was experiential, laden with key data for consumers to review. That was his style – easy to read and learn from.

Not a lot of automotive journalists were working in viral video when he began adding them to his columns online. It seems that most videos today may have been from Brown’s school – the Post’s video team as an integral part of the production.

Later in his career, Brown utilized technology at its best. He conducted online discussions about car buying and products through the Post. Brown did this through the end of his run at the newspaper.

The trivial points of Brown's career are simple. He has been in the media business since 1971. Brown joined the Washington Post in 1978 and has been their automotive voice from the 1980s until December of 2017. In almost 40 years, his byline stood for excellence at the Post. In all, 46 years were spent in many mediums and outlets to deliver his knowledge and report the facts and honest opinions about the industry and its products. Brown had been a staple at the Washington Auto Show and a member of the Washington Auto Press Association.

He leaves his wife and two daughters behind, along with many colleagues at the Post and in the automotive media corps.

Godspeed to you, Mr. Brown. Thank you for opening up doors and giving us permission to excel alongside you.