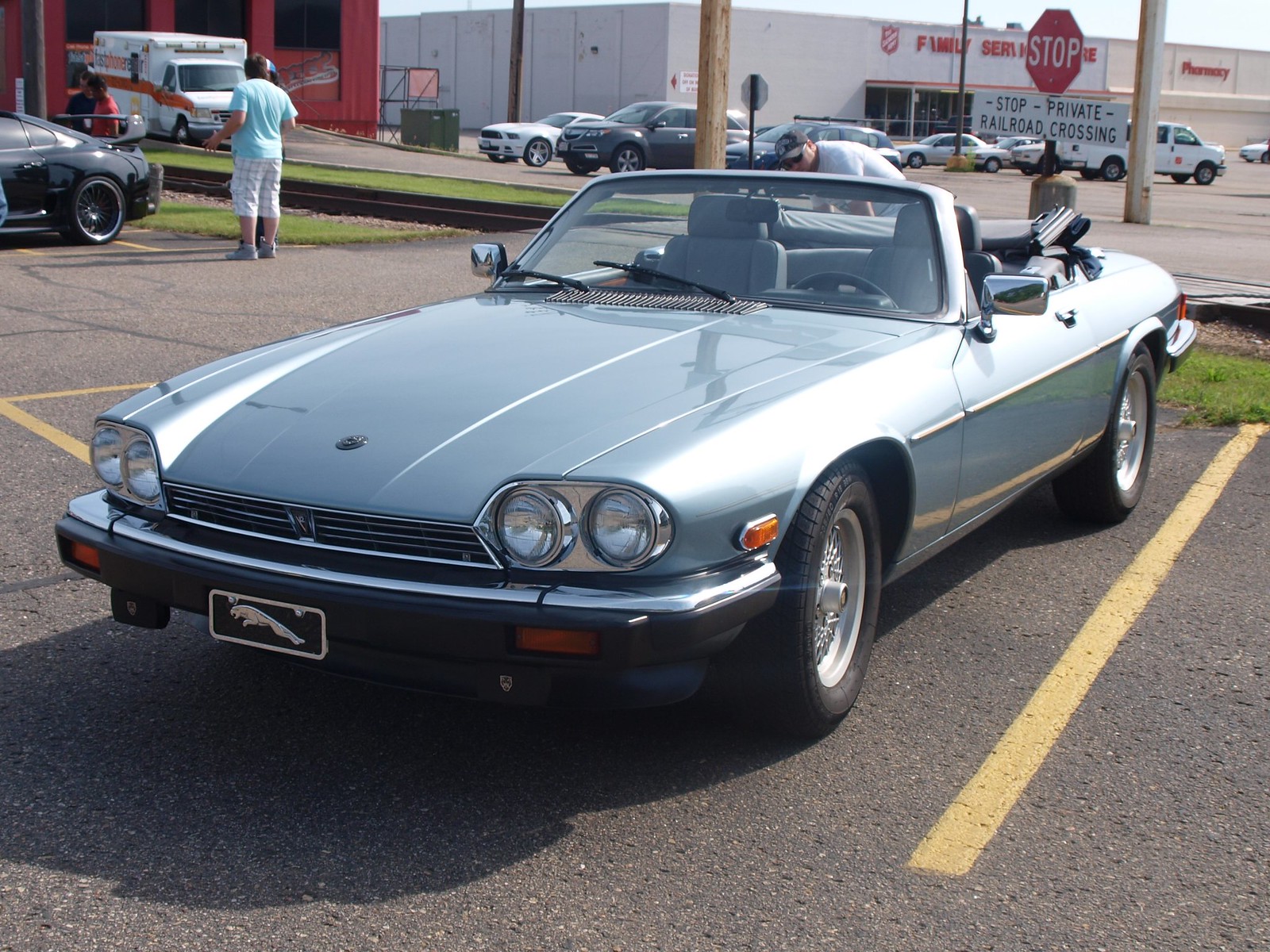 But every once in a blue moon a hero emerges from the masses. This hero gives you hope that car enthusiasts still exist and there will be warm weather again. For me this hero drives an early 80s Jaguar XJ-S V12 I have seen on Interstate 394 multiple times.

Currently it is January here in Minnesota. There is snow on the ground, salt on the roads and rolling across those roads is a bleak selection of cars. You have blob-shaped quasi-all-wheel-drive crossovers, the occasional automatic Teutonic sports sedan unbalanced with AWD and a gaggle of sad rusty front-wheel drive 1990s era midsized sedans. It's six months of purgatory for a car enthusiast.

But every once in a blue moon a hero emerges from the masses. This hero gives you hope that car enthusiasts still exist and there will be warm weather again. For me this hero drives an early 80s Jaguar XJ-S V12 I have seen on Interstate 394 multiple times.

Now before everyone cries foul at the notion of ruining such a classic, I promise you it's not a concours car. There are spots of rust and faded paint, It's not perfect. It is far rougher than late-model example pictured above, It is the sort of V12 Jag that looks like it has spent its life in the midwest. What makes this man a hero to me though, is he could have bought any reasonable daily driver for the $5k-9k that Hagerty says the average XJ-S sells at. There are plenty of boring midsized sedans and bland shapeless crossovers to choose from in that price range. Yes, they're more reliable and safer, but they will bore you into hoping your Takata airbag turns into grapeshot. This man, however, said bollocks to that crossover purgatory and made the bold decision that the smooth torquey rush that only comes from 12 cylinders of English pride was worth the commitment and sacrifice required by a 35+-year-old English car.

This is not a move for the faint of heart, the XJ-S is a British car. As we all know the British can make one hell of a car, a car that is known for handling a great many things well but of those things none are reliability. While some eras of British steel are more reliable than others, the most unreliable era was the mid-1970s through the mid-1980s. The era of the XJ-S was also coincidentally the mid 1970s throughout the 1990s, so daily operation of one of these cars as your only means of conveyance is a daily game of Russian roulette. Add to that, the specifics of the Jaguar 5.3L V12 and you really are taking a gamble.

The Jaguar 5.3-liter V12 is quite possibly one of the most temperamental engines ever produced. A compact engine bay with a cacophony of hoses and lines looks daunting. That is nothing compared to the hot running nature of the large engine with a tendency to catastrophically drop valve seats when even slightly overheated. Add an Italian designed ignition system which are two words that combined are terrifying: Italian and Electronics. This would result in a bank of cylinders dumping unburnt gas into the exhaust wrecking the catalytic converter and causing fires.

While, yes, this man may be a masochist or quite possibly a complete lunatic. I prefer to think of him like a Flagellant. Flagellants were the monks in Monty Python and The Holy Grail chanting "Pie Jesu Domine, dona eis requiem" and beating themselves with boards. This man goes through great strife in the name of petrolheads everywhere, proving his faith to relieve the suffering enthusiasts everywhere. We all owe a man like that a debt of gratitude.

Thank you stranger in the V12 Jag! You are my hero.