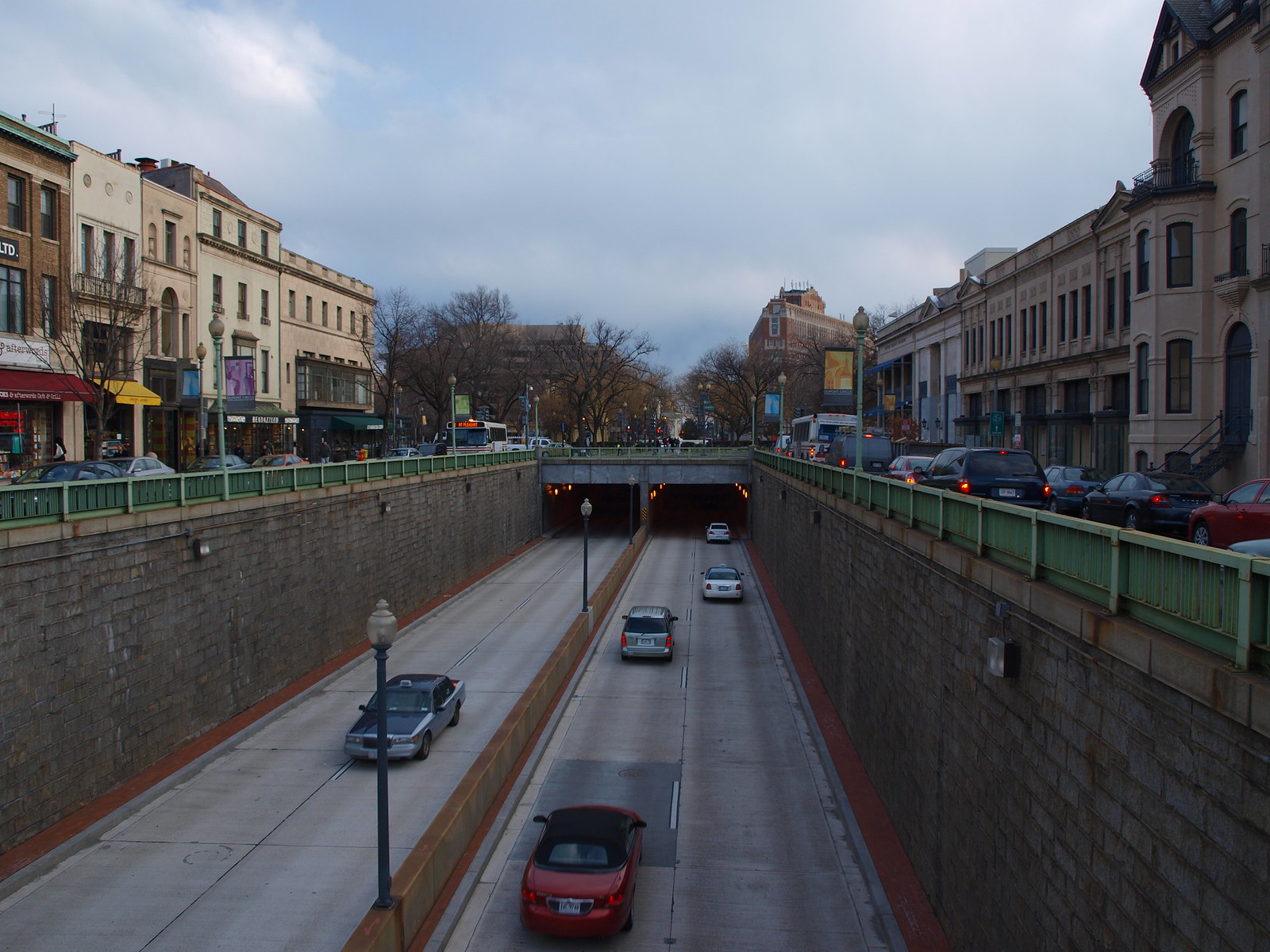 The rites of spring are a part of Easter. The sun warms up the Earth, bringing greenery and bloom to wherever it grows from. This is the one one we all agree on – the permanence of warmth and beauty that makes our lives full. It also welcomes any spring rains to help things grow in the process.

As Easter approaches, we are reminded by the many ways the world celebrates it. Whether we wake up to express our faith or to follow other traditions identified with that date, Easter symbolizes the possibilities of brighter days ahead.

The rites of spring are a part of Easter. The sun warms up the Earth, bringing greenery and bloom to wherever it grows from. This is the one one we all agree on – the permanence of warmth and beauty that makes our lives full. It also welcomes any spring rains to help things grow in the process.

I, too, experienced this sense of renewal on a certain Easter. Twenty years ago, I was fresh from my move east from California. I dove in too deep into my new life in the Washington, DC area and found myself hitting my head on the bottom of the pool. Too many lumps were felt in trying too hard in making new friends without any regard to my professional and private life.

After a deep fall into the abyss of life, things began to turn around. I began a new contract as an administrative assistant for an IT contract at a Department of Defense agency. That would soon become a permanent position with the contract company and a raise towards a more adult wage. That lead to a search for a new home in Northern Virginia.

To do so, I had to go through my own resurrection. It means having to shelve friendships towards personal work. It meant diving into my new job and duties rather than participating in culturally-specific pursuits.

The lid was off for things that would satisfy my soul, such as travel.

Having some extra money in my pocket, I decided to rent a car for the first time on the East Coast. I've always rented cars for years out in California and the West Coast. This would be a start of a series of all-new adventures in a place I've only read about in school texts and magazines.

After some shopping around, I settled on a mid-sized sedan from Avis at Reagan National Airport. It was reserved for the weekend, so it gave me time to look for a new place and maybe some traveling in the area. National Airport was also convenient from my new office and the place I was staying at for the time being – just a change of Metro trains in Arlington. I scheduled it on a Saturday morning with a Monday return. That way, I can commute directly from the airport to the office.

Then came the Saturday before Easter. It was a just block walk to the Metro station. I took the Orange Line towards the District, changing at Rosslyn for the Blue Line towards National Airport. The Metro run was smooth and quiet as I expected on a Saturday morning.

Compared to the usual airports I rented from out West, National Airport's rental car lot was a part of an enclosed garage. It was a matter of walking from the train into the terminal, then back out to the garage itself. All I needed to do at that point was to follow the signs for Avis.

One thing I did to help make things easier for me was to become a Preferred customer. At Avis, this program allows you to skip the lines and go to specific vehicles with your paperwork already printed and your card reserved for the deposit on the car. All I had to do was to look for my name on a huge board to go to where my car was waiting.

Everything seems to worked so far. I found my car and saw my paperwork hanging from the rearview mirror – of a red 1997 Chevrolet Corsica.

Back then, I was not picky. It was a car, right? It had an engine, a transmission, tires, brakes, springs…things we take for granted. On this first rental in the Washington DC area…I couldn't have cared less. I had mobility. I had freedom. A smile broke out of my face.

After I took the paperwork off of the mirror, I started up the Corsica and began to wonder how to get out of the airport and onward to where I needed to be. It seemed so easy – get on the George Washington Parkway and turn left somewhere towards the place I was looking at for my new home our by the Beltway off of U.S. Highway 50. It was not as simple as that. Turn here….OK…turn there…what about Interstate 66? Nope, you'll have to go this way on some road through Ballston.

Who said that driving in the DC Area was easy?

Without getting deeper in detail, I looked at my new home, vibed with the landlord and agreed for her to get back to me when a decision was made. It appeared that the place I looked at out near Falls Church would become my home for my duration in the Nation's Capitol.

The rest of my Saturday was spent learning the ins and outs of the DC Area. Driving in a new city is not a walk in the park – though driving through Rock Creek Park in a good car could be fun. To me, DC, Virginia and Maryland could be easy, given my experiences in other cities. One way streets in the District required a bit of reference from San Francisco, while the suburbs recalled parts of Southern California. These are not fool proof references, but they did help to make out the maps I was reading off when I was driving. Obviously, these were the days before on-board navigation systems.

A short day's driving were in the books. I was emboldened by the experience, but I was looking forward to the next day. Not because of religious reasons, mind you.

Easter Sunday arrived. I promised an acquaintance that I would meet him for a Sunrise service his church was holding near Germantown, Maryland. I left early from where I was staying and headed towards the George Washington Parkway, the Beltway and Interstate 270 to the church grounds. It was a blasting sun from the east, as it began to light up the District and Maryland. Upon arrival, I needed to remind myself that faith knows no difference in reverence.

After I parted ways with my acquaintance and the Sunrise service, I took to the road. The best way I knew – sort of – was to head further north on Interstate 270 to Frederick and to head out westbound on Interstate 70. As a solo driver, I was clearly heading into uncharted territories.

A hill brought me up and over into Hagerstown. This is where Maryland starts to climb into the mountains. That first up-and-over was just a taste of what would come ahead. Instead, I figured to take Interstate 81 south into further uncharted territories. I was nervous – I have only been to West Virginia once that last Christmastime, when I spent it outside of Pittsburgh.

This was a different part of West Virginia. The Panhandle offers both close proximity to the District and to history. Harper's Ferry is the first point of interest when crossing into West Virginia, where the Potomac and Shenandoah Rivers split. For those who work in the District, Shepherdstown offers a quaint small town atmosphere with lower housing prices than the rest of the region. This town offers no stereotypical stigma to living in West Virginia. There were no hillbillies and coal miners here. We often forget that West Virginia offers so much more than what our stereotypes always told us.

As soon as I crossed into West Virginia, I pulled into the Welcome Center north of Martinsburg. It was closed, but full of activity. I pulled the Corsica next to a man listening to a church service at full volume. I got out and found a family offering coffee, punch and pastries to travelers. To this newly minted resident of the Mid Atlantic region, it was all a shock. I absorbed it all without prejudice. I blessed it. It was Easter after all.

My drive continued to Interstate 66 at Middletown, and headed back east towards the District. This would be my challenge to find the exit near the place I was staying at. The countryside west of Arlington and Fairfax was majestic. It lead into Manassas, a suburban outpost that once held a key battle during the Civil War. It was a drive through history – the kind that sustain me through the next few years as a Virginia resident.

My last stop was another church service. I was invited by the pastor of that church, whom I met back in California. She wanted me to see her church, which was located in Vienna near Tyson's Corners. I had more of my fill of the ecclesiastical and reverent parts of the day. Yet, I always wanted to thank God for giving me the opportunity to be in this new part of the world. Again, faith knows no limitation or difference in reverence.

Easter weekend in 1997 was considered a pivotal point in my life. It ushered in a future that would eventually lead to this work. To get there, it would take a leap of faith on a day that fostered reverence. And, all I did was to drive into West Virginia…