The first step in rebooting #VOTY is to backtrack and award the 2015 award.

We felt that there were some vehicles that deserved this award and had that opportunity missed. At this point, there is no recounting exactly how many vehicles were eligible for this award, except that they would have to have been written or photographed while under evaluation on Victory & Reseda within a 12-month period. In this case, the period was exactly from November 1, 2014 to October 31, 2015. V&R will pick up the #VOTY16 considerations from November 1, 2915. All qualifications and procedures for #VOTY16 will be announced in late September.

However, there is the matter of awarding the #VOTY15. We want to make clear that the InCarNation's VOTY15 will be retained by the winner that received it in October of last year. The award being announced here is realigned with the original #VOTY awards, dating back to 2007.

For this award, it was a clear decision to make. The V&R staff conferred and decided that one vehicle should take #VOTY15 that won everyone's hearts and brought new fans to the site.

Therefore, it is an honor to announce that the 2015 Victory & Reseda Vehicle of The Year Award – #VOTY15 – goes to… 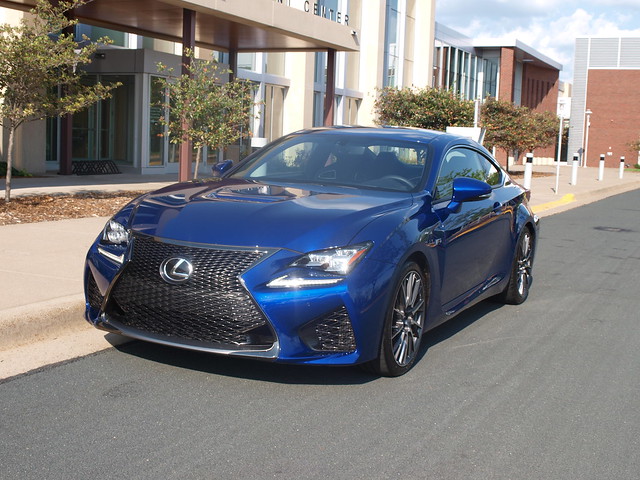 Surprised? We're not. Both Tyler Lipa and I drove the coupe and we came away very pleased by its poise, excellent high speed dynamics, engine and transmission. After driving both the RC 350 F Sport and RC F, this was all confirmed with a cockpit that engages and provides the driver complete control. Not to mention it’s styling. Even Lexus detractors admit that the RC turned out to be an attractive, alluring product for those seeking that combination of long hood/closed coupe styling, excellent performance – even more muscle car-like in the RC F – and Japanese technology and engineering.

Victory & Reseda congratulates everyone at Lexus and Toyota Motor Sales, U.S.A. for their first ever #VOTY! They now join General Motors, Hyundai Motor America, Nissan North America, and Fiat Chrysler Automobiles on this the ninth #VOTY to be awarded by this site.