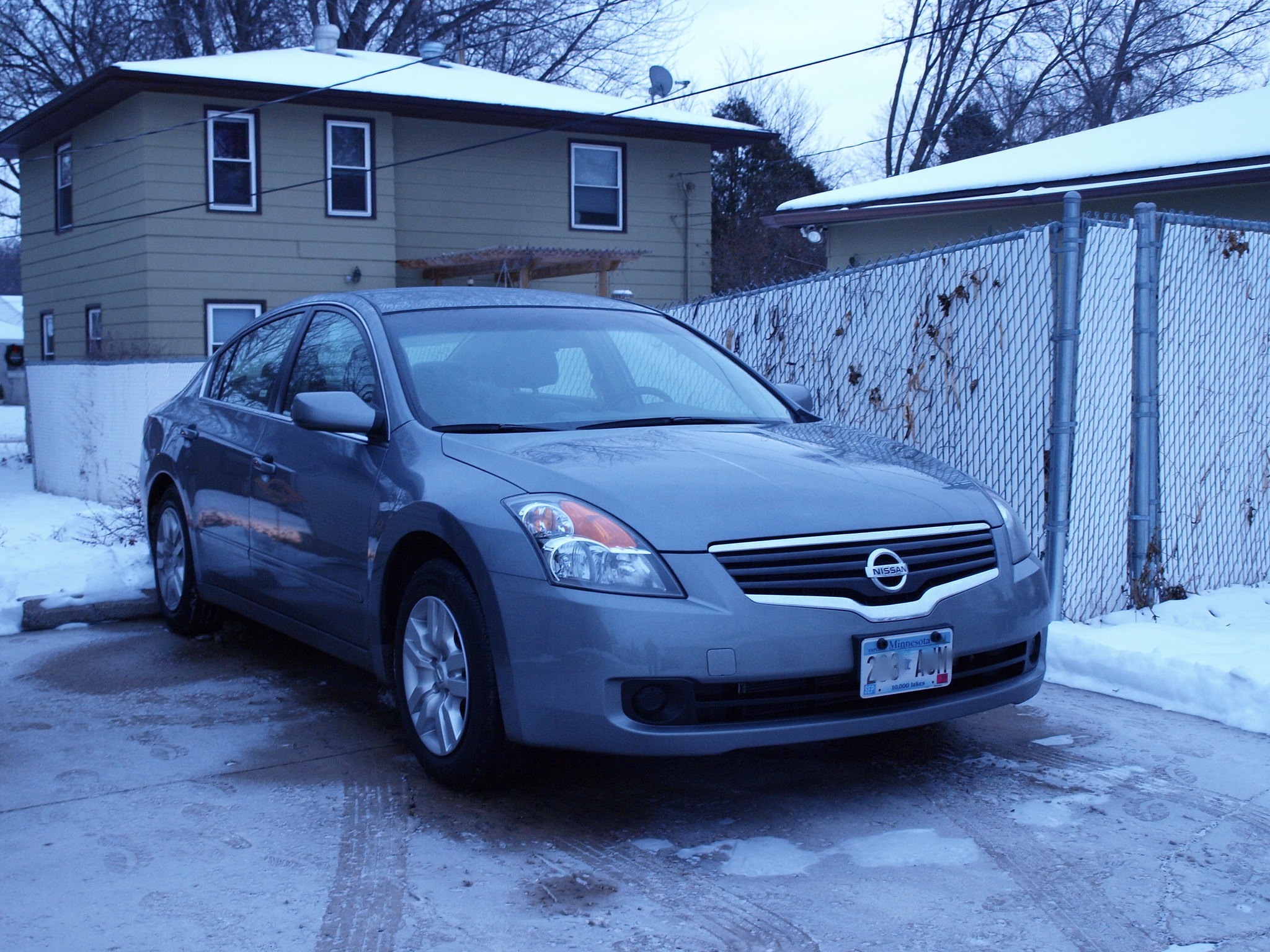 For the past ten years, it always seems that it gets tougher to choose a #VOTY.

That first year, the voting and scoring came down to three vehicles before the Hyundai Sonata squeaked out the win as #VOTY07. Toyota made up the two other finalists, the subcompact Yaris and the Prius hybrid to be exact, made life difficult for me to make that decision between them. The Hyundai won…by a nose.

#VOTY08 yielded the same problem. Three fantastic vehicles were again at the top of the table, with another Hyundai in contention: The rear-drive Genesis flagship sedan. It was joined by two other mid-size sedans in another tight horse race.

After everything was sorted out, we now have a winner. With apologies to the Hyundai Motor Company, this year's VOTY is the second midsize sedan in a row to grab the title. It is not only the first Japanese brand to get the nod, but also the second USA-built car to win it.

In the end, #VOTY08 went to the Nissan Altima.

The reasons are plenty. It is the unsung hero of the mid-size family sedan market. Though there are plenty of Toyota Camrys and Honda Accords out on the roads, Nissan sold its share of Altimas to give it top billing in its North American lineup for 2008. In a tough economic climate, the Altima made sense as a fine mix of distinctiveness and practicality. It was a sporty sedan for the market, but less so than the last generation Mazda6. That enabled even the tamest of drivers to operate the Altima with ease. That is why it is still a popular choice in the used car market.

The Altima gets extra nods for various reasons. Its motors were a sensation, including the highly honored VQ35 3.5-liter V6. In 2008, the Ward's North American Engine list nudged Nissan's best mill off of their top ten, which did not lessen the sensation at all. Plus, the 2.5-liter four-cylinder motor came in a Hybrid edition for those who want something more distinctive than a Prius at a lower cost than a Camry Hybrid.

The Nissan Altima was representative of the work Nissan had done to create some exciting products for our market in the latter part of the first decade of the new Millennium.

As with #VOTY07, the Altima did not win resoundingly. that year yielded a three-car race that was tight until the final vote. The Altima had strong competition from the new Hyundai Genesis sedan and the Mazda6. Both cars offered their own arguments as to their worthiness for #VOTY08. It also offered some long-term lessons towards continuous improvement of the #VOTY process. This is reflected in what you see today and in the upcoming #VOTY17 process.

Back in 2008, I was still learning how to do the task of awarding a "car of the year" accolade from a site that did not have the traffic as it does today. One wonders the reaction the folks at Franklin, Tennessee would have if they were presented with the #VOTY08 trophy. Maybe when Nissan wins another one, we would have to see…

In all, the true enjoyment of driving the Nissan Altima spoke volumes as to its nudging victory by a nose.