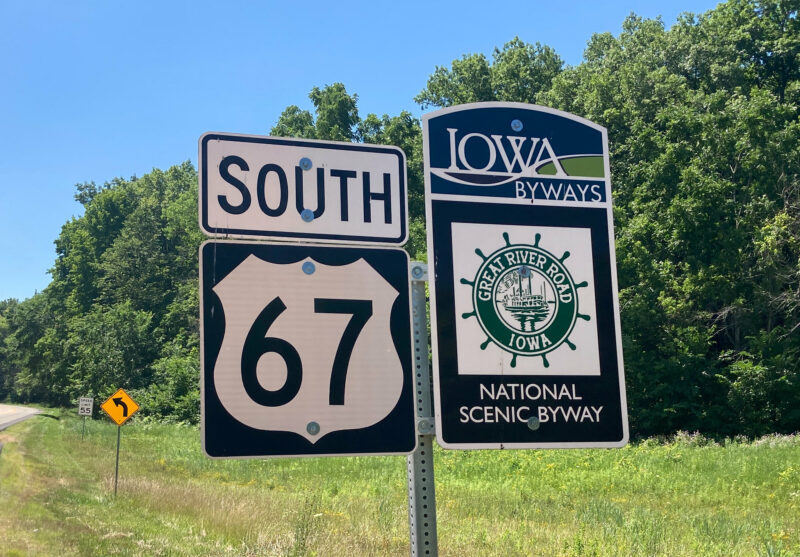 It starts with collaboration, then onward to planning, alignment with publications, then execution. Similar patterns, but different destinations.

You know I love road trips.

This is pretty much like all of the others. It starts with collaboration, then onward to planning, alignment with publications, then execution. Similar patterns, but different destinations. The outcome does vary, however.

This road trip is in collaboration with Toyota and its agency, Allison+Partners, and the magazine. My main purpose is to create a road trip story for its Fall Getaways issue involving a Toyota and some travel resources along the way.

Getting there involved some negotiation and agreements. I thought about doing a run out towards Saugatuck in southwestern Michigan, as well as an option to visit several car museums in Michigan and Indiana. Those ideas were shelved for the time being. I may just do those trips someday.

The final plan was framed by a suggestion from a Toyota communications professional. She had a great idea for a vehicle to do this road trip in – the new 2022 GR86.

I welcomed the suggestion, but I wondered how I would do any trip in a concentrated sports coupe co-developed with Subaru. On the other hand, the GR86 (along with the Subaru BRZ) has been on the enthusiast’s radar for quite some time, as it represents an “affordable” car that is great for both the road and the track.

Once we agreed upon the vehicle, we decided to stick the road trip within our region. I scoured the map and found that I have never been able to take the Great River Road beyond the Quad Cities southward. The “Great River” referenced here is the mighty Mississippi River.

Minnesota is where the Mississippi begins to flow towards the Gulf of Mexico. The headwaters are located at Lake Itasca in the north central part of the state where it would meander across central Minnesota through Bemidji, Brainerd, Saint Cloud and through the Twin Cities. Once it meets the Saint Croix River in Hastings, it would mark the state line between Minnesota and Wisconsin.

The area by the river is flanked by bluffs overlooking it. Some communities meet the river at level, such as La Crosse. The mighty Mississippi River yields many centuries of tales from indigenous and colonial populations. From tragedy to triumph, the Mississippi River is full of tales to be told.

My job is to tell a new tale. Hence why I took this road trip.

This trip was originally set for an early departure on my brother’s birthday to the hub for these stories: The Quad Cities. The term stands for the four cities that are clustered together as a metropolitan region, comprising of Moline and Rock Island on the Illinois side, Davenport and Bettendorf on the Iowa side. We settled on a hotel in Davenport as my “base of operations” for majority of the trip.

However, I altered my plans somewhat. After a rough series of personal and professional events, I needed to get on the road sooner than later. I made the decision to leave as soon as the GR86 arrived for a “staging night” in Rochester.

A “staging night” is where I take a step forward on my original routing to jump start the trip. It allows me to get acclimated to the road and to get any necessities that I did not pack for the trip. Rochester is approximately 90 minutes from my home and is on the planned route towards the Quad Cities.

After my staging night, it was time to tackle the first leg of the route. The plan is to stick to US Highway 52 southbound into Davenport through Decorah and Dubuque. In years past, there was always some sort of issue with US-52, whether it was damage due to flooding from the Mississippi River or some constant construction along that section of the highway.

After a quick check on the Iowa Department of Transportation’s website, I saw that US-52 was open all the way through to the Quad Cities. A good sign, perhaps?

My routing went according to plan. The roads were surprisingly good and the GR86 responded accordingly.

I finally got to see the mighty Mississippi in the town of Guttenberg. It was a stunning sight to behold. Some say the water was muddy, but it sure shined on the surface.

A missed turn in Luxemburg after wrestling with my magazine’s mobile phone found me in a construction zone on the way to Dubuque. Iowa Highway 3 was shut down near the banks of the river, which gave us a very interesting and winding detour – elevations and all.

You see, there are some good roads in these “flyover states.”

After more meandering southbound through Clinton, I made it to into the Quad Cities. My “base camp” for the next few nights is the elegant and historic Hotel Blackhawk. This property is part of Marriott’s Autograph Collection, which gives it a loftier status than your mere Marriott or Sheraton.

Needless to say, my partners on this trip spoiled me rotten. This room might not be a suite, but it certainly feels like one. I am literally next door to the pool and hot tub, which is a bonus. My bathroom had both a tub and a stand-up shower, along with an office space rivaling the one at my new home.

Most of meals through Friday morning have been at the hotel. All of which had been just great – and within budget. There were absolutely no food challenges along the way.

Friday started with some rain. I realized I forgot to pack anything to protect me from it. Of course, the GR86 was a rear-drive sports coupe riding on Michelin Pilot Sport 4 tires. I figured it will be a fun day traversing around town. After all, I was on magazine business.

With most of that business completed before noon, I had some “free time” available to check out the Quad Cities themselves. This included a run on the new I-74 bridge that was under construction the last time I was in the Quad Cities.

That lead to a chase for a rain jacket that I forgot to pack and a nap before attending the Quad Cities River Bandits game against the Great Lakes Loons at Modern Woodmen Park in Davenport.

Our 6:30 PM start was delayed to 8:00 PM due to post-rain field conditions. Just before they were ready to lifet the delay, the field was determined to be unplayable. Therefore, they cancelled the game entirely.

All was not lost. However, I will not spill the tea on anything post-leaving the ballpark. One thing I can say is that I left that newly-purchased rain jacket back at the ballpark.

A better night sleep turned into a cloudy Saturday start. My goal was to follow the Great River Road Byway and the more direct route through the southeastern Iowa river towns of Muscatane, Burlington, Fort Madison and Keokuk.

In a sense, I was just bumbling and stumbling through my routing. I missed a couple of cities for the purpose of time.

Before noon, I made it to Keokuk. I was underneath the US Highway 136 bridge into Illinois with a riverboat down the river, by the old depot. I was a few miles from Missouri, but that was not the assignment for this story. Simply put, I ran out of Iowa along the Mississippi.

My return routing finally got me to the Great River Road Byway. Lunch was in Fort Madison, the first Amtrak stop in the state. It was also home of a historic fort that protected the Mississippi from themselves. It is also home of the Iowa State Penitentiary. There‘s nothing like grabbing something to eat while looking at a guard tower.

The thing we forget about taking a byway is the discovery of places that you never thought existed. It is worth repeating that not only there are good roads in “flyover states” – in particular, Iowa – as there are great scenery that is memorable and befitting of the Mississippi River’s recreational pull.

My return to the Quad Cities meant that I had one more night in this elegant and historic hotel. I needed to unwind, but I found myself at a pizza place that might just rival one of our favorites. Located down the street from the hotel, LoPiez makes slices that are huge – and are really good. They have another location in downtown Moline, as well. Sorry, Joey Nova’s…

Let me put this road trip story on pause. We’ll pick it up the next morning as I jumped over the new I-74 bridge to discover another section of the Great River Road…

DISCLAIMER: Vehicle, some of the lodging and logistics of this trip were provided by Toyota Motor North America and their associated agency. Other trip expenses were paid for by Victory & Reseda.