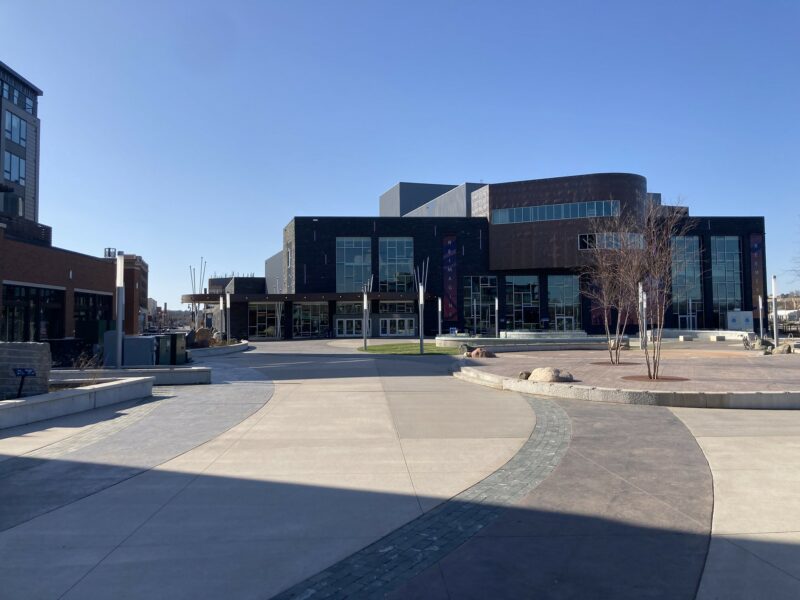 You can’t really escape from stress because it is connected to your devices. You can shut them off or skip certain software and websites.

It was indeed the “calm before the storm.”

This quick trip to Eau Claire, Wisconsin was brought on because of the preparation for “the storm.” At this point, I’ll refrain from explaining anything further what “the storm” truly is.

However, I needed some sort of escape from it all. You can’t really escape from stress because it is connected to your devices. You can shut them off or skip certain software and websites. But, could you? That is the challenge, isn’t it?

Keep in mind that Eau Claire is a 90-minute drive from where I currently live. That’s nothing, really. However, the Western Wisconsin city and one of two hubs for the Chippewa Valley could be just a world away.

What some folks outside of the Midwest do not realize that there are two distinct worlds between the states of Minnesota and Wisconsin. Hence why there is a rivalry between the two states that goes beyond major universities and National Football League franchises.

The Chippewa Valley may seem like a “happy medium” for us in both states. Perhaps, so. Perhaps, not. After several trips out this way, I can always point to its difference between my own familiar environs and being in Wisconsin.

Perhaps I end up reflecting on my own experience with a state I lived in for almost four years. Most of those experiences would not be considered favorable. Yet, I found the opposite experience in the Chippewa Valley. I find it more comfortable than any Wisconsin community I have visited.

Further to the point, I have to reflect on more recent times. Compared to a media drive event I attended in another part of the country earlier in the week, Eau Claire and the Chippewa Valley are simply down to Earth.

Perhaps one of the reasons for these thoughts center on the people that live in the Chippewa Valley. I had the good fortune to befriend a few folks in that area. One of which had become a staple on local radio. Another couple just became partners in one of the dealership groups in the area.

Usually, a run to Eau Claire and the Chippewa Valley would be for a day trip. After all, it is a 90-minute drive. There were occasions when I spent the night in town. I try to diversify the places where I stay, when I do spend the night.

This time around, I found the Home2 Suites by Hilton at the Oakwood Mall a good place to stay. The property and the rooms were very modern and neat. Plugging in with a phone and laptop were excellent, as were the bathroom, bedding, and furnishings. Because it is an all-suite hotel, you had modern kitchen appliances and dishware to meet your needs.

There are other Hilton properties worth checking out when traveling to the Chippewa Valley. The Hampton Inn in Chippewa Falls is accessible off US Highway 53 and Wisconsin Highway 29. It may be a bit a distance from downtown Eau Claire, but you can get there within minutes. Downtown visitors may want to look at The Lismore hotel, which is a Doubletree property.

There is a cool coffeehouse at The Lismore that is local – and very good. Eau Claire Downtown Coffee – also known as ECDC – serves up fantastic coffee drinks, teas, smoothies, lovely baked goods, breakfast and lunch items. The location is perfect, since The Pablo Center at The Confluence, Haymarket Plaza, and Phoenix Park are just blocks away.

The Pablo Center, Haymarket Plaza, and Phoenix Park overlook the split of the Chippewa and Eau Claire Rivers. These two rivers define the Chippewa Valley and give the area’s its essence. It could be buzzing with events, including the Saturday Farmer’s Market, while offering a calm respite from the chaos of life.

Nearby is the campus of the University of Wisconsin – Eau Claire. It, too, overlooks the confluence of the two rivers, and creates a near-majestic stance defining the city.

Just like many communities, there are pockets of neighborhoods that just pop out after you search for them. The Water Street District serves the UWEC community, as well as locals looking for good local eats. That strip also is the home of the only Kwik Trip I know that does not have fuel pumps and a car wash. Just a convenience store – a sizeable one, at that!

If you’re looking for shopping opportunities, the area around Oakwood Mall is a good place to start. The mall might not be as vibrant as it once was, due to anchor store closings and such. It remains a hub for shopping and dining in the Chippewa Valley.

If you’re looking for charging for your electric vehicle, the Electrify America station is at the Walmart off of US Highway 53 at Golf Road. It’s a short hop off Interstate 94. Give them credit for putting it there!

I did not drive an EV out to Eau Claire this time. A rented gray 2020 Kia Forte LXS did the trick. A familiar steed that delivered on everything I asked for it. It was the perfect vehicle to manage Eau Claire’s potholes and the stretch of Interstate 94 going to and from the Chippewa Valley.

However, there is a highlight of the quick overnight trip. Remember my friend Tom Stryker, an air personality on Eau Claire’s I-94’s morning drive show? We met up at the Altoona Family Restaurant located east of Eau Claire for lunch. The food was good, the conversation was good. He’s doing good things in the Chippewa Valley market – ranked 220 in the nation among broadcasting markets.

Of course, this is not a one-and-done trip for the year. There is at least one more run to go – maybe two. The next one is for the magazine on June 11 for Pride in Phoenix Park. There is another time I’ll be back with one of my car clubs in August.

Still, the Chippewa Valley is a quick getaway to relax and breathe. It is only a short drive from the Twin Cities – and worth the mileage.