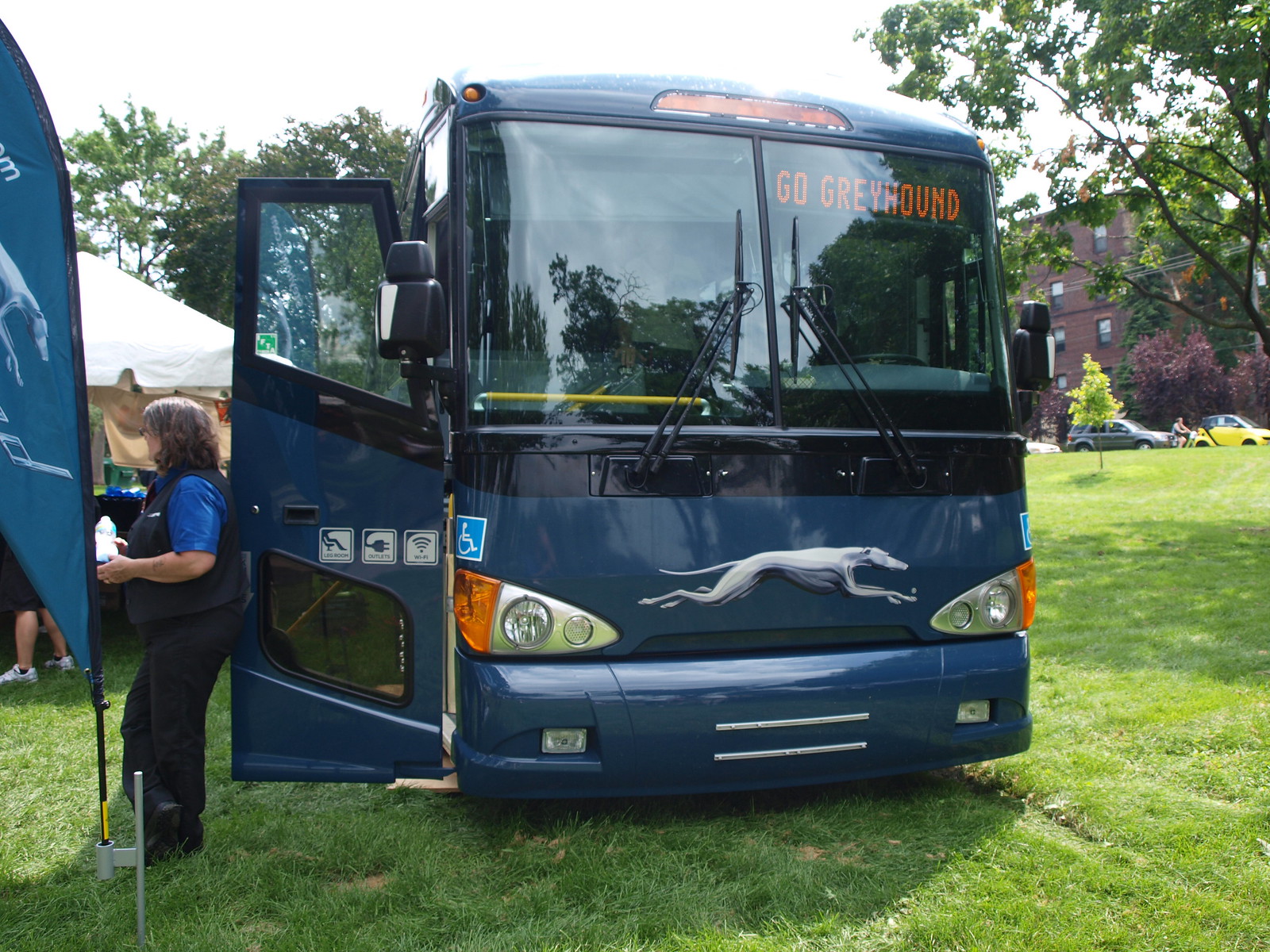 This last road trip was, at best, interesting. I saw a friend in Madison and went around the place I once called home.

Sure, getting there was half the fun. Going home is a different story.

This last road trip was, at best, interesting. I saw a friend in Madison and went around the place I once called home. Then, took in Chicago a day early to add a new experience on my way to close the baseball blog, The Heirloom.

The GMC Terrain paved the way for this trip to happen. However, I did not drive home. The vehicle was based in Chicago, so I dropped it off there. I ended up coming home a completely different way.

Normally, I would fly out of O'Hare. On a short notice, airfares were not in the offing for my budget…even out Midway. Amtrak was an alternative, but I had to be back on a contract site early the next morning. The late arrival of Amtrak into St. Paul would not work there, either.

Flash back to August. I was sweeping through a couple of the summer art fairs in Minneapolis to see what I could see. At the Loring Park Art Fair, Greyhound was promoting their Express bus service connecting Minneapolis with Milwaukee and Chicago. The Greyhound Express was the intercity bus service's answer to the ultra-bargain service by Coach USA – Megabus.

As we have seen air travel change with the continued merging of the industry and the frustration with airport security, alternatives have been seen as a way to fulfill the need for travel during these recessionary times. Intercity bus services had been going through some changes with Greyhound pulling out of many markets for regional intercity services to operate in those areas. In the Upper Midwest, Jefferson Lines provides major links out of Minneapolis to many large and small communities throughout the nation’s midsection.

However, Coach USA came up with an idea to simulate their British subsidiary's huge success story stateside. They have done so by using double-decker buses with increased capacity and fewer stops along the way. On Megabus, you can plug in your devices and use Wi-Fi to connect to the Internet on board. The main attraction is the low fares – one dollar could get you from Minneapolis to Chicago, for example.

There are drawbacks in using Megabus. While Greyhound continues to operate in depots across the country, Megabus does not operate such facilities. They normally stop at curbsides or park-n-ride lots – sometimes without a public transport link nearby. Not to mention that you cannot walk up to a bus and buy a ticket. All fares are sold online on the Megabus site.

This is where Greyhound Express and other similar services First/Greyhound began to compete against Megabus. By using Greyhound’s current infrastructure, the Express service began by offering the same low fares found on Megabus. You can still buy tickets at the depot if seats are available on an Express run. In Chicago, there is a food counter available for passengers before they depart (or when they arrive). Not to mention, Greyhound still does a break stop in Tomah, Wisconsin with their Express service.

I’ve experienced Greyhound's Express back in February for a run to Madison and found it to be amenable for that trip. On Greyhound's newest buses, you get extra legroom with leather-like seating, power outlets, and onboard Wi-Fi connectivity. Express means lesser stops between key cities, similar to Megabus. The passenger area seems a bit better sorted than on most intercity buses in the past.

At the Loring Park Art Fair, I checked out the Greyhound display – including one of their newest buses and some of the friendliest folks they employ – and was given a voucher for the service. I figured I'd use this eventually; the voucher came in handy on my ride home from Chicago.

I'm not one who likes to travel for more than a few hours unless there are things to do. That's why I like Amtrak for the Twin Cities-Chicago run when airfare is out of reach budget-wise. If the price were right, I would prefer to fly – if it means having to go through the Transportation Security Administration checkpoints at the airport. That is another discussion entirely.

Also, traveling by intercity bus has its challenges. There is a class dynamic that is associated with travel by Megabus, Greyhound and the like. Do you feel safe riding in these buses for several hours? Are the depots safe as well? These are questions I always had when presented with the opportunity to travel this way.

Because most of the patrons of intercity buses are poor, the stigma of riding the bus is still strong with several populations. In some cases, you have to if you cannot drive or are unable to fly. However, snobbery and classism have not prevented Coach USA and Greyhound/First from seeing their services succeed in the face of rising fuel costs and continued economic instability.

I'm proof that it works. The good news about surviving the seven-plus hour run from Chicago to Minneapolis was that I was able to get a vehicle review out and work on two other pieces – this one included. I got in lunch and dinner along the way and arrived in time to hit the hay before heading into my contract with a local healthcare firm the next morning.

The bad news was a throbbing headache and a simmering stomach. That after seven hours of being enclosed on that bus across three states. At least I slept it off with some medicine just in time to head to my contract site.

Sure, the bus certainly fit my schedule back home. However, it did prevent me from doing some other things in Chicago. Like, having lunch with one of my automotive contacts. I figured there would always be the next time in Chicago for such meetings.

The larger question is would I take another intercity bus again? It depends. There are some cases where that would be the best way to go, especially when I am not reviewing a car. I have done Duluth before, which is still doable. However, I can see a value in a run to Fargo to see friends there.

As the Madison run, Amtrak would be desirable if the train actually stopped there. A person would have to come to get me at their station in Columbus, 20 miles northeast of the Isthmus. The other alternative is to take the train to Milwaukee and take either Greyhound or Badger Bus into Madison. Flying between MSP and Madison remain not cost effective.

For Chicago, it's still a choice between Amtrak and the airlines. Detroit is another destination I have been planning for a while. In this case, a train would mean a full day of travel getting into the suburbs after midnight, or leaving extremely early in the morning for another full day of travel through Chicago's Union Station. Nonstop airfares are extremely high between MSP and Detroit Metro Airport, but one could do a one-stop itinerary through Chicago (either through O'Hare or Midway) for almost half of a non-stop fare.

The reality of travel is this: If you're doing this on your own, or with your family, your budget will ultimately dictate not only how you will get there, but how much everything will cost in the end. If it dictates taking an intercity bus, I hope it's a safe and pleasant trip.