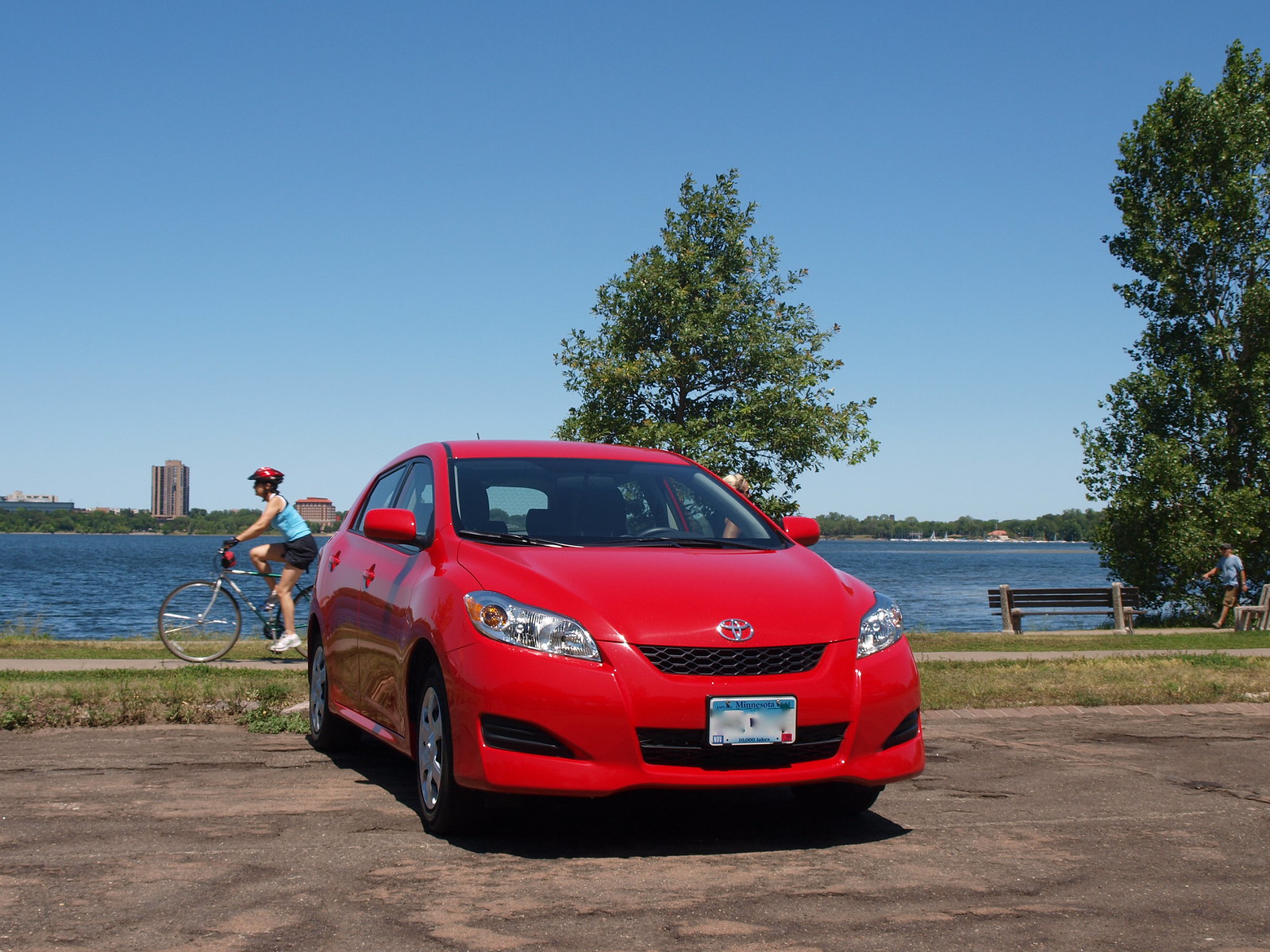 If marketing drives a consumer decision, can there be anything else to convince a cultural group to be loyal to a particular brand?

If marketing drives a consumer decision, can there be anything else to convince a cultural group to be loyal to a particular brand?

There are a lot of LGBT folks who do not want to just be shown some fancy marketing piece to entice them to buy a product. They want to know where their dollars are going. Will part of the proceeds of their purchase be used to protect employees from discrimination because of their sexual orientation and/or gender identity? Will the same monies be used to encourage LGBT employees to seek benefits for their partners, including health and life insurance policies? Will the profits off of their vehicle purchase or service also be used to help fund resource groups for LGBT employees to connect with each other across the company?

In preparation for this part of the series, a survey was created to find out consumer attitudes towards automobile brands and their support of the LGBT community inside the walls of corporate headquarters – or the assembly plant floor – and out.

The survey’s results were quite interesting. When asked whether the reasoning behind purchasing their current vehicle was influenced by the brand’s commitment to their LGBT employees and the community at large, no one stated that it was the case. Neither where they aware that the brand of vehicle they purchased actually had non-discrimination policies for LGBT employees in their human resources books, or offered health insurance coverage to same-gender partners in a relationship with an employee.

When asked whether their next purchase of a vehicle would be influenced by a brand’s commitment to the LGBT community, 61.9% of respondents said they would buy a product from a company that actually supports the community and their employees. However, only 55% of respondents stated that it truly matters whether or not the product they purchase is through a company that actively supports their culture.

How can a consumer find out whether the brand of automobiles is indeed supportive of the LGBT community? There is concrete information available through the Human Rights Campaign by reading their Corporate Equality Index report. The HRC regularly surveys companies across the USA to find out exactly how they interact with their LGBT employees as well as provide support to consumers in the community.

According to the HRC, the following automobile companies were given a perfect score in the CEI: Chrysler LLC (Chrysler, Dodge, Fiat, Jeep, and RAM), the Ford Motor Company (Ford and Lincoln), General Motors (Buick, Cadillac, Chevrolet, and GMC), Subaru of America, Toyota Motor Sales USA (Lexus, Scion, and Toyota) and Volkswagen of America (Audi, Bentley, and Volkswagen). While Nissan North America (Infiniti and Nissan) earned a score of 50 in the CEI, Mitsubishi Motors Manufacturing of America, located in Normal, Illinois, did report to the HRC that they offered medical coverage for same-gender couples despite not earning a score on the report. Honda Motor Company, Ltd. (Acura and Honda) also did not turn in a score, though they did report they offered employment protection based on sexual orientation.

In addition to the brands as scored by the HRC, GayWheels.com also states that the following brands are considered gay-friendly based on employment policies at their companies: Aston Martin, BMW, Jaguar, Land Rover, Maybach, Mazda, Mercedes-Benz, MINI, Rolls-Royce, Saab, smart and Volvo.

Perhaps the most important piece of information a consumer would need is whether the labor force is offered protection within its union as well as by the employer. The automotive industry is split between union shops and non-union shops in terms of manufacturing and other industrial operations. The largest union in the industry, the United Auto Workers, shows up on HRC CEI without a rating. However, the UAW offers employment protection based on sexual orientation, as well as ensuring that their contracts and companies they deal with have the same provisions available for their LGB (not T) workforce.

Looking back at the survey for this piece, the participants were asked which brands and companies they would identify as supporting their LGBT employees and the community at large. Their responses agreed with the HRC’s CEI report, with Subaru, GM, Ford, Chrysler and Toyota as their top responses. Volvo was also amongst the respondent’s top five choices, yet the CEI rating does not reflect the company as an independent entity after Ford’s sale of the Swedish automotive firm to Geely. However, the Volvo Car Corporation has instituted their own policy of non-discrimination of their GLBT employees to be implemented worldwide.

If you look beyond the HRC’s ratings and other knowledge out there of manufacturers and suppliers, one must question the practical application of these policies and practices inside these facilities. Without being inside a manufacturing facility or a head office of an automotive entity, a consumer may not exactly know whether the people presenting the product they spent money on “walk the walk and talk the talk.”

There is evidence of companies walking the walk. Toyota Motor Sales USA employs a corporate culture as dictated by their headquarters in Japan: “The Toyota Way.” Simply, it is how Toyota does business, treats their employees and presents themselves to the world. As someone who has worked in varying corporate cultures, I can certainly see the impetus for The Toyota Way as being a unifying driver towards a successful, transparent and philanthropic company. Whether it is at Toyota City, the national headquarters in Torrance, California or one of the plants they operate in North America, you can see where The Toyota Way would equal to the cultures at Target Corporation, Best Buy, Medtronic, General Mills or any major employer around the world. It is not perfect, but it helps to have a single idea to keep the company going through both good and bad times.

One of the elements of the Toyota Way is called “Respect for People.” Toyota’s definition is simple: Anyone who works for the company anywhere in the world gets the company’s respect unconditionally. The global version of this is translated into one of the USA operation’s programs called Diversity and Inclusion. This program is filtered from the Torrance offices, through its manufacturing operations, parts distribution centers, its regional sales offices down into the dealerships. Toyota has made it clear that its LGBT employees are an integral part of this program, and is also covered by The Toyota Way and Respect for People. Toyota is one of several entities in the automotive industry to have an employee resource group company-wide – called Spectrum.

Through Spectrum, Toyota's LGBT employees not only can stay connected with each other, they help sponsor events and give to local charities. This year, Spectrum will support The Trevor Project during Pride Month in June, while Toyota will be sponsoring the City of Los Angeles June Pride and Heritage Month.

Toyota is not alone in ensuring its LGBT employees are an integral part of the workforce. General Motors’ employee resource group, PLUS, won awards for their work inside the company and in the community. The Ford Motor Company, Chrysler Group LLC, BP America, Chevron Corporation, Cummins, DuPont and Shell Oil also have ERGs inside their companies.

Though it is easy to pat companies on the back for being advocates for their LGBT employees, there are still questions looming on whether consumers can trust a company to back their product beyond just simple after-sales care. For example, are there any drawbacks to being supportive even in the face of a vocal minority intending to create a policy to reverse the rights earned by LGBT citizens? Certainly, a company would be more apt to welcome everyone into a retail space to purchase a product. However, Ford demonstrated they could maintain the company’s support of LGBT employees and customers even in the face of the boycott against their products by the American Family Association in 2005. A company that sticks to its policies and balances the needs and wants of every consumer is a value most potential stakeholders want to see.

What about situations where they have facilities located where it is still legal to fire an employee for being gay or transgender? In many cases, there is a delicate balance between state law and company policy. It would depend on where a grievance would end up, and whether the state employment entity would pursue the law even if the employer’s policy states otherwise.

This is a lot for a consumer to think about it. This is perhaps, according to the survey mentioned above, why many of us never think about whether a product is backed by a company that welcomes us into the fold. Is it a question of pocketing the money, thanking us and letting us go about our business of consumption? Or, should there be any incentive for customers to buy their product knowing their money is going towards meaningful intentions in agreement with their lifestyle?

Then again, what if there as a company or brand where their intentions turned against a demographic? As we saw with ExxonMobil with their repeal of their employment protection policy, and are starting to see with Nissan North America due to their association with a group supporting an anti-LGBT education policy bill going through the Tennessee state legislature, their actions – direct or otherwise – there are ramifications when action against the LGBT community could reflect on consumer behavior.

The key for a consumer – any consumer – is knowledge. Not just knowledge about their product you are buying, but the knowledge of whether you are indeed buying into a company that supports you both inside the walls of their facilities and out. It is true about the old mantra of “knowledge is power.”

But, here’s a thought: Just as these companies implemented policies against discrimination on the basis of sexual orientation and gender identity, consumers shouldn’t have to discriminate on the basis of the business practices they execute. Then again, should they? Ultimately, your pocketbook and conscious should decide.