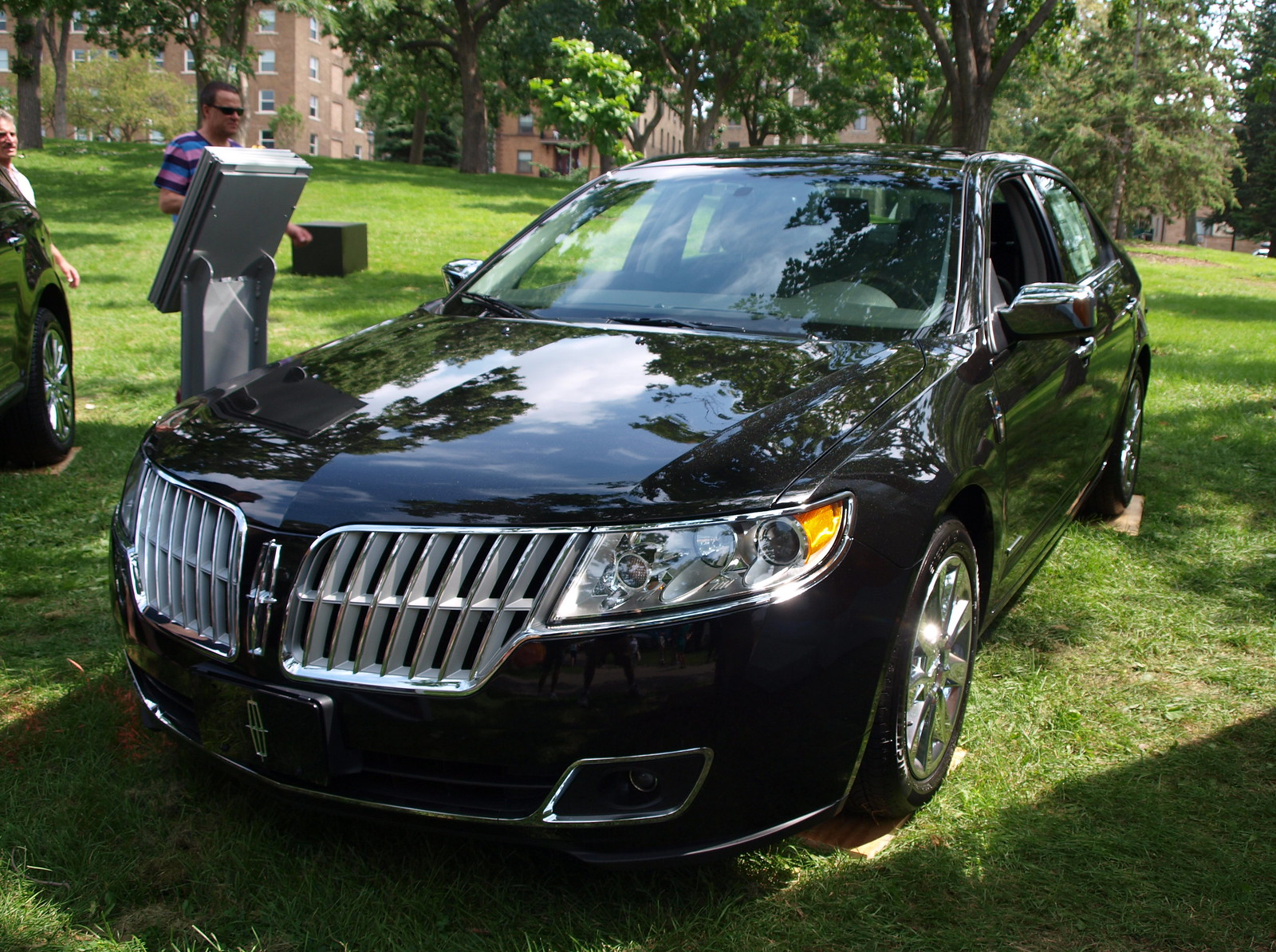 If you've seen "The Sound of Music" a few times, you have to wonder why these nuns would have a problem with Julie Andrews in the first place! Then again, she would become the nanny for the Von Trapp family, have their children deal with their absentee father by becoming a world famous signing troupe, and then escape the Nazis out of Austria so they could live freely somewhere else.

If you've seen "The Sound of Music" a few times, you have to wonder why these nuns would have a problem with Julie Andrews in the first place! Then again, she would become the nanny for the Von Trapp family, have their children deal with their absentee father by becoming a world famous signing troupe, and then escape the Nazis out of Austria so they could live freely somewhere else.

Now that I can recite this concise story line from "The Sound of Music," I guess I could retain my Gay Card…

However, I see the line above as a metaphor. My camp side (which is not how I roll, BTW) gives me the permission to use this metaphor whenever I see an issue in the automotive industry. It helps me understand why there is such a problem and what kind of solution could I figure out if I had enough clout in the boardroom.

What's the problem now? Or, rather, who's the Maria this time around?

In another Twitter chat recently, we took our gumption to solve the world’s problems towards understanding how to resolve Ford's luxury car predicament. Some of my fellow automotive journalists, bloggers, enthusiasts and other car folks suggested a slew of ideas. Nixing the dual-winged waterfall grille was amongst the changes that were suggesting. Making Lincoln's design language return to the days when they shocked the world – that would be 1956 and 1961, for those keeping score.

Some of us even suggested just nixing the brand altogether.

The latter makes sense since Ford has simply vacated the luxury and premium market worldwide – except for North America. Even here, Lincoln’s models are not as distinct enough from the highest contented Ford versions. The design and pricing are just too close together to each other. Yes, you get an extra year on the warranty and some other fluffy benefits by buying a Lincoln and some models have exclusive drivetrains that somehow distinguish themselves from their Ford counterparts.

The big issue has been overall design. Now that Europe, Japan, Hyundai and Cadillac set the tone for the premium market, Lincolns simply fall short of expectations for those looking for something special.

So, how we solve a problem like Lincoln? Here’s my several cents worth…

DEFINING LINCOLN: The luxury arm of Ford should reside in a position that would by lofty and attainable. It should embody a design language that is risky and memorable. The idea of retro was fine when they introduced the first MKX with the grafting of a 1963-esque grille. There was a concept that reminded us of Lincoln’s greatest gift to luxury motoring – the 1961-64 Continental.

Can we go back to 1961 to style a Lincoln worth buying? We could go back to 1956 when the Continental Mark II raised the bar for American luxury at the time. The price alone gave it a cache currently enjoyed by the likes of Bentley, Maserati and a few chosen Mercedes-Benzes.

Unfortunately, Ford attempted to do retro on their final Thunderbird – and failed.

The point is that a Lincoln must not be a Ford at any cost. It has to be distinctive enough for luxury car buyers of all stripes to aspire to – inside and out. If it means bringing back the 1956 Mark II and 1961 Continental in terms of styling, so be it. Maybe they could explore the 1984 Mark VII and 1993 Mark VIII as inspiration for a Lincoln above all else?

By going down this route, it will mean making some drastic decision to ensure Lincoln remains at the top of Ford’s North American food chain. It all comes down to what needs to be offered under this brand.

THE PRODUCTS: How do I approach Lincoln's product offerings? Trim the entire line down to two models: A sedan and a crossover.

Personally, I'd rather just have the sedan. Our own marketplace dictates otherwise.

They should have names attached to them – not letters. Better still, why not call them Lincolns? What’s wrong with them the Lincoln sedan and the Lincoln crossover? Old Lincoln names are out, however. Bentley's got the Continental name now. Zephyr was trashed by the folks at Ford. Capri is considered a Ford in Europe – and some wayward Mercury. Cosmopolitan is still on the table…but, we don't live in the 1950s anymore.

My ideal Lincoln is rooted in two products unfamiliar to American audiences: The Ford Falcon and Territory. Both models are framed by a rear-wheel-drive Australian-developed platform that enthusiasts had been screaming for going on eons. The platforms themselves can be easily transformed with different shells that mark distinctive Lincoln design cues, while maintaining the driveline and robustness of the Falcon/Territory platform.

Under the hood should be the 3.5litre EcoBoost V6. The direct-injected turbocharged greenhouse emissions friendly V6 will yield 365HP with a modified 400lb-ft or torque. The higher torque is designed to make this EcoBoost more amenable for Lincoln owners, as well, as help boost the trailer tow ratings for the crossover model. Should the EcoBoost V6 be the only engine available? I believe so.

This EcoBoost should be connected to a six-speed automatic as found on the Falcon/Territory. Both rear- and all-wheel drive systems should also be used. The idea is to load the Lincoln models with more than enough advanced technology as possible.

Inside, each Lincoln will have the usual amenities found in current products. MyLincoln Touch is at the top of the list with all of the SYNC elements, plus exclusive concierge services, a connection to roadside assistance, automatic accident and stolen vehicle response mechanisms, social media plug-ins, HD and SiriusXM satellite radio, Pandora and TuneIn Radio streaming audio, and a secure in-car WiFi network.

Technology is one thing, but interior quality is another. This should be a wood-free environment with honest, high-quality materials from leathers to plastics, carpets and accent finishes. There should be room enough for five adults in the sedan, seven people in the crossover. Everything inside must be taken up a notch from what is currently offered in the Lincoln line.

One such design element may require some extensive thought. If the design of a new Lincoln sedan is to be a paean to the past, what about including suicide doors? That may be a tricky situation given current and future safety regulations. It is doable if a Lincoln owner can live with a similar B-pillar design as the Rolls-Royce Phantom. A strong, but thinner profile B-pillar has to work if only it ensures structural rigidity along with built-in safety for the cabin. The crossover should use a conventional door design.

As for the manufacture of these two Lincolns, perhaps it is best that it would be at a plant in North America as opposed to assembly back in Australia with the Falcon and Territory. There are four production facilities worth exploring: The Auto Alliance site in Flat Rock, Michigan, Dearborn Assembly (also known River Rouge), Louisville and Kansas City. One could feasibly see the two vehicles either constructed together or at separate facilities. Ideally, it would be advantageous to build the two together to maintain quality levels that are consistent with the brand.

CHANGING RETAIL STRATEGY: With all due respect to the remaining exclusive Lincoln dealers across the USA (I happen to know a few in Minnesota and Wisconsin), but your dealers would most likely not exist under my plan.

Hyundai currently sells their Genesis and Equus lines in a showroom inside of their current space. It appears to be a room off to the side of the dealership's main space. This represents a more open design to engage customers towards their products.

Lincoln is currently set up at shared Ford dealerships as such. However, I would reduce the floor space to accommodate the new lines (sedan and crossover) and create a defined area that divides the two brands accordingly. The buying experience must also be defined as well – reflective of the price points and re-imagined cache Lincoln must achieve to compete in the luxury market.

Could these two Lincoln be sold elsewhere? Maybe not Europe, but Australia, New Zealand and the Middle East are possible new markets. They could be sold as an extension of the Ford line – perhaps just the sedan to be sold in these places. The crossover could gut Territory sales in the Trans-Tasman zone. It would also give Ford a more distinctive product to again match the Holden/Chevrolet Caprice.

There are some that may disagree with having Ford re-imagine the Lincoln brand as a top-tier simplified two-vehicle lineup sold alongside their blue oval brethren. However, the economics of today's automotive industry point to more simplified and cost effective choices for the consumer rather than creating niches out of multiple models. Only those companies who have the consumer base to create niche products can afford to do so as long as there's enough sales to balance out the niche models with their mainstream ones.

Remember when Lincoln only sold one car? That was when they truly changed the American game forever. Those opportunities still exist. All Ford has to do is to cancel its entire lineup and create two – if not just one – product that will turn heads again. That is what it takes to re-imagine Lincoln back into the luxury car game.