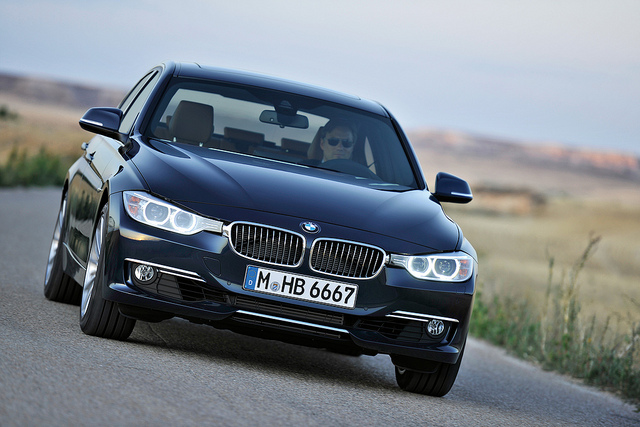 I understand why the 3-Series is both loved and hated by everyone. It is a symbol of prestige and performance. When you make it in life, the 3-Series is on your shopping list. If you want an enthusiast sedan for under $35,000, you consider one. Or, you avoid anything having to do with the Roundel for something closer to your taste and style for the same amount of money.

The BMW 3-Series is an icon – whether you like it or not.

It's tough. I understand why the 3-Series is both loved and hated by everyone. It is a symbol of prestige and performance. When you make it in life, the 3-Series is on your shopping list. If you want an enthusiast sedan for under $35,000, you consider one. Or, you avoid anything having to do with the Roundel for something closer to your taste and style for the same amount of money.

On Friday, the world experienced a social media breakthrough. A company such as BMW doesn't have the time to do something for the masses. Yet, BMW has a global following that would give the company a huge audience for a celebration worth putting on Facebook. No matter how much money you have in your pocket – or at the bank – there was some form of curiosity or interest on the events that unfolded at BMW's world headquarters in Munich.

It was quite the show – an hour and a half's worth. The event had great video shots from the air of the proceedings, along with hosts and speeches galore. Then, BMW rolled out a parade of the five generations of 3-Series. It was great seeing the old cars again from the 1970s on to yesterday's models. The roadway was lined with BMW employees with camera phones out to take as many images as possible of the big show.

Then, the big moment arrived. Another parade of BMWs – the F30 3-Series – rolled out from a darkened room with glimmering tassels. You can tell from the headlights these babies were quite special indeed. From the shadows, the cars hit the sunlight of an October Munich afternoon. First, a white 3-Series rolled out with the signatures of everyone involved in the process of building it. Then, another few 3-Series models followed along.

The show was something never seen amongst vehicle launches in years. It was something I did not expect from BMW – a pleasant surprise indeed!

Even more surprising was my initial reaction to the F30 3-Series. Historically, I have not been much of a fan of the small BMW sedan. It had been one of those vehicles that I always found fault in, whether it was interior space, the design and the lack of honest value in the line. It would always be the car I'd love to hate.

Yet, I found another side of BMW. There are some really great people I've been interacting with lately who either are employees of the company, in the business of selling and servicing the cars and are dedicated to writing about the company's endeavors. BMW people can be welcoming and engaging – just like most of social media.

Yet, I needed to be convinced that this model would have a positive effect on me. In recent months, I've found favor in a couple of the Roundel's products: The X3 and the 5-Series. The second generation X3 corrected many of the complaints and faults from the previous model in creating a premium small crossover/SAV worth looking at. It has become the top of its class by setting a record pace in sales in North America worthy of an honest breakout. The new 5-Series drew me in as an organic, but extraordinarily spacious luxury transport. Gone were the sharp creases and distant feeling I had with previous 5ers. This one is comfortable, sumptuous and a technological feast worthy of its price tag.

Now, the sixth generation 3-Series shows up. This became the first 3er that caught my eye upon the first second. Any vehicle that catches my eye quickly enough gets my vote – and there had been quite a few over the years that had done that. This was the first BMW since 1976 to have done so – remember the original 6-Series?

We've seen some cues of the new 3er on some of the latest BMWs. What makes these design cues work on the 3 is how they were melded onto a smaller sedan form. The long hood/short deck format was retained, but with some streamlining and scaling to create a svelte, but wider profile. You could also see a constant, but slightly angled wedge shape emerge on the side profile.

The details also won me over. The headlamps are connected to the twin kidney grilles, but are given a new profile with chopped circular lamp halos. The tail lights also embody width and a sweeping design bridging the license plate enclave. Wheel arches remain circular, but the suspension profile to minimize the gap between the well opening and the top of the sidewall.

Interior-wise, I was drawn to how BMW stepped up the level of prestige in all three grades of 3-Series: Sport, Modern and Luxury. You’d think you were stepping into a 5-Series instead of a 3er. A coordinated and matching interior scheme, lighter materials and woodgrains never seen before just popped out of the new 3er – beckoning a want for a fitting inside. Though the instrument panel is mainly from other of the latest BMW models, it absolutely works in the new 3er.

Even without touching the car, I have a feeling I will be examining the new 3-Series very deeply. In fact, I'm looking forward to just getting into one – even if it's just to open every compartment and looking beyond the crevices.

Now with three flavors, which one caught my eye the most? The Modern one. It's exactly the kind of BMW I'd rather drive above all – a balance of luxury, style and comfort.

All I can say to BMW North America and to my friends in and around BMW – bring it on!