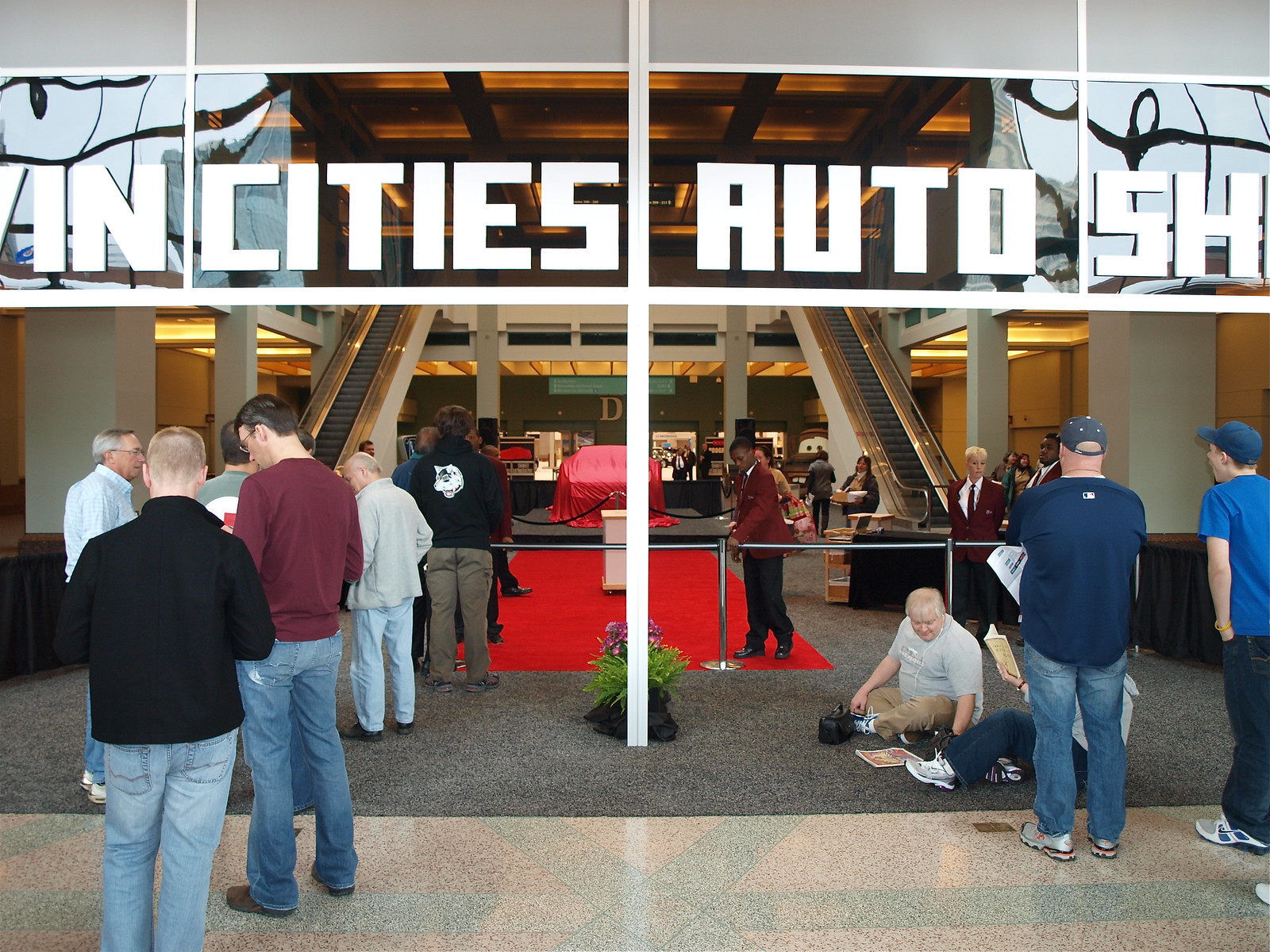 The local auto show is a source of connectivity with the retailers and its potential customers. Whether or not any of these customers were ready to buy in the next 2-3 months, it is only a big dreamscape for auto lovers of every stripe.

This year marks the 40th anniversary of my first auto show – the now-defunct Los Angeles Auto Expo. The Auto Expo, normally scheduled in May of each year, was geared towards the import lover as opposed to the Los Angeles Auto Show that caters to everyone. I always found the Auto Expo to be more exciting because of the concentrated emphasis on the import brands.

Over the years, I’ve attended auto shows in San Francisco, Washington, Madison, Milwaukee and Chicago. Now, as a writer, I have been privy to being a credentialed member of the new and social media corps in an industry now welcoming us to the fold. The only place I have been able to do so is in Chicago.

Here, in Minneapolis, our auto show is not one where press days are scheduled. This show is for consumers and enthusiasts alike. A few media outlets are present, but mainly the major ones. At the show, KSTP-TV and WCCO-AM were present on the main floor. Me? I’m just a small time citizen automotive journalist doing what I can in this corner of the blogosphere.

Alas, I bring you what I’ve witnessed on the Twin Cities Auto Show’s first day. Which was, for the most part, pretty decent for the local auto exhibition.

NEW EXPERIENCES FOR EVERYONE: Since the auto show is under new leadership, the show’s new direction is welcomed. In separate rooms from the main show floor, there are two new experiences for enthusiasts to enjoy.

In one room, there is a representation of the most luxurious automobiles available in the Twin Cities. The collection includes select Mercedes-Benz, Lexus, Audi and Cadillac models – amongst a few. However, you also had a Maserati Quattroporte and a Bentley Continental GTC on display. Yes, we have a Maserati and a Bentley dealer in town – the same dealership, in fact. Not a bad display with some interesting mood lighting right out of the Blackhawk Museum in Danville, California.

Then, there’s a room full of “green” automobiles – hybrids mainly. There were no surprises, but it was a way to prep buyers looking for alternatives to regular ol’ petrol-fueled automobiles before they head to the show floor.

Do these new experiences work for this auto show? The luxury car room does since it has an air of fantasy inside. The “green” room is a different story. I understand that the Star Tribune sponsored it, which is a good thing to attach itself to, but I’d like to see more discussion of E85 and vehicles that can run on it as part of the display. If the idea is to present locally available alternatives, that would be perfect to go along with the biodiesel display outside of the “green” room.

I DROVE, TOO! This year’s Ride and Drive feature was new for this show. It yielded a surprise – Subaru was the one offering the Ride and Drive showcase from the back of the Minneapolis Convention Center. In Chicago, Toyota, Jeep, Ford and Chevrolet offered indoor ride along experiences. Subaru gave us a chance to actually get behind the wheel outside in the cold over the potholes and ice patches of downtown Minneapolis – the only way these vehicles were meant to be driven!

It was also a great opportunity to check out the latest Subaru Legacy sedan.

Why the Legacy? It’s been the foremost Subaru model I have driven over the years – aside from the Outback. When I drove the Legacy last, I pretty much declared it a “proper winter warrior.” It still is – and more so. While the last Legacy was sporty and engaging, this one’s more mature and relaxed. I felt relaxed behind the wheel because the Legacy drove with confidence knowing that potholes and potential ice would not deter it from its duty. The fact that it still has all-wheel drive, a horizontally opposed four-cylinder mill, a continuously variable transmission and every safety feature known to Subaru, makes it a winner in this market.

What I wasn’t prepared for was the relaxing part. The space and comfort I had behind the wheel and having everything within the palm of my hand was more than enough for this latest Legacy to win me over.

Truly, I love what Subaru has accomplished in bringing the Legacy right into the heart of the most competitive market segment in this country. It certainly warrants a more extensive examination sometime in the near future.

WHAT THE PUBLIC IS SAYING? If you want a star of the show, Hyundai had it in the bag.

According to my friends Kevin, Rick and Eric, it was unanimous that the Hyundai Equus was indeed the big draw inside the Minneapolis Convention Center. It was a lucky chance that we appeared at the same time around the flagship sedan where the comments flowed with delight. The one comment I heard from my friends was the fact that it is a Hyundai with a $58,000 price tag – equipped with luxury features found on more expensive machinery. And, we weren't the only ones swarming all over the Equus and singing its praises…

Listening to what my friends said confirmed something that I first explored a year-and-a-half ago: Hyundai needed to make something extraordinary for a halo product that would start conversations about luxury. The Equus was done very nicely with more than enough glamour and glitz to forget that Lincoln was using the MKT as their next “Town Car.” What I notice in the Equus is a combination of old school luxury, the latest technology and gadgetry with an honest air of elegance. It is a Korean-made Maybach 57 without the thirsty turbocharged and outdated V12 and the King’s Ransom price tag.

I hope Kevin, Rick and Eric would agree on that summation.

It was a busy one with friends and industry contacts alike. As my friend Kevin said, I was in my element. And, trust me, there’s more to write about…