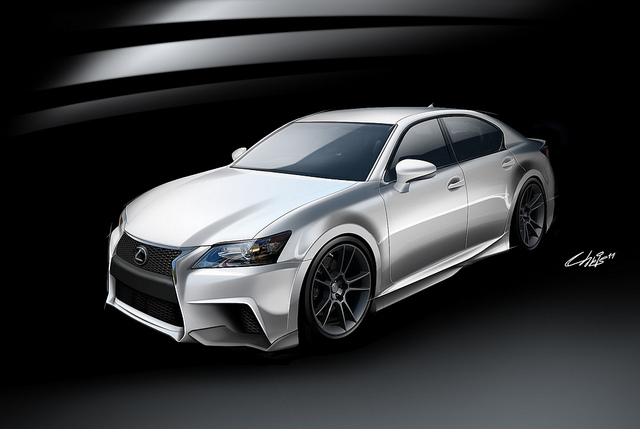 Remember the IAA in Frankfurt?

Of course you did. Any automotive enthusiast that the September European auto show (alternating between Frankfurt and Paris) kicks off the global exhibition season. It also kicks off the season where manufacturers would debut their latest and greatest products for upcoming production and sale.

However, that may not necessarily be the case anymore. We found that manufacturers would take any opportunity to roll out a new product, or show off a new technology given any opportunity to do so. August saw the Pebble Beach Concours d'Elegance as an opportunity to debut some luxury hardware. Manufacturers are also using the Consumer Electronics Show in Las Vegas and, more recently, the CTIA Wireless Association’s Enterprise and Applications Conference in San Diego, to introduce the latest in infotainment and telematics technologies.

The annual Specialty Equipment Manufacturers Association show in Las Vegas is another stop on a manufacturer’s exhibition tour. SEMA is the place where ideas for customizing vehicles begin. New technologies on creating more horsepower to aerodynamic add-ons…and, everything else in-between…are showcased along with examples of how it is all put together.

That's where the manufacturers come in. Several nameplates also share space at the Las Vegas Convention Center to show off ready-made concepts fusing various customization options. Some products are pre-packaged for sale at any given retailer. Others are technology and performance enhancement showcases for future products. On an oft occasion, you might even see a world debut of a brand new vehicle show up.

In short, SEMA is a hooner's wet dream.

There is a catch to all of this: SEMA is not open to the public. It is trade show that is only open for four days. The media can also access the show since there will be opportunities for manufacturers to present their wares at press events. But, if you're in the replacement part, customization or maintenance sectors of the automotive industry – this is your show.

And, I'm not there because…

Via Twitter and elsewhere, I was queried a few times whether I was planning to attend SEMA or not. Understanding my schedule with a healthcare firm at an onsite contract and other obligations here in the Twin Cities, getting to Las Vegas would require both time and money. Certainly, I'm missing out on meeting up with some colleagues on both the media and exhibitor side of the show. I can use a refresher on the technological aspects of customization or to witness the possibilities of a vehicle's potential on (and off) the road.

Another confession here has been my absence of visiting Las Vegas during my lifetime. You’d think that it's proximity to my hometown I'd be there at least once. Sadly, changing planes in Vegas does not count. I never thought about Vegas being a place I would consider visiting. It's just not my kind of town, really. However, I am open to checking Vegas out just once. Simply, just get it out of the way.

But, there is an interest in SEMA since it has everything to do with what the automotive manufacturers are taking into consideration when developing products and aftermarket products. Chrysler's MOPAR brand is centered on enhancing the ownership experience through an intensive catalog of aftermarket items. If a customer wants something ready-made for outstanding performance – even with room for further improvement – Chrysler’s SRT brand has that covered as well. It is a one-two combination that keeps the Dodge/Chrysler/Jeep/RAM faithful completely satisfied.

GM, Ford, Toyota, Nissan, Honda and Mazda – to name a few – also offer an extended ownership experience with additional performance parts and accessories. Lexus also engaged specific customizers and tuning houses to create interpretations of their current vehicles for this year's SEMA. For example, Orange County-based Five Axis created a version of the new GS that showcases how an owner can stretch the boundaries of what is possible in Lexus' new executive sedan. This form of engagement gave Five Axis a chance to work with a vehicle that has yet to go on sale. It also gave Lexus customers a preview of "coming attractions."

It's all great…SEMA, that is. Though, I will admit that there isn't much of a personal attraction to customized vehicles and performance parts (and spokesmodels in bikinis…though, a good number of them are really cool to talk to…). But, don't let my own opinions cloud your support of this site. My job is to as much of the automotive and transportation world to you as I can, dear reader.

Then again, when a customization (or a ready-made performance machine…read SRT) catches my eye, then I can certainly talk about it – at length.

If you're into SEMA, there are plenty of automotive media outlets that will be following the show. There will be 1,500 new products debuting at the show…along with a few concept vehicles on the Convention Center floor. The festivities begin on Tuesday, November 1 running through Friday, November 4.