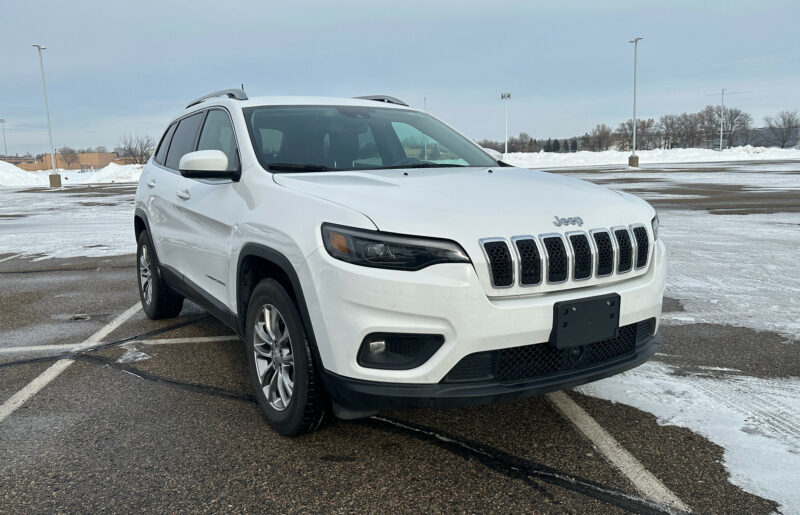 Even as we’ve heard of the run on rental vehicles due to the multitude of flight cancellations...getting any rental car may seem like a gift in itself.

Answer me this question: Why does playing Rental Car Roulette end up being a deep dive into the “island of misfit toys?”

Even as we’ve heard of the run on rental vehicles due to the multitude of flight cancellations stemming from a nasty winter storm that swept across the country, getting any rental car may seem like a gift in itself. That is, if you can navigate highways that were closed due to that dreaded storm.

However, I spun the wheel for a three-day rental that would get me through New Year’s Eve and Day. I got some interesting upgrade choices, including a Lincoln Continental and an MKC. I almost picked a 2019 Subaru Outback with 57,000 miles, but I chose this one instead.

I drove off with a 2021 Jeep Cherokee Latitude Lux with the necessary all-wheel drive system. I’m not regretting this choice.

It’s been a long while since I drove a Cherokee – the last one being a 2017 Overland model. This rented unit was the first of the mid-cycle facelifted models I’ve driven – a facelift that happened for the 2019 model year.

The compact-esque Jeep was a byproduct of Chrysler’s merger with Fiat, having its architecture shared with two former products – the Dodge Dart and Chrysler 200. Sales have been steady, buoyed by the Trailhawk model and its powerful V6 driveline. Yet, it attracted plenty of competition over its ten-year run.

However, the “misfit toys” reference came into play with the recent news that Stellantis will be closing their Belvidere, Illinois plant. I will not into whether it is a permanent or a temporary closure. The only vehicle rolling through its assembly lines is the Cherokee. With the imminent closure of the plant, it is assumed that this generation of the Cherokee is at the end of its production cycle.

This Latitude Lux showed up with 34,000 miles on the clock. It was in good condition, wearing a white paint job and black Nappa Leather seating. It was equipped with the small UConnect screen, but I was able to do smartphone mirroring and get what I needed for climate control.

The seats were supportive and never provided any fatigue along the way. There’s plenty of room inside, including the cargo hold. It was quite suitable for the type of driving it had to do over New Year’s.

The Cherokee Latitude Lux is powered by a 271-horsepower 3.2-liter V6 engine, driving all four wheels through a nine-speed automatic transmission. Power was sufficient, but not exactly a tire-breaker. Ride quality was decent, but some road surfaces exposed some flaws in the dampening. Steering was tight with good on-center feel. The brake pedal felt good, and wheel response was fine. It did well in various stopping scenarios.

In all, the rented Cherokee drove just fine. And I certainly put it through its paces.

For New Year’s, I was able to get away for the night. Although choosing the right place to do so was more of a last-minute decision. I ended up in Rochester, Minnesota intending to spend a quiet night at a hotel on the city’s north side.

However, one of my car friends down there invited me to join her and her family for a steak dinner in Racine, Minnesota – some 20 or miles south of Rochester. It was not only a great dinner with great conversation.  The atmosphere was friendly. This place and moment were exactly I needed – a welcomed bonus, indeed!

For New Year’s Day, I wanted to fulfill an old tradition of a “New Year’s Drive.” That began when I had my 1991 Acura Integra, where I would point it somewhere. By “somewhere,” I would end up somewhere in between my Bay Area home and Sacramento. In other words, somewhere rural with minimal traffic around.

In southern Minnesota, there are plenty of opportunities for such drives. The landscape is ripe for long journeys along two-lane highways that cut through small towns along the way. I took the Cherokee on some of these roads, and it did a fine job gobbling up each and every mile.

In turn, I was able to get a decent fuel consumption average. All told, I averaged 26.1 MPG. Better than I expected from a V6-powered 4X4 compact SUV.

If you were to get one for yourself, a new 2022 Jeep Cherokee Latitude Lux 4X4 would start from $36,395. There are only four Cherokee trim levels left, including the Trailhawk. If you ask me, that’s the one to get. Why? Let’s see…an available 4-Lo setting, a more aggressive angle of approach, departure, breakover, and ground clearance in comparison to the rest of the Cherokee lineup.

If the Jeep Cherokee does such a wonderful job by making even the shortest of road trips enjoyable, then why would you consider this a “misfit?” Is it solely because of the imminent plant closure and uncertain future of this model?

Let’s take the word “misfit” from this conversation and get real for a moment. What I took from my experience with this Cherokee is that the post-mid-cycle refresh model is handsome, and the driving experience was lovely. It did what I expected it to do for the short time it was in my care.

Next time you’re renting a vehicle and need an ample-sized SUV, don’t pass the Jeep Cherokee up. It may make your trip more enjoyable.