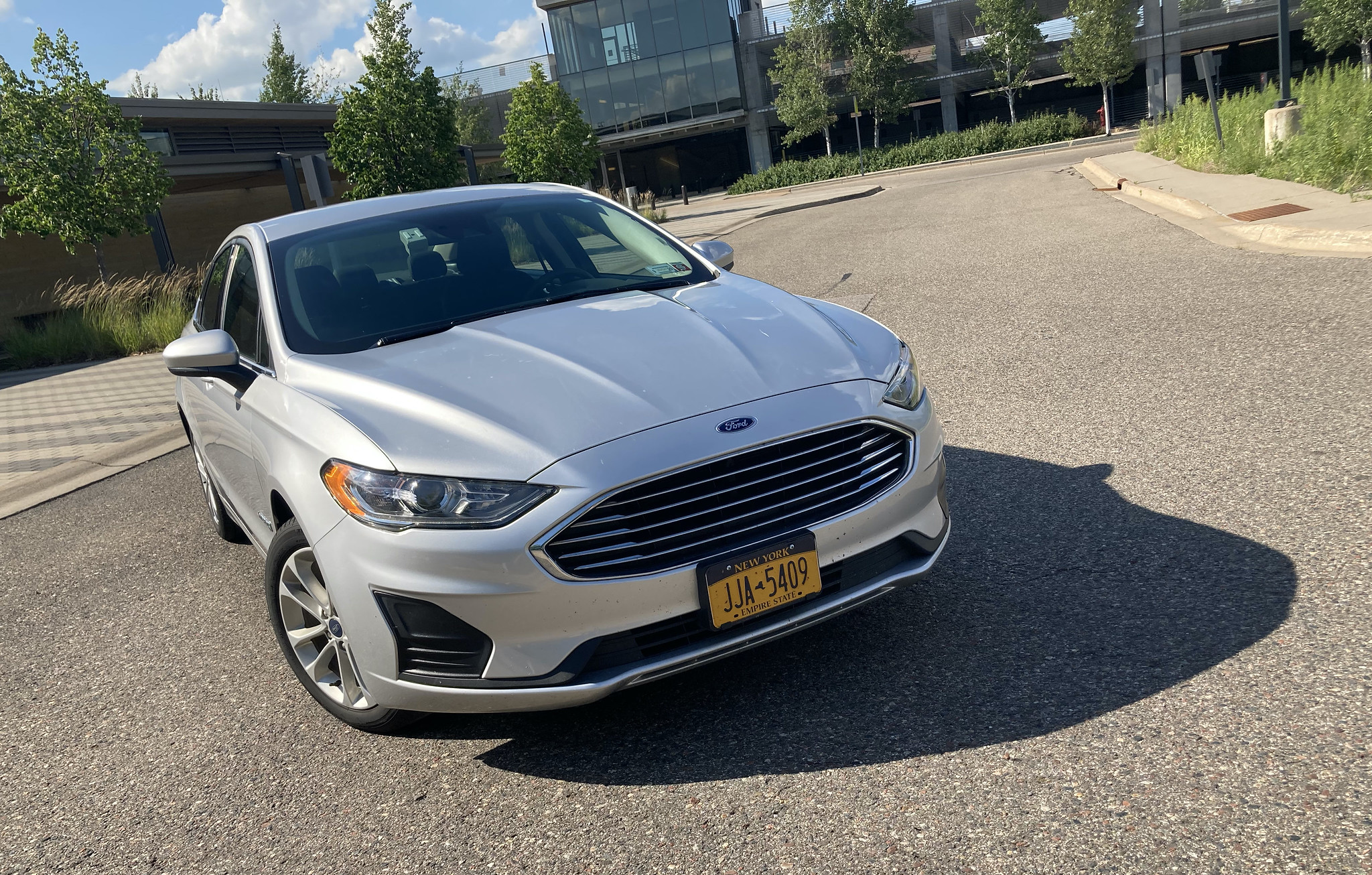 We can easily say that some car lines do not deserve to get eliminated from a manufacturer’s lineup. Then again, we have seen the proliferation of the SUV in the past few years and how one of them supplant a sale of a sedan.

Saying good-bye to a car line is both sad and frustrating.

We can easily say that some car lines do not deserve to get eliminated from a manufacturer’s lineup. Then again, we have seen the proliferation of the SUV in the past few years and how one of them supplant a sale of a sedan.

Ford decided to eliminate all of their car lines – except for the Mustang.

The last actual car line to disappear from Ford showrooms is the mid-size Fusion sedan. The Mexican-produced car has been keeping Ford’s fleet sales going. Retail sales have been steadily dropping, since customers would rather take home an Escape or Edge than a Fusion.

This rental car review is centered on getting what I consider the last Fusion I will ever take the wheel. Would it be a find farewell or simply good riddance?

Sold as the Ford Mondeo elsewhere in the world, the second-generation Fusion has been with us for eight years. I had the chance to review a first-year model in 2013. While the design was definitely a stand-out in the crowd, I had a few reservations about the vehicle.

Over time, I can see why Ford kept it for such a long time. They tried to do a few things to make it look sexy, such as  giving it a twin-turbocharged V6 for a performance model.

However, one of the solid sellers for Ford was the Fusion Hybrid. It was one a few models that offers a gas-electric driveline in its class and kept at it over its lifespan. That is what I ended up renting – a 2019 Hybrid SE in silver.

Since I have never driven a Fusion Hybrid from this current and final North American generation, this should be an experience, right? Actually, it was just the same as a non-hybrid Fusion in some respects. If not, much quieter.

The Hybrid Fusion has a 141-horsepower 2.0-liter Atkinson Cycle four-cylinder engine mated to an 88-kilowatt electric motor. In all, I had 188 total system horsepower available at my right foot. A continuously variable transmission facilitates this power down. Only to the front wheels of the Hybrid Fusion.

This driveline operates very smoothly. There was no CVT drama – just subtle shifts. The regenerative brakes were equally smooth in stopping power, while sending a charge back to the 1.4 kilowatt-hour battery pack.

All of this while returning an advertised 41.8 MPG in a mix of highway and street driving.

Ride quality was better than I anticipated, as this 2019 Fusion Hybrid with over 27,000 miles on the clock exhibited a smooth ride that never disappointed me. I felt as this was the Fusion to do a relaxing drive over stateliness without fail.

Handling was solid, offering minimal lean and roll at the limit. It does well is dealing with evasive maneuvers. The steering system was just fine, giving me a decent turning radius and a solid on-center feel at the wheel. Back to the brakes at the moment, I also want to point out that pedal feel was fine and free from the typical hybrid "feedback" we used to get in years gone by.

It also points to an observation about recent Ford products. You might not like the design or had an issue finding a comfortable place behind the wheel. However, the chassis and its components will win you over time-after-time.

Which brings me to the cabin of the Fusion Hybrid. My first reaction back in 2013 was a mixed bag. I like the low cowl, but I felt I needed to make some compromises to get comfortable behind the wheel. I also was taken aback by compromising rear head room due to the slope of the roof. Over the years, you get used to it.

Yet, I found I was in good shape this time around. I was comfortable behind the wheel and I had a decent sight line to the instrument binnacle. The seats were also quite comfortable for a good stint on the road. My access to the SYNC 3 infotainment system was fine, while Apple CarPlay connectivity was quick and without disconnection. Perhaps after several years of building Fusions, Ford finally got everything right.

I am glad that newer Fords have gone away with the center speedometer/two side TFT screen instrumentation binnacle design. It was cool some time ago, but Ford realized that people want actual information displayed all of the time. Like every other vehicle in the marketplace.

The Ford Fusion served its customers well. You can see plenty of them on the road today. This is a testament that advanced design can win even after some getting used to it. The Fusion had an advanced design that can be seen on other competitors. Although, Kia and Hyundai should get the credit for kicking off the sleek mid-size sedan design era a couple of years before the Fusion debuted.

But, if this really good-bye or good riddance? For Ford customers, I don’t know which way to go. The absence of the Fusion in the marketplace may seem like a win for anyone who is bullish on sedans – namely Toyota, Nissan, Kia, and Hyundai. General Motors will now offer the only domestic mid-size family sedan in the Chevrolet Malibu. However, that’s going away, as well.

If you do find a Ford Fusion – and it is in good shape and within your budget – there should be shame buying one. It is just that they won’t make them anymore for our market.