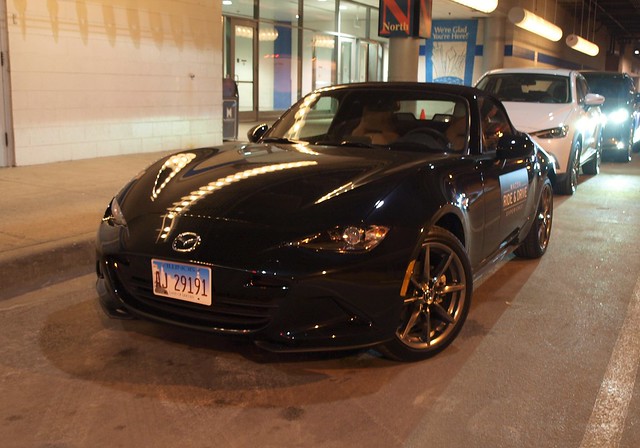 Yep…drove that. All Photos by Randy Stern

Could I write about car I drove over a period of time?

I could, but it depends on how much time and interest I gave it. Some vehicles are worthy of a full article, while others simply get the "quickie" treatment. There are some vehicles reviewed that appear in other publications as well. The latter is part of an agreement towards exclusive content to that outlet.

You read this explanation before. It bears repeating sometimes. There's been plenty of new eyes on this site, it is perhaps best to explain these things.

Lately, I have not published a lot of "small drives." These small drives may be a short time, but might yield mixed results. For now, let's call them "quickies" for the sake of categorization.

2017 MAZDA MX-5 MIATA: Knowing that it will be a rare occasion to drive one, even a short stint in the Grand Touring version of the ND-generation roadster made up for the wait.

Why the MX-5 Miata is important is to note these specifications. The curb weight is just 2,381 pounds. There is only 155 horsepower underneath the hood from a Skyactiv 2.0 liter four-cylinder engine. This version had the six-speed automatic, which enthusiasts will tell, you not to get. The fact is that the combination of light weight and small horsepower is fine – with or without a clutch pedal.

The cabin was fine, with its combination of the latest Mazda design and traditional elements found on previous Miatas. I found proper headroom underneath the soft top and a sharper focus behind the wheel. It made its presence known with a sharp turn at the wheel to make the tightest maneuvers.

Some may balk at the base price for the Grand Touring with automatic at $31,270. You can save money rowing your own gears, but base pricing is still over $30,000 for the Grand Touring trim. Going back to basics will set you on the course for around $25,000. Either way, you are still getting one of the most exciting cars one should drive before they settle for something less.

2017 NISSAN ARMADA: It is tough to knock a vehicle. However, when there are more disappointments than positives, what can you say?

To explain, the newest Nissan Armada was added to the lineup as part of the “Year of The Truck.” It is on a platform that is shared by the Infiniti QX80 and the global Nissan Patrol. The design is similar to the QX80, except for a Nissan front end and other badging. The content overall is less so than its more luxurious brother. Power comes from the Endurance 5.6 liter V8 with 390 horsepower. A 7-speed automatic transmission and a two-speed four-wheel drive system rounds out the mechanicals.

Having driven the QX80, I felt the Armada was a bit unfinished. It was OK, but I did not feel that Endurance V8 as I did in the Titan half-ton pickup. Perhaps it was the interior. It looked like the QX80, but lacked the luxury. Still, it was simply OK.

With pricing starting at $44,900, it is a bargain compared to other big SUVs that the Armada competes with. If I had not driven the QX80 before it, would my evaluation be a bit different? Maybe. It would still be OK. 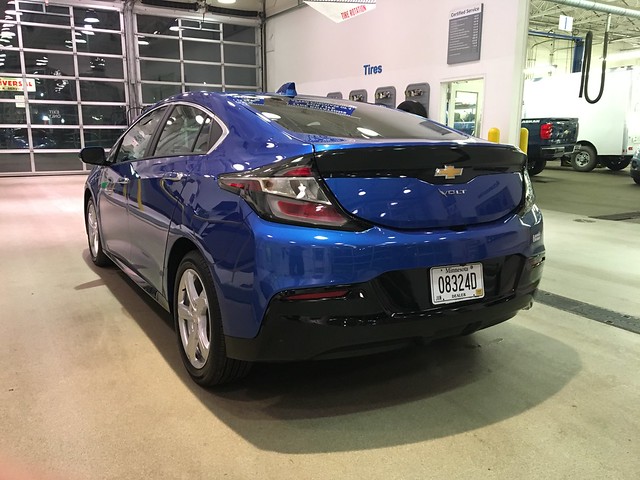 2017 CHEVROLET VOLT: When I reviewed one in 2011, it was a groundbreaking automobile for General Motors. You had an extended range electric vehicle that used the battery juice first, before going to a gasoline motor – called a “range extender” – to continue the drive onward. There were a few issues – the look, cramped quarters, lack of serious cargo space, and the EV-only range.

Chevrolet introduced a new version last year. They addressed a few things. The exterior has more continuity with the rest of Chevrolet's design language than before. One would think this might be a variant of the Cruze lineup. It is lighter than before, which makes for a livelier drive. There is more battery range – up to 53 miles on a full charge. Combined with the range extender, the Volt would be good for 420 miles to a complete drain of both battery and fuel tank.

With a nicer design and more range, the Volt drove a bit more normal than it did six years ago. However, there are a few drawbacks. The T-shaped battery still limits the Volt to a four-seat arrangement and a shallow cargo hold. The seats were OK, but I struggled to find a seating position. The ride and steering are considered softer than the previous model.

Pricing for the Volt starts at $33,220. There are post-sales tax incentives available that would drive the final price down. Not bad for a vehicle that will be a part of Chevrolet's electric vehicle push.