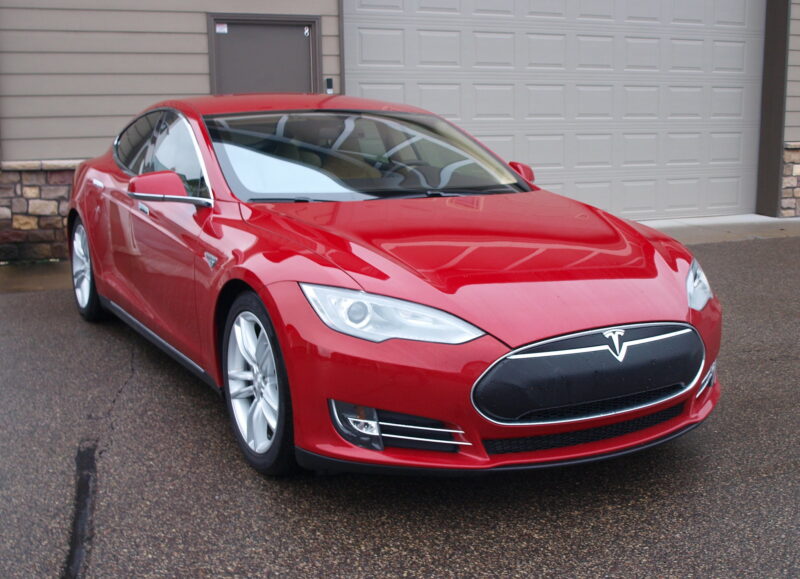 Everyone seems to be talking about it.

"It" being a big hatchback sedan that seats 5-7 people and multiple cargo holds. "It" has won its fare share of praise – from a 99/100 score from Consumer Reports to its extraordinary crash test result to becoming the current Motor Trend Car of The Year. "It" is the brainchild of a venture capitalist/tech firm founder turned automotive force to be reckoned with – Elon Musk. "It" is part of Musk's vision of a world where petroleum fueled vehicles would become a thing of the past.

Did I mention that "it" is an electrically powered vehicle?

The world has responded to Musk's idea. Have you seen the financials from his company? The balance sheet turned black, crediting increased awareness of their latest vehicle and the kudos the hatchback garnered in the past several months.

The Tesla Model S is the vehicle everyone talking about.

Since all of the awards and praise were lavished on Tesla, the Model S showed considerable interest amongst those who fall into Musk's idea. These are well-heeled folks with a sustainable bent. They walked past the Priuses and Volts to get to this well-built, high quality luxury hatchback. Perhaps this is rightfully so, with its promise of up to 268 miles on a single charge and full-sized accommodation. The icing on the cake is a very powerful electric motor that promises sub-six second times from 0-60MPH.

This was put to the test via a brief run in a Model S Performance model with an 85-kilowatt-per-hour motor and the promise of even greater performance off the block. The motor offers an equivalent of 413 horsepower with 443-pound-feet of torque with power sent to the rear wheels. With those kind of power numbers, consider the fact that the Model S weighs in at 4,647 pounds.

On one hand, you do feel the weight of the vehicle. Yet, that small electric motor yields a mass of power that is not entirely felt. It is extremely quiet and that power just quickly sneaks up on you. You will find some roll in the corners, especially at speed. Once you master the one-pedal driving method by timing your lift from the accelerator for the regenerative system to reverse the motor's power, you can truly enjoy the Model S for all its performance and weight distribution.

The solidity of the ride is partly due to its structure. You are literally sitting on its energy source – an 85 kilowatt-per-hour lithium-ion battery that runs underneath the entire floor of the car. It creates a low center of gravity keeping the Tesla on the ground, inducing serious grip on its twenty-one inch Continental Tires. Steering is pretty heavy, but precise. Though there is a tinge of numbness all around in the big Model S that one gets used to after several drives in.

Inside is a sea of advanced technology mixed with some pretty familiar controls. If you are looking for climate control, audio, sunroof and other necessary controls, the huge center screen takes care of practically everything you need. The displays in both the instrument binnacle and huge center screen are clean and easy to use and comprehend. You will be blown away by the Google Earth navigation popping out of the center screen. You can customize the Model S for readily available information and use the voice commands to take care of the rest.

The driver is comfortable, as are the remainder of the four seats. Adults should have no problem settling in anywhere inside the cabin. Front seats are properly bolstered with enough power adjustments to perfect your position behind the wheel. If you are familiar with a certain luxury vehicle, then you will be comforted by the stalks and window/mirror controls that are Mercedes-Benz-like in nature.

One thing that I was concerned about was the entry/exit from the front door. Though the door itself is huge, the door enclosure is a bit high and cuts off for taller/larger drivers who sit back behind the wheel. If that is the only concern about the Model S, then Musk and his team did a fine job overall.

If the future of sustainable transportation is here. It has enough awards on the shelf to keep everyone interested in this unique automobile. On some level, the Tesla Model S makes sense in the real world. Even at $87,400 for the Performance model driven, it presents a new halo for a different kind of driver. If that is simply too much money to spend on a Model S, the base model with a 60 kilowatt-per-hour battery begins at $62,400.

The Model S presents what is possible without using petroleum fuel. It presents new benchmarks for an electric car. It is not everyone, but if it is for you – go for it.