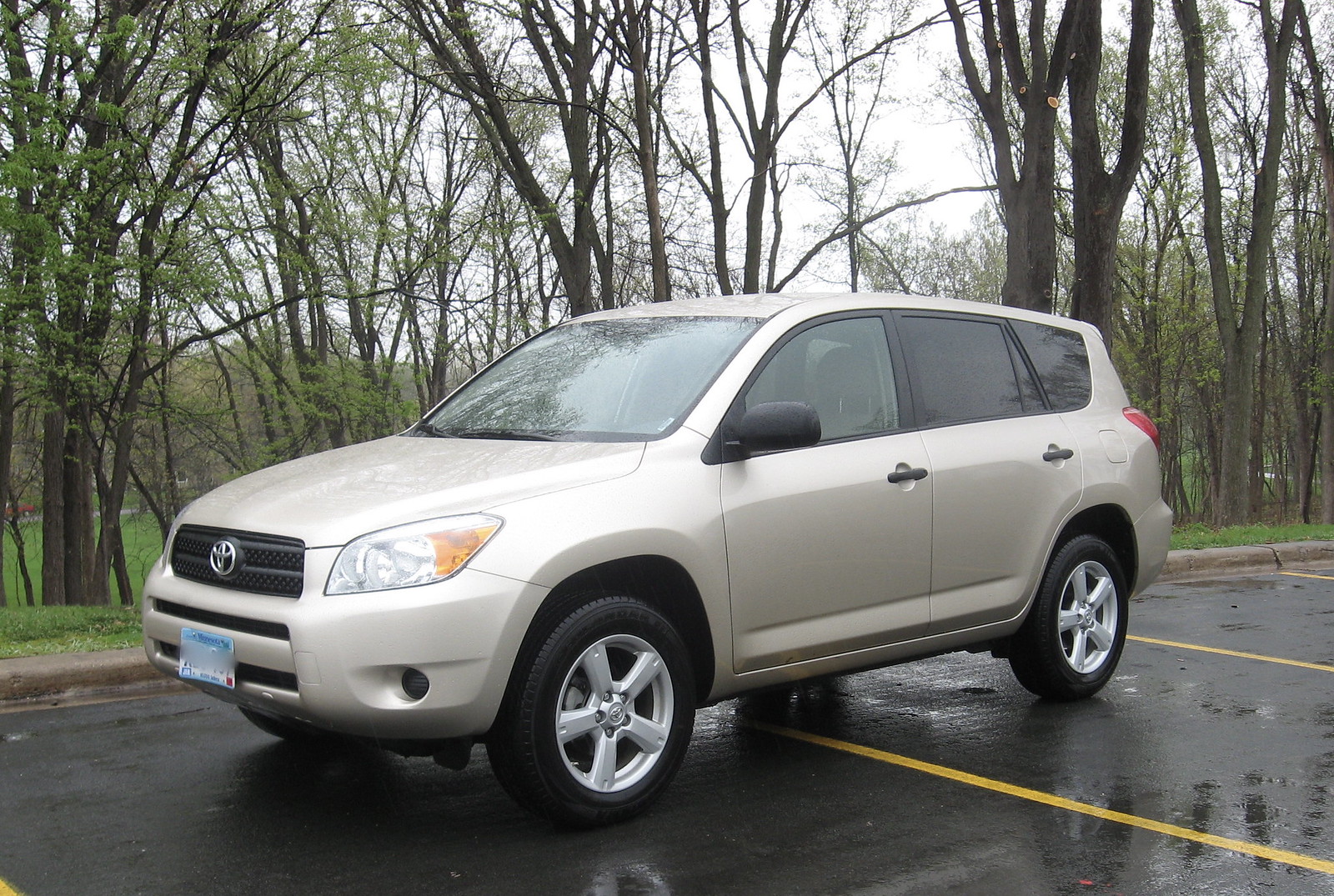 I’m still picking up from the "cutting room floor" vehicles that did not make the cut back in 2017 for the sake of our ninth anniversary. This is really an exercise that tests my memory, as well as giving a look back at vehicles that have stood the test of time over a decade ago.

The first list was pretty interesting. Lots of Fords and a few others. You can see the progression of these vehicles over the years.

However, in the mortal words of Diddy…Sean Combs, if you will: "We can’t stop, we won’t stop…"

I’m still picking up from the "cutting room floor" vehicles that did not make the cut back in 2017 for the sake of our ninth anniversary. This is really an exercise that tests my memory, as well as giving a look back at vehicles that have stood the test of time over a decade ago.

I’m going to get through these – good or bad. Consider a look at back at not only where this website has been, but how much we progressed since the time these vehicles were new.

2008-2009 TOYOTA RAV4: I was amazed at this third-generation compact SUV by Toyota. First off, it was the first SUV that averaged over 25 MPG in my care. Secondly, it was very comfortable, drive very well, and had plenty of performance from its 2.4-liter four-cylinder engine. Granted, it had the rear cargo access opening from its side – something we still see in the Lexus GX 460. But, it did wear its spare tire on that door – which is something we appreciated in older RAV4s. It is truly the best SUV I’ve driven before this site was rebranded.

2008 DODGE CALIBER: Aren’t we glad that things got better for Fiat Chrysler Automobiles. Except, this one was thrown at the Auburn Hills side of the “merger of equals” by its former Daimler AG partners. More like, “here’s your compact car! Enjoy!” That was how I felt after a weekend in this R/T version of the Caliber. Sure, it had the 2.4-liter World Engine underneath its hood, but that continuously variable transmission practically let down the entire car. Not to mention, the use of harder plastics, brutalist interior design, the entire exterior look, and horrific fuel economy average that made me cringe months (and years) later. This car was a complete mess.

2008 KIA SPORTAGE: Back to a vehicle that has progressed since that point. I often think of today’s Sportage, with its design and performance. When I look at this second-generation model, it is a world of difference. While some have complained that this generation of Sportage lost the previous generation’s off-road abilities, it gains size, space, and some built-in reliability. Part of it is the sharing of the platform with the Hyundai Tucson and Elantra. It drove just fine, but there were a few things that detracted from the overall experience. Still, the Sportage marks Kia’s trajectory towards improving its reputation for producing solid automobiles.

2008 HYUNDAI SANTA FE: Same as the Sportage, the Santa Fe took a leap of improvement from the previous generation. It seemed that everything was fine – driving experience, comfort, performance, and capacity. It was also such a nice SUV to drive. The design was reigned in, thanks to the movement of normalizing Hyundai styling, starting with the contemporary Sonata. In all, the Santa Fe was a much better vehicle for that time period.

2009 PONTIAC VIBE: General Motors went into bankruptcy because of the global economic crisis. After a bailout or two, they had to make some decisions. To survive, GM had to be a leaner company. To do so, they had to eliminate brands from their portfolio. One of those brands was Pontiac. They had a decent portfolio of some rather decent cars. The Vibe came from GM’s collaboration with Toyota that began with the 1985 Chevrolet Nova. The second-generation Vibe was bigger in every way. Yet, it remained true to its small wagon mission. Too bad it’s traction control couldn’t get up the hill out of a parking lot that winter day.

2009 KIA SPECTRA: Kia actually made decent compact sedans over a decade ago. The Spectra was proof that the product is improving and hey did pay attention to what the market wanted from them. Or the time, there were more reliable vehicles in its class. However, the Spectra was comfortable, straightforward, and sweet to drive. Yes, the Honda Civic was more modern. The Toyota Corolla was well executed. The Hyundai Elantra was on the rise. The Spectra never felt "left behind," but right on time.

2009 MAZDA5: It looked like a great idea at the time. Consider the minivan for a moment. The proliferation of the SUV may have stemmed from its dominance in family transportation, but they continue to be its alternative. The Mazda5 was a different kind of minivan. Smaller than the Chrysler and Toyota, the Mazda5 melded "Zoom-Zoom" with family practicality. While it had three rows of seats, the passenger capacity was only six, due to safety regulations in the USA. Then again, you probably want to just bring the four of you and your stuff along for the ride. And, as Ryan Senensky of Japanese Nostalgic Automobile will point out, they came with a manual gearbox!

2009 FORD TAURUS/MERCURY SABLE: The large sedans Ford concocted in 2004 were selling pretty slowly. It was not that no one wanted big cars. They went for SUVs and crossovers instead. The sedans were decent enough to warrant a mid-cycle refresh. Instead of simply updating the front clips and add a few features to the mix, both the Ford Five Hundred and Mercury Montego were simply renamed as the Taurus and Sable respectively. Nothing had changed. The car was the same gas-guzzling oversized machine that has spurned customers away the first time. They were simply OK for what they represent for the time.

2011 DODGE NITRO: The answer to an often-asked question about the worst vehicle I have ever driven is this one. Chrysler felt they needed their own version of the Jeep Liberty, which in itself was a terrible vehicle. The Nitro tried to mask everything bad about the Jeep into a Dodge. The timing was not only bad – introduced before the end of the "merger of equals" – but it was carried through into Fiat's arrival into Auburn Hills. To sum things up, the ride quality was poor, the fuel economy worse, and it was an uncomfortable vehicle to drive. The end.

DISCLAIMER: All of the vehicles listed above were rented by Randy Stern