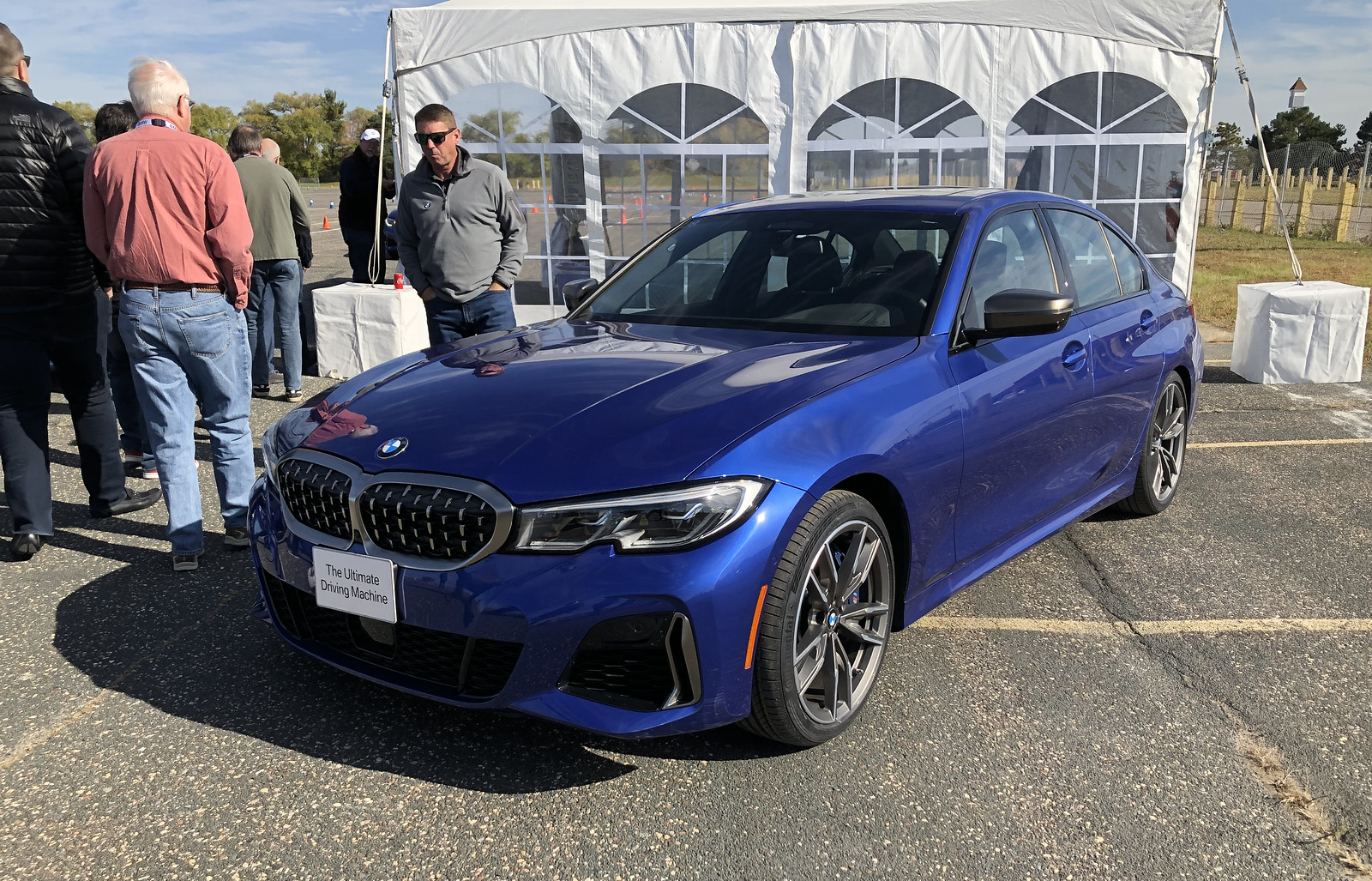 When I was a kid, BMW not only claimed they were the Ultimate Driving Machine – they backed it up. If you have driven a 2002 or an E12 5-Series, then you get why BMW can make that claim. They drive like nothing else sold in this country. Their performance was coupled with excellent driving dynamics matched with a driver-focused design. All other BMWs were expected to follow these tenets for time and eternity.

When I was a kid, BMW not only claimed they were the Ultimate Driving Machine – they backed it up.

If you have driven a 2002 or an E12 5-Series, then you get why BMW can make that claim. They drive like nothing else sold in this country. Their performance was coupled with excellent driving dynamics matched with a driver-focused design. All other BMWs were expected to follow these tenets for time and eternity.

This is why BMW has the reputation it earned over the decades. Though, I often questioned its current motives.

I never work with any BMWs, but I try to get the chance to experience one when the opportunity arrives. That moment arrived and I did not have to go far to partake in the experience.

Canterbury Park is known for its horse racing, but it has been a solid automotive venue for various programs and shows for years. BMW made Canterbury Park their destination for the Twin Cities stop of their The Ultimate Driving Experience tour.

The experience is set up for registered visitors to partake in three activities: street drives, autocross, and a demonstration of the X7’s capabilities and technology.

First, let me get to the autocross, first. Take a fleet of blue M340i sedans, put some drivers behind the wheel and let them attack a tightly set up course. Normally, autocrossing is a fun activity, but one set of demonstration laps was enough for me. My body began to reject the performance limits required to competently do an autocross lap as prescribed by the professionals teaching us on the track.

If you have the aptitude to run the tight autocross course, the M340i felt like a beast. For those patiently waiting for a new M3, but afraid to find out how much one will cost – I think you’ll enjoy the M340i. For me, it was both visceral and comfortable at the same time.

At the venue, you can climb on board the new X7 Sports Activity Vehicle and experience from the passenger seat how this luxury machine can park itself and go over a hill with about a 30-plus degree up- and down-hill. The parking tech is good, but it does require a lot of operation from the infotainment screen. This is not to compare it with Ford and other self-parking technology, but I can give BMW credit for making it smarter, even with driver engagement. The one thing I noticed was the activity from the front of the X7, using its camber and air suspension to position itself perfectly into a parallel parking spot, as well as a perpendicular one.

What surprised me about the X7 was the way it handled its own hill climb and descent. Competent is just scratching the surface here. Simply put, it can do it. Yet, I know of other SUVs who can take on steeper ascents and descents – the Mercedes-Benz G-Class, for one.

Of course, I came to the BMW Ultimate Driving Experience for the street drives. Granted, there were a couple of BMWs available to drive at the Midwest Automotive Media Association Fall Rally earlier this month, but I never got around to experiencing them. The four vehicles I drove around Shakopee made up for that earlier missed opportunity.

First up was the X5, the original SAV. In its latest edition, it offers a lot of luxury, the latest technology, and oodles of comfort. I wanted to see if it had that very BMW flair for Ultimate Driving. Sadly, I could not find it. It is a nice SUV – er, SAV – but I was wanting that balance that made it a BMW above all others. Then, I realize something that recently happened at my home. My roommate decided to replace her second X3 with another brand. I’m glad she did because I found the X3 to be nothing special above any others in its class.

I was hoping for more out of the X5 than just a nice place to be behind the wheel. I will admit that the Audi Q7 does a better job of being a nice mid-sized premium SUV. The Lexus RX is even slightly better. Just my own experience, really.

After that, I finally got a drive in the 4-Series Gran Coupe. The reason why I wanted to try this car was the arguments that came up when I worked with the Audi A5 Sportback a couple of years ago, the Kia Stinger last year and the Volkswagen Arteon earlier this summer. All three mid-sized hatchbacks compete against the 430i Gran Coupe I sampled in Shakopee. I was curious how the BMW matched up with everyone else.

It does, in a very BMW way. However, I felt a bit cramped and perhaps too low to drive the Gran Coupe. The chassis was fine, and the 2.0-liter turbocharged four-cylinder offered plenty of throttle response. Yet, I felt that the Volkswagen offered a more comfortable cabin and friendlier driveline. The Kia was a straight-up badass. And, somehow, I felt that the Audi was a millimeter better than the BMW.

My "disappointments" were more than made up with the next two BMWs – the 330i and the Z4.

The newest 3-Series had been debated on by enthusiasts and journalists alike. I found it to be better sorted than the previous generation with a better 2.0-liter turbocharged four-cylinder engine, improved throttle response in all drive modes, and a very advanced cabin for the driver to master. Controls are much better than before with a bit more logic. I found the driving experience to be just fine, even with its naturally firm suspension over some of Shakopee’s rougher patches of tarmac.

The 330i I drove had the M Performance package, which was cool and all. However, this particular example had these 20-inch wheels which really looked – and acted – out of place in this 330i. Otherwise, this is a great machine that still lives on the plinth above all comers in its class.

As for the Z4, it is a very lovely roadster. Out of anything I drove in a span of a few hours, it provided the biggest smile on my face. Having the roof open provided maximum enjoyment for this soul. I liked how the cabin worked around me and provided the same improved controls as found in the 330i (as well as the X5). The 2.0-liter turbocharged four-cylinder was lively and responded well to my foot on the throttle. Just be careful in the corners, as it tried to do the two-step and the electric slide at the same time.

One thing I learned about driving the Z4: If someone asks you how you liked it, do not mention that you drove the Toyota GR Supra. Yes, they are engineered from the same platform, but just smile and nod when the BMW folks claim that their Austrian-assembled roadster is much better.

While BMW still makes automobiles that can be given the "Ultimate Driving Machine" moniker, there are other models for which I question whether they sacrificed its core tenets for sales volumes and market share. Yes, the SUV – er, SAV – is king (and queen).

Still, they are among the top sellers in the luxury vehicle class. You can’t deny BMW’s position as a major force among upmarket consumers. As for the old Ultimate Driving Machine tag line, you might just find that one vehicle among its vast lineup that walks that walk – rather, drive.

DISCLAIMER: Vehicles were provided by BMW of North America at this event.