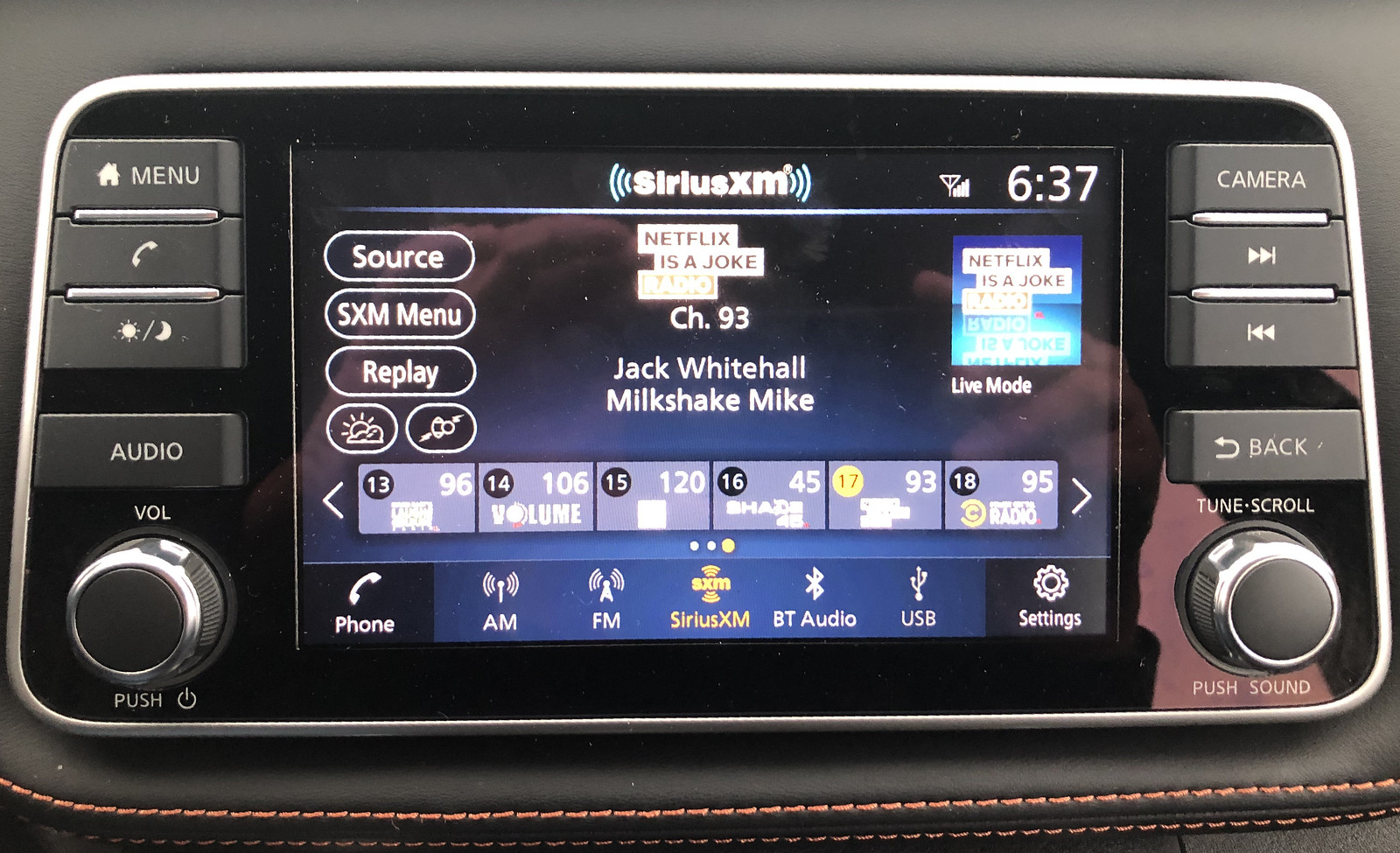 Comedy on the radio is a funny business – sort of. Right now, SiriusXM is the main purveyor of comedy programming in the road business with eight channels to listen to, plus an additional channel for online and streaming listeners. In all, there are nine stations where you can laugh for butt off across North America.

Can you laugh while you drive?

The quick answer to that is "yes." That is, as long as you’re in control of your vehicle, even if the joke is majorly funny.

Comedy on the radio is a funny business – sort of. Right now, SiriusXM is the main purveyor of comedy programming in the road business with eight channels to listen to, plus an additional channel for online and streaming listeners. In all, there are nine stations where you can laugh for butt off across North America.

When I began listening to Sirius and XM (prior to the merger of both services), I began to focus on an eclectic grouping of stations. These would include at least one comedy channel. That was tough since there were two that I would focus on – The Foxxhole and Raw Dog Comedy. Both offered plenty of uncensored content from comedians that I have heard of along with ones I discovered through listening to these channels.

Before I go on, a little personal history. I am a huge fan of comedy, yet I’ve only been to a few stand up sets. I would love to go, but I found that no one would want to join me for a night of, say, Dave Chappelle and Donnell Rawlins or of Scott Thompson. But, listening to comedy from Cheech & Chong to Richard Pryor to Steve Martin, my childhood was never lacking laughter and mature ideas.

Our house also had its share of comedy albums. I remember the album "The First Family" by Vaughn Meader and of Stan Freberg's own flavor of comedy. Television also helped to frame my sense of humor, thanks to Flip Wilson, among others.

Then, I discovered an eight-track cartridge my father had in one of his cars. It was Richard Pryor's "Greatest Hits" album. That one cartridge broke everything wide open. I can still listen to some of Pryor's routines on SiriusXM today.

The nexus of Pryor was driven by writer Paul Mooney, who brokered the short-lived NBC sketch show for the great comedian. Thanks in part to Mooney, Robin Williams emerged from a bit player in the show to irreverent stand up, "Mork & Mindy," two Academy Awards, and many roles. Williams became one of my "edges." Pryor being the other.

The progression from Pryor and Mooney continued with Eddie Murphy, Martin Lawrence, Chris Rock, George Lopez, Steve Harvey, Chapelle, Rawlins, and so forth.

However, another channel popped up in the 1980s. Radio personality Alex Bennett would host a morning radio show in San Francisco, where a small audience would show up to be there live on the air. Bennett would have local and touring comedians pop up on his show on KMEL, then "The Quake" and "Live 105." Through his show, I was introduced to more great comedians, such as Bobby Slayton and Bob Goldthwait – among many.

YouTube also added another layer of comedy gold that added to my listening pleasure on SiriusXM. Acts, such as Gabriel Iglesias and Russell Peters, were also on my radar while scanning SiriusXM for laughs.

It was SiriusXM that introduced me to one of the biggest names in comedy today – Kevin Hart. It was on an episode of Jamie Foxx's weekly radio show where Hart was on with LisaRaye McCoy when he was dropping gems in and around the cast and her. Hart got my attention since.

A few years ago, Hart’s name replaced Foxx's on his comedy channel. The channel stuck to the formula of showcasing African American comedians and other people of color, including newer and unknown voices. Hart replaced Foxx's cohorts with The Plastic Cup Boys – his crew – along with comedian Earthquake and his crew on their own shows.

New on the SiriusXM lineup is a channel called Netflix is A Joke. As you probably have seen or heard, Netflix has become the new HBO in terms of comedy specials. The streaming service has offered record amounts of money to high profile comedians while offering more opportunities to air their specials at any time by their subscribers.

The best bits from these Netflix comedy specials are heard on this special channel. This is a great opportunity for non-Netflix users to hear Ellen DeGeneres, Dave Chappelle, and others through their car audio system.

The same principle goes for Comedy Central’s own SiriusXM channel. On this channel, you can catch up with "The Daily Show with Trevor Noah" and "Roast Battle" as you slog through your commute.

Ron Bennington – one half of Ron and Fez – is the main attraction to the Raw Dog Comedy channel. His shows, including hosting the "Unmasked" series, is why you listen to channel 99. He also does countless of interviews on other SiriusXM channels, including the music-talk channel Volume.

Another channel to discover is the one that was created for Jeff Foxworthy and Larry The Cable Guy. This channel's focus is on "great American comedy." We're talking comedians, such as Foxworthy, Larry, Ron White, Bill Engvall, and so forth.

With all of this comedy programming on SiriusXM, maybe you should be excused for laughing all the way to work. Or, coming home. Or, laughing on long stretches of highway in-between cities. Or…you get the idea.

We need to laugh sometimes. We need jokes that help us relieve the stress and tension of the world today. Your remedy is right on your dial.