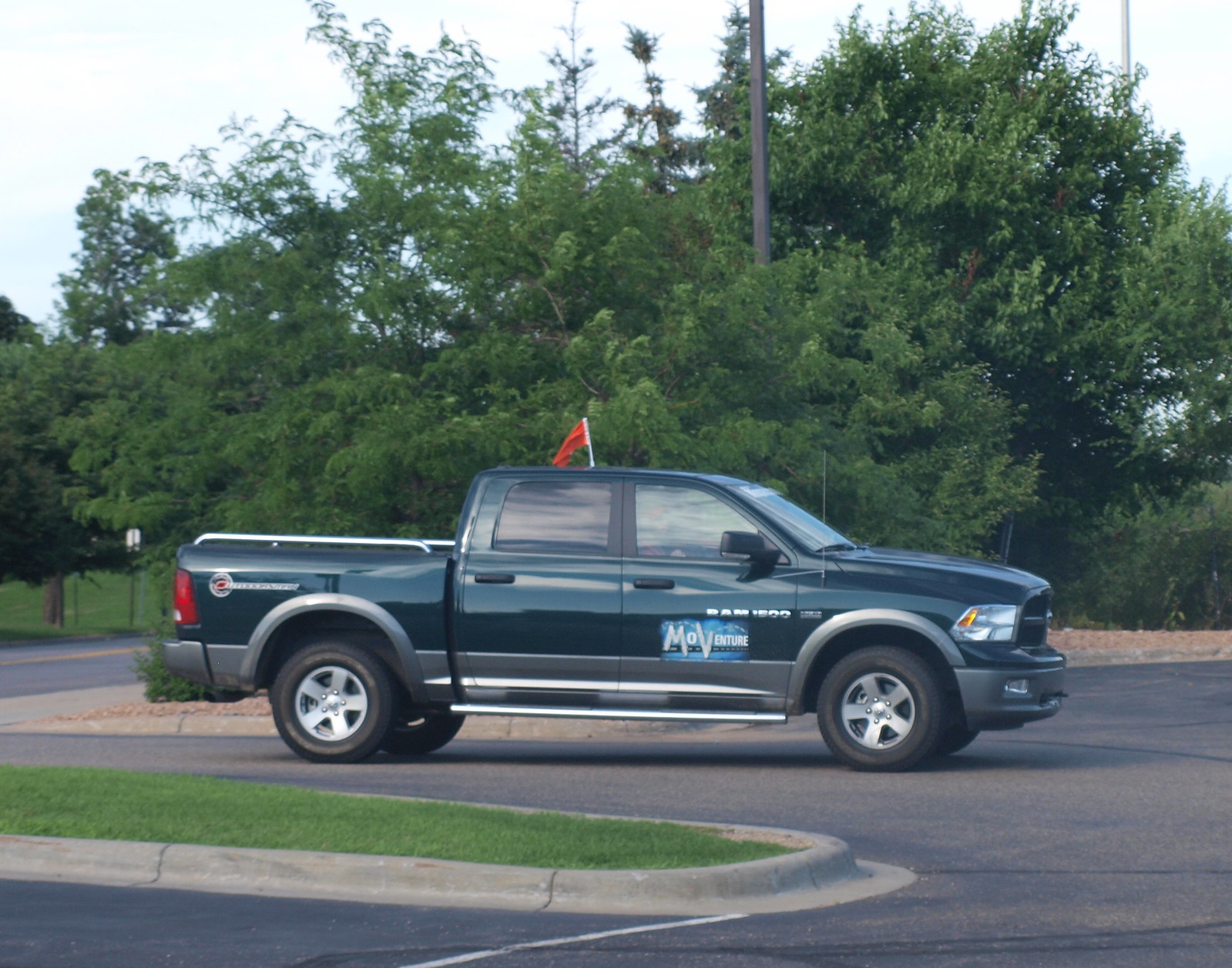 The art of driving is not only knowing where you're going – but the fun you find along the way.

What if your adventure was like a series of "The Amazing Race." Phil won't be there to greet you at the final pit stop and no one is being eliminated from the race.

What if you and whomever you're taking along is in one of the brightest vehicles available in this country? That means no kvetching at airline agents, not yelling at taxi drivers and language barriers along the way.

Now, what if you were competing against nine other teams of two – in various vehicles – on a road rally covering a thousand miles or more?

What is MoVenture? It is a week-long rally put on by the Mopar brand of Chrysler involving ten teams of two driving vehicles amongst the five brands of the company. It began on Saturday at the Walter P. Chrysler Museum in Auburn Hills, Michigan with a wandering direction towards meeting up at the National Hot Rod Association's Mopar Mile High Nationals in Golden, Colorado.

Along the way, these ten teams were given a series of challenges, both driving and otherwise. So far, they did an art project at a Fiat dealer in the Milwaukee area, a scavenger hunt at the Mall of America and tried to skateboard in Mankato. God only knows what comes up next for these teams.

The week-long rally stopped on Monday in the Twin Cities and I was fortunate to catch up with the teams and their support crew. Their first stop in the Twin Cities was the Mall of America. Their duty was to find 15 clues throughout the mall in a scavenger hunt. Keep in mind, there are four floors in this massive paean to mass consumption. When I arrived, I saw one of the team breaking a cardinal rule at the megamall – running. Unless it's the Susan B. Komen Race for the Cure, no one runs at the MOA.

Once they got their clues, the teams headed for Walser Chrysler-Jeep-Dodge-RAM in Hopkins for a reception and a maintenance challenge. Their task is to do an inspection and oil change on their vehicles. You could sense the tension in the air at the dealership – no, seriously…

After an overnight stop in downtown Minneapolis, the teams headed towards Mankato on Tuesday morning en route to the Denver area.

Sure, I'm giving you a basic overview of what went on. The Mopar MoVenture team did a great job in organizing this event so far. The participants are having the time of their lives battling the extreme heat and humidity the Upper Midwest experienced in the past few days. There's a lot involved in each challenge, but having events such as this happen in our own backyard helps validate something I've been advocating for years: The Twin Cities is a great automotive market. It is also a diverse market ranging from non-car folks to the Bentley and Maserati owners in the region.

By bringing events to this area, automobile manufacturers and distributors are tapping into a car culture that is sometimes passed over. Only a few customer drive events or road rallies make it to this market, and that's a shame! From what I've witnessed, Chrysler, General Motors, Subaru and Hyundai have been the only companies that actually do anything of this nature in this state.

Perhaps the rest of the automobile industry should look at the Upper Midwest (Minnesota, Wisconsin, Iowa and the Dakotas) a bit more closely. We're just as car crazy as the rest of the country. Give us a chance!

As for Chrysler, thank you for swinging by our part of the world with your ten MoVenture teams and your amazing enthusiasm to reach out to your customers, owners and enthusiasts. We appreciate everything you do. Come back again – soon!