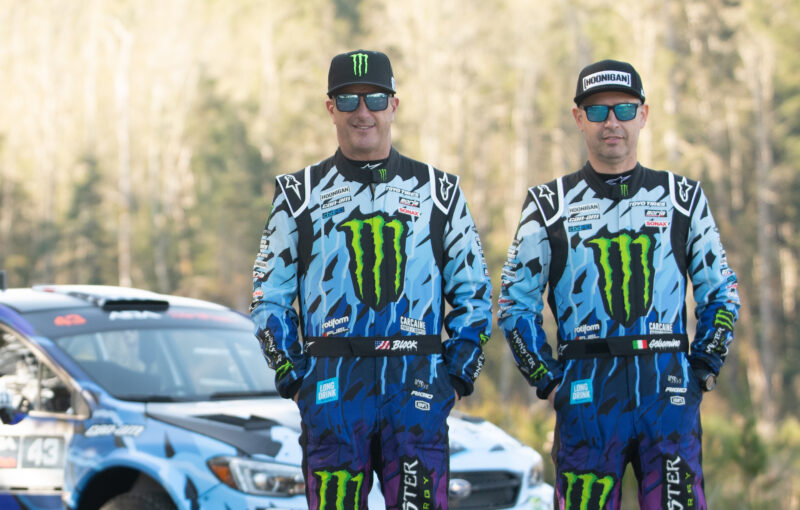 Yet, he influenced a generation or two to go the extremes. He elevated the sport of rallying and Gymkhana to new heights with fearless determination.

This hero did not play basketball. Nor did they have a hit on the radio or on music streaming services.

Yet, he influenced a generation or two to go the extremes in their automotive enthusiasm. He elevated the sport of rallying and Gymkhana to new heights with fearless determination.

With the new year in motion, word came from Utah that one of our automotive heroes was a victim of a snowmobile accident. Ken Block succumbed to his injuries after he attempted to go over a steep incline near his ranch in Wasatch County and the snowmobile landed on him.

His resume was unquestionably one for the books. Block competed in 24 World Rally Championship events with no wins. However, his success came stateside with 16 Rally America wins. Add another six Global RallyCross Championship wins, along with string efforts in other RallyCross arenas worldwide.

Yet, we know Block as a fearless driver. Take a car, ratchet it up to beyond its performance threshold and have him let ‘er rip. We all bore witness to his feats on various platforms beyond real time. Yet, we were amazed at what he does, even if he defied death doing so.

Block’s legacy will continue through two brands: DC Shoes and Hoonigan. You may not know this, but he co-founded DC Shoes. If you did, it was certainly no surprise to me. However, Hoonigan was his invention. A way to transform rallying and extreme motorsports – even snowboarding – into something accessible for the fandom.

His partnerships with Subaru, Ford, Audi, and Monster Energy are – and were – iconic, as he was. Conversations about extreme motorsport never exclude Block and his ability to turn the impossible into something exciting and enjoyable. He also influenced us in the way we approach the automobile and automotive enthusiasm.

Reports from everyone who came in contact with him reports that he was one of the nicest people you would ever meet in motorsport.

We express our condolences to Block’s family, his entities and partnerships, along with you – his fans. We lost a great enthusiast and motorsport athlete that has changed the game for all of us.

Every generation needs a hero. Ken Block was a hero for the fandom.

All photos courtesy of Subaru of America