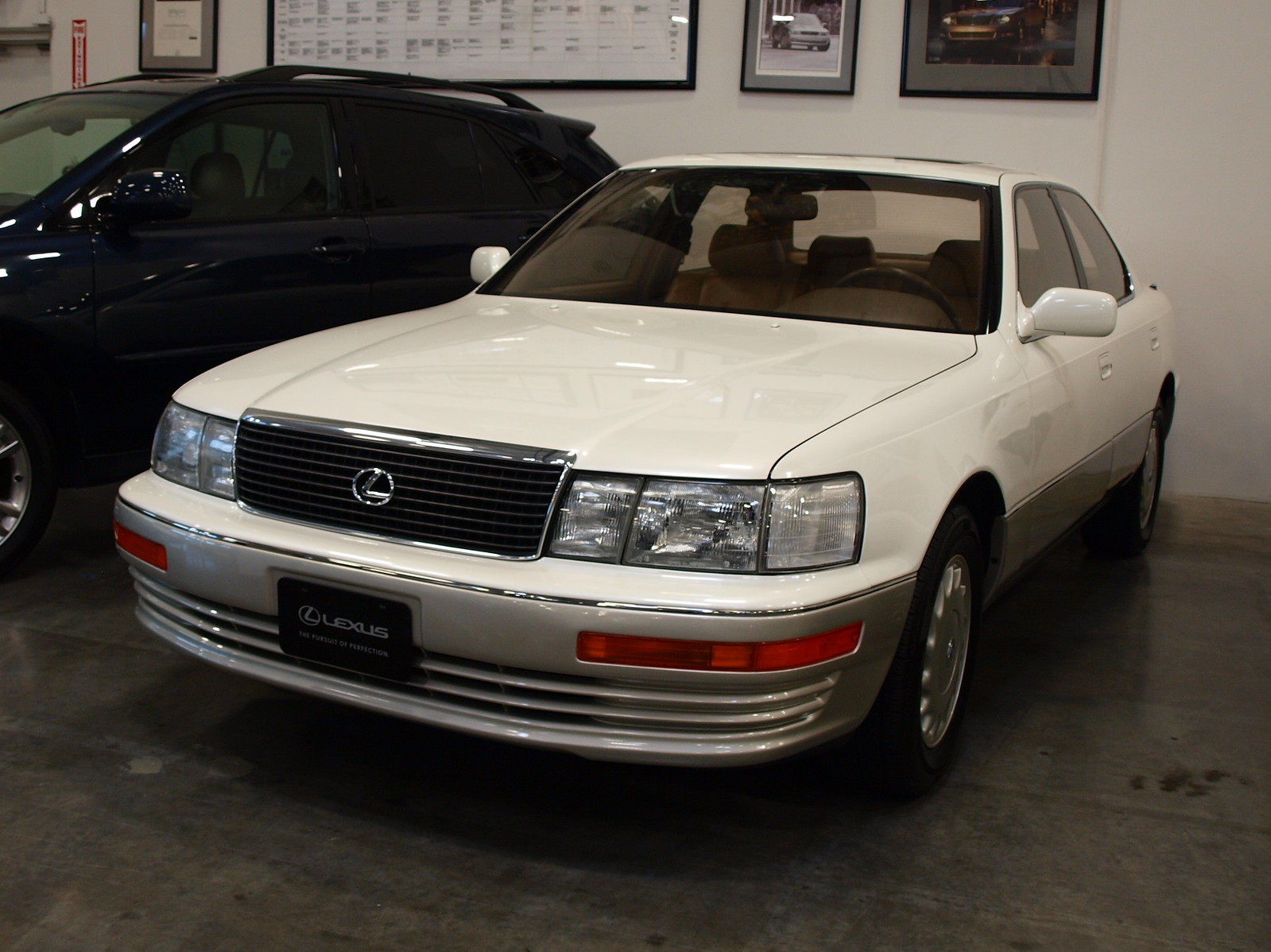 As I get older, memories become fonder. Memories of vehicles driven – for work and for pleasure. Some memories are worth reliving inside your head. Others…could be considered forgettable.

As I get older, memories become fonder. Memories of vehicles driven – for work and for pleasure. Some memories are worth reliving inside your head. Others…could be considered forgettable.

The rate things are going, I might not be able to drive them ever. Never mind that, let's go to this third list…

1990-1994 LEXUS LS 400: You would think by the sheer number of Lexus models appearing on this website that I never got the chance to drive the original. Nope. Never got around to it. It appears on this list because of the significance this car had on the luxury vehicle market in 1990. I’ve told this story before many times on how Toyota went "all-in" on a car that challenged the top of the automotive food chain. They certainly made an impression. I would love to see how one has held up the test of time. To see the reason behind its success and how it framed the Lexus brand that we know of today.

1965-1980 ROLLS-ROYCE SILVER SHADOW: Growing up in Los Angeles, there was one car that was considered the pinnacle of anything on the road. It was not Italian, but there were more Rolls-Royces in Southern California than Ferraris and Lamborghinis at the onset of the 1970s. The Silver Shadow was considered the first "modern" Rolls – modern for 1965. They were comfortable and were easy for Americans to drive. Rolls-Royce kept on modernizing with the Silver Shadow II and the addition of rack-and-pinion steering. I know, big deal. But, consider what this car is all about – wafting in the highest order. It’s living the Beverly Hills fantasy, circa 1976.

1969-1973 IMPERIAL: Early on in my life, I’ve driven some huge Cadillacs. They were special vehicles, indeed. They roamed the Earth just as the OPEC Oil Crisis began to destroy their existence. There were two other choices for American luxury car buyers – Lincoln and Imperial. The choice of going with the Fuselage Body Imperial is not based on the fact that it is a Mopar product. It is because they were supposed to be Chrysler's answer to Cadillac. Before 1969, Imperials were built extraordinarily well. However, it is the Fuselage Body that I remember the most – and are the least intimidating to drive. I would prefer a pre-emissions control model just to feel the power…or, as James Pumphrey of Donut Media would say "Mo Powa, Babeh!"

1975-1983 VOLKSWAGEN RABBIT (GOLF MkI): If one car would change the trajectory of Volkswagen from its Beetle days, it was this one. Think of the credentials this car had: designed by Giorgetto Giugiaro, the first Volkswagen with a transverse engine, simple to operate, and, from what I heard, Wolfsburg-made models were really fun to drive. That means experiencing the earlier models. And, that’s not a bad thing, really! To know where Volkswagen is now, you must look back at where it came from. The Rabbit/MkI Golf is a good place to start.

1973-1987 CHEVROLET C/K-SERIES: A few weeks ago, we talked about how the truck business had changed from farm vehicles to today’s luxury family haulers. If you ask me, there were three transition points: The 1973 Dodge D/W-Series Club Cab, the 1974 Ford F-Series Super Cab, and the “square” 1973 Chevrolet C/K-Series. Of the three, the Chevy would prove to be the most durable, longer lasting, and more visible of them all. To me, the square C/K made the biggest leap in design, performance, and innovation in pickup trucks. Visually, they were more play-ready. If you take out the diesel from the equation, the square C/Ks would give you a reference point of where we are at today in the development of the full-size pickup truck.

2010-2015 FERRARI 458 ITALIA: At this point, I'm still 0-for-Ferrari. Though I've been told that a good thing, one cannot say that without authority. That means actually driving one. But, which one? My thought on the 458 Italia is this: the lineage. The 308 GTB/GTS made Ferrari’s road cars more accessible for those who only dreamed of owning one. The mid-engine V8 sports cars Enzo made his Scuderia money off of changed the way Ferrari was perceived in the public eye. So, why the 458? Don’t they catch on fire? Hey, why not? I heard they’re quite the challenge to drive – and, sure, I’d like a challenge. They're also easier to drive, which may not be much of a challenge. C'mon, just one Ferrari to drive before I kick off this planet, please?

1979-1990 MASERATI QUATTROPORTE: Remember I told the story of seeing a Quattroporte at a corner lot in Northern Virginia practically every day when I commute to work and back? I was always curious how luxurious – and flawed – these big sedans were, given the company’s history at the time. They embodied everything you want in an Italian luxury car – puffed up soft leather, grandiose, but simple cabin design, a tailored suit of a body, and temperamental performance. The V8 came from the Khamsin with a lineage dating back to the Bora and Ghibli, spewing out up to 276 horsepower. Absurd? Yes. But, it might be worth the drive someday.