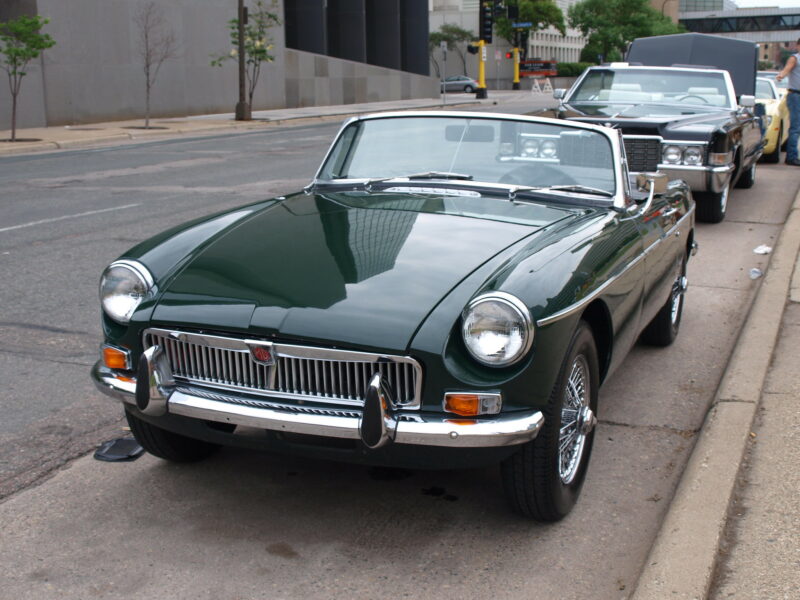 Still, I found myself in the face of aging – of starting to look old. Not exactly what you want from a member of the automobile media corps.

It started at an eye doctor's office.

I decided it was time for new glasses. Using the vision care benefit from my day job and the Health Savings Account debit card, I ended up with a stronger prescription designed to improve both my distance, reading and computer use vision. This time, I wanted a more contemporary/retro plastic frame look that is short of being called a hipster.

Instead, I looked at the mirror and thought of one person – Cary Grant.

Towards the end of his life, the elegant man with the elegant accent wore big plastic framed glasses and a completely white mane of hair. The new glasses certainly looked somewhat retro, different and big. However, those who know me know I am far from having any strand of hair on my head.

Still, I found myself in the face of aging – of starting to look old. Not exactly what you want from a member of the automobile media corps. Maybe "old" is not the right word. Nor does "aging" fit well here. Maybe "maturing" would work…but, Cary Grant?

It prompted a thought: I am actually old enough to remember some real classic automobiles!

Yes…but which ones? I suppose this calls for a My Favorites column of long, lost names of automobiles from the far recent past. I put together a group of vehicles that somehow stood out for some odd reason. Perhaps because someone reminded of them…could be the case.

IMPERIAL: Let us just be clear here: This is not the rear-drive neo-Art Deco coupe remake introduced in the early 1980s. Nor was it the guzzied-up New Yorker from the early 1990s. This was the real thing, when Imperial was considered a brand and not just the Chrysler planted above the New Yorker Fifth Avenue. My childhood was pronounced by Elwood Engel's Lincoln Continental-influenced Imperials. In 1964, Chrysler's luxury brand had its second best year because of the change in styling direction. Eventually, this led the Fuselage era – 1969 to 1973. With Cadillac and Lincoln as common amongst American luxury car buyers, Imperials were quite special machines. By 1973, that special feeling was lost as the line was integrated with the Chrysler brand. For that moment, the luxury one got in an Imperial was indeed a world apart.

MGB: Before the Datsun 510, there was the British roadster. There were plenty of Triumph and MG lovers to go around, but somehow the latter became the more popular – by a nose. The MGB was British Leyland's best weapon in North America. Despite all the stories of quality and so forth, we loved MGBs. A friend in high school had one: A white late 1970s model with a white top and a black or red interior. It was not exactly a "Reseda car," but he was a bit of a cut above the typical Reseda High School student. Still, the MGB suited him at the time as it did for its owners. It was one of the classic roadsters that remained relevant almost to the end of its run.

RENAULT LE CAR: How do you sell Le Cinq to us 'Muricans. Good question! Renault was on its own prior to the link-up with American Motors and had a handful of models available for our market. However, the city car – rather, the subcompact – was a bit of an anomaly to this country. You can thank the members of OPEC for giving Renault the open door to try to sell the Cinq to us. They called out version Le Car. Cute. The 5 was a cute car to begin with. It was quite practical and pretty specious for a little car. At least it carried over through the coupling in Southfield, before it went out in the middle of the Alliance/Encore rollout. Admittedly, the little Le Car was ahead of its time…especially when its successor is still one of the most popular models in Europe and our market is starting to embrace the subcompact.

PEUGEOT 505: The 504 before it was a breakthrough for the Old Lion. In the states, a strange twist came over the brand along with its global superstar. Instead of being on the level of Renault, Volkswagen and Fiat as more affordable Europeans against the Japanese, Peugeot went a bit upscale. In this country, Peugeot competed against Alfa Romeo, Audi, Volvo and Saab. Because of this twist, the 505 arrived priced a cut above the rest. Perhaps it was meant to be, as our version of the 505 was equipped luxuriously. Even more exotic was the ready availability of a turbodiesel engine with an automatic gearbox. Just like the 504, the 505 had a very long life – almost to the day Peugeot stopped selling automobiles in this country. Despite reports of reliability and quality, they actually were quite comfortable and enjoyable to drive. Makes us wish they remained here today.

ALFA ROMEO 2000 GTV: I love Alfas. This one is my favorite. There are many reasons why. First off, Giorgetto Giugiaro designed it – for Bertone. In fact, it is the only Bertone-designed car I truly love. The result is a proper four-place coupe with a silhouette that reminds you how practical this car can be. Add to the racing pedigree and you have the best 2+2 coupe of its time. Before the arguments begin, remember this is an Alfa. Better still, this is an Alfa before its acquisition by Fiat. The romance of the Giulia coupe has been forged by Alfa's ability to maximize the fun no matter the model designation. Luckily for America, the 2000 GTV represents absolute beauty as kit carves up curves, rumble down the Interstate and dominate race tracks in its wake. I would rather spend an extended period of time just looking at one.

All photos by Randy Stern, unless otherwise noted