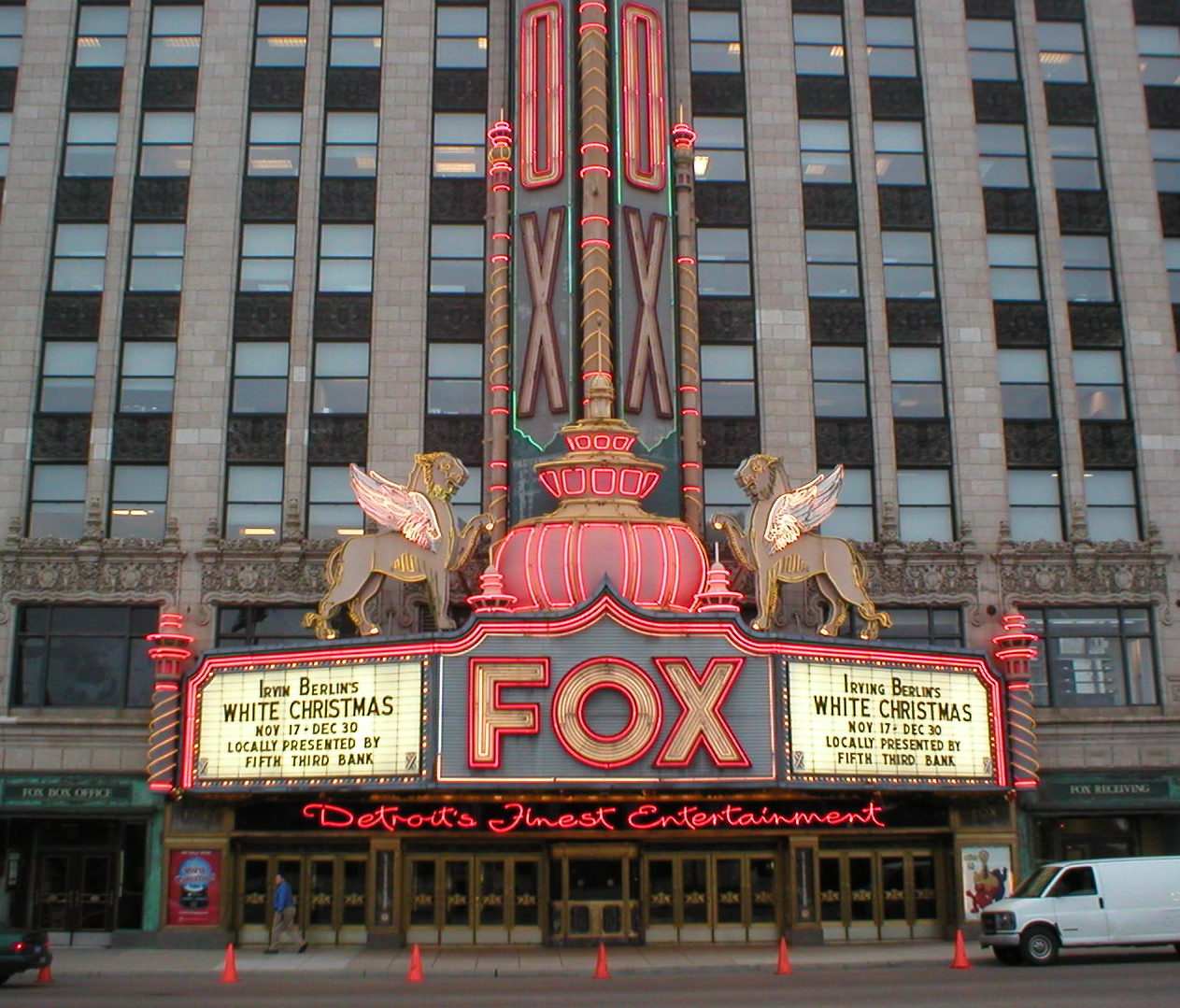 You probably guess that this is yet another travel-related piece…

Well, the theme of this month in V&R has been travel. You probably found that a lot of this month’s content is centered on this subject through this month’s historiography and a few other related topics.

After all, the automobile is related to the way we travel. It certainly changed the way our country has been traversed by tourists for the past 80 or so years.

So, for this My Favorites column, I wanted to revisit the topic of travel and trips. It does not require an automobile, but you will find some that were exclusively done using one. And, I’m reaching back to my first ever solo trip – the one that did not require my parents and/or my brother along for the ride. Some family members may appear in these trips one way or another.

1985 – PHOENIX: Combine college football, friends that go back to junior high, and a state I have never been to, and you get one of my earliest favorite trips of all time. My friend Bill was recruited by Arizona State to play football. After a year as a red shirt and subsequent injury that ended his football career, he concentrated on his English major towards a three-decade career at the only job and company he has ever worked for. Just so happens that another old junior high buddy was playing for the University of Utah. Just so happened that the Sun Devils were hosting the Utes at Sun Devil Stadium. We saw Greg for about a minute after ASU crushed Utah that Saturday night. I do recall staying at a nice Hilton in Mesa, along with a tan-colored Pontiac Grand Am that I rented. Did I fly Western Airlines or America West Airlines – or both? The best part was seeing that sunset over the west part of the valley. That sunset would be revisited a few times over the next 11 years.

1993 – BOSTON/PROVINCETOWN: To celebrate my graduation from California State University East Bay, I decided to take it out east. I have never been on the other coast, so a lot of anticipation was riding on it. I took the red eye the night of graduation from SFO on Delta Air Lines via Cincinnati to Logan Airport. I stayed at a lovely guest house in Back Bay that was LGBT friendly. I had so much adrenaline in me that I could not wait to go to my first Red Sox game at Fenway Park within hours of my arrival into Boston. From there, my timeline was blurred. All I recall was taking a bus from South Station around the Cape to Provincetown and stayed at another guest house. This would be my first stay at any LGBT resort town. It was a massive attempt to be, well, gay. It did not matter whether I failed or not, I did get a kiss from a cute guy when I was dropped off at Logan for my flight back. That was the kind of trip that was – pouring the cement on my sexuality. That would be the only time I ever visited Boston or the Cape. I’m probably due for another visit.

1996 – PHILADELPHIA/WASHINGTON/PHOENIX: Known as the “East Coast Swing,” this trip bridged a work I was doing to create a from an online space into an interpersonal one with visiting two more places I always wanted to visit. It started out on America West, starting in Oakland and transferring through Las Vegas to get to Philadelphia. Originally I was supposed to have a long layover at McCarran Airport. Instead, I got lucky and got the last seat on the to Philly. After a day or so visiting Independence Hall and other historic sites in Center City, I rode the train down to Washington for my first sight of the Mall and its varying locales along the way. A group of Washington contacts drove me back up to Philadelphia to meet with other people. From there, a majorly delayed flight had me on an earlier nonstop from Philadelphia to Phoenix on USAir. The next day, I was back on America West to Oakland. The trip was not known for the points of interest and the time of year. It would foretell the near while yielding friends for life – two of which remain today.

1998 – ATLANTA: Have you had a trip that was for a single purpose that made you fall in love with a city? For the same reason that I went out Philadelphia, Washington, and Phoenix, I headed to Atlanta to meet some of the guys who were part of that online community. This was a direct shot from Washington’s Dulles Airport to Atlanta on Delta, where things ran very smoothly. A rental car and a motel later, I was checking things out in certain parts of town. You know you had a good time when you cannot remember all of the details, right? All I can recall was a good time at the Eagle, my first visit to a Waffle House, the Carter Center, and just being enthralled with the city. This was first of two visits to Atlanta .

2006 – LOS ANGELES: I avoided coming home to my birthday since I left it ten years prior. I had my reasons, all of which were of my own making. Time does heal chasms and other towerblocks. American took me back to Burbank Airport via Dallas-Fort Worth. It was done on purpose since Burbank was the first airport I ever flew in and out of. While I stayed in Burbank, my travels took me all over the place – down to my brother’s place in South Orange County, into Long Beach where I lived for a minute, and the entire swath of my hometown. I even took in a comedy gig from a someone I knew out there. What made this trip whole was the outcome of it. This was the L.A. I needed to experience. This was the positive energy I received that took years and maturity to absorb. It was great to be home.

2006 – DETROIT: On Veteran’s Day, I fulfilled another dream trip of a lifetime. I always wanted to visit Detroit, but never thought it would ever happen. As a car person, a visit to Detroit was a must-do. To accomplish it, I was armed with all the information I needed to get to the museums, stores, experiences that I wanted to see and do. It took a roundtrip between MSP and Detroit on Delta to accomplish this, along with a rental car a nice place to stay in Dearborn. It also took a Red Wings game at Joe Louis Arena to add more value to a car-related trip. Who knew this would become a business destination I would visit a few more times after this initial trip?

2008 – TORONTO: I knew the Toronto International Film Festival was happening when I was there. But, I had to get away from the Republican National Convention that was happening in St. Paul. The trade-off worked very well to my advantage, as I took a Midwest Airlines flight via Milwaukee to Pearson Airport’s Terminal 3. It was a superb trip, with a guest house stay in Church-Wellesley Village, a platitude of friends, a Blue Jays game…against the Twins…and a first visit up the CN Tower. This trip deepened the love and admiration I have for Toronto. Now, I have to consider when I would return here. But, first, I need to renew my passport…

2009 – NEW YORK: Though I visited New York City a few times when I lived in the DC Area, I was always in a rush to do everything in a limited amount of time. This time called for a weekender in Lower Manhattan done at a leisurely pace. I flew into Newark on American via O’Hare, which increased the adventure factor of the trip. Better than LaGuardia, I suppose. The hotel was great, though the room was a bit small. I did get in a Yankee Game, a ride on the Staten Island Ferry, visited the United Nations, went into more boroughs and into New Jersey – the most places I ever covered on a New York trip. In all, I accomplished a lot. I’m due for another run out to the Big Apple.

After 2009, all of my trips ended up being for business purposes. There had been plenty of great experiences – most of which captured individually on this site – but I wanted to look back at the best travel adventures ever.

It also serves as a reminder that, yes, it would be nice I went on a trip that did not involve writing about it. Maybe…