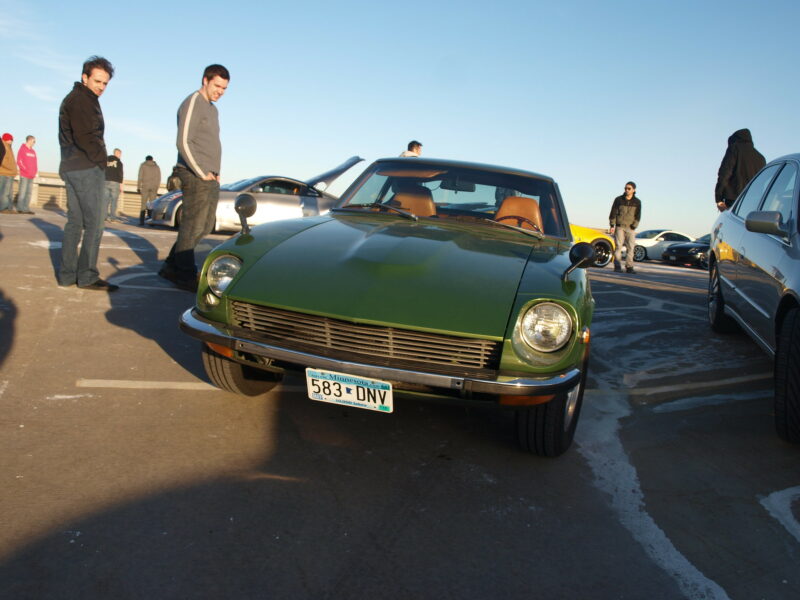 A very long time ago, but Japan used to make terrible cars. When Toyota and Nissan set up their respective USA shops in the late 1950s, they were met with laughs. They little sedans were seen as clown cars to the average post-World War II American. Even Renault and Volkswagen owners would join in the guffaws.

Soon, they brought out the toughest vehicles this country has ever seen on the dark side of the Jeep: The Toyota Land Cruiser and Datsun (er, Nissan) Patrol. No offense to my friends who own Jeeps, but one has to wonder why Toyota sells more off-road products worldwide than Fiat Chrysler Automobiles.

By 1970, the Japanese automotive industry finally figured out what the world wanted – and delivered. Other brands came our way: Honda, Subaru, Mazda, Isuzu, Mitsubishi, and Suzuki. Soon, the Japanese began to gnaw at the North American market – and soon began building their products right on our soil. Ever further, they began to build models just made for North American tastes.

We often forget how much we despised our former World War II combatants and their uncanny ability to build quality and efficiency in perfect harmony with every automobile sold here. Then, they experienced the same strife our domestic automakers endured for decades: Recalls, Congressional investigations and eroding market share. But, that's all Toyota.

Still, Japan provided some fantastic automobiles along the way. Here's a list of them based on my experience over these past God knows how many years on this planet:

1970-72 DATSUN 240Z: Tin boxes and overachieving trucks were the norm for Japanese fare in North America. They've also been able to toy with sports cars in both roadster and closed coupe form. Honda and Toyota engaged in formulas that were seen as "close, but no cigar." Nissan nailed it. First the Roadsters matched their British and Italian counterparts through drivability, yet they overtook them for reliability. That paved the way for a car with higher ambitions: The Z. If you’ve driven one of the earlier models, then you know how astonishingly quick and agile it is. Under the long hood is a 2.4 liter in-line six that is excellently balanced and mightily potent. The Z's lithe structure attributes to a driving sensation close to flying a jet fighter. Punch the accelerator and feel it go. Take it through a curve and enjoy the convergence of sharp handling and accurate steering pummeling the Z through the canyons. This was some sports car – the likes of which have rarely been copied since.

1986-1989 TOYOTA CELICA: If there has to be a Toyota on this list, it might as well be this one. It was the first front-drive Celica, a ploy to gain more space for people and cargo. It also provided the first platform for higher performance engines, including a turbocharged version of the same four-banger, and all-wheel drive. Not to fade into the shadow of the MR2 and Corolla FX16, the Celica knew it had to create an impression on its new platform. For me, it did. The 1986 Liftback I drove in and around San Francisco was the most phenomenal car I've laid my hands on at that time. Though it was only a 2.0 liters under the hood, it still gobbled up miles and let me take on a few curves in the process. Simply, the package was tidy for sporting use, but it did miss a few things along the way – or, should I have waited for the All-Trac? Nah. After all, this was the precursor of what my automotive future held for me.

1989-94 NISSAN MAXIMA: The original Four Door Sports Car was everything you asked for from the people that built the Z. To accomplish the Maxima, Nissan had to take an existing front-drive platform and recontextualize it. It had to be right for North American roads and for global enthusiasts. The Maxima's formula was simple: Give the driver more of everything. Until that time, no Japanese sedan would ever tread into the waters of European machinery. It also dusted anything the North American auto industry attempted – including the Chrysler LeBaron GTS and the Pontiac 6000STE. Though the one you wanted was the SE, even the GXE didn’t disappoint. It was softer than the desirable sportier model, but you can feel that it was willing to satisfy you for every mile earned. One thing that the Maxima did for Asian automobiles: It opened up the possibilities of other models to follow and reach into the vaunted territory owned by BMW and Audi.

2000-2004 SUBARU OUTBACK: If you know me, there was a probability that a Subaru might show up on a list like this somehow. But, why this one: The third-generation Legacy-cum-Outback? Well, it was the first Subaru I've ever driven for more than a test track (that was in 1983 with a coupe version of the Leone). Secondly, it was fun! I had ample room behind the driver's seat for lengthy drives and it rode superbly – even with raised ground clearance and all-wheel drive. Why this generation and not the next one which I had more experience with? If you were considering the true mission of the Subaru Outback, being a highly capable alternative to the body-on-frame (or, unibody with off-road capabilities) SUV of its era, this particular generation nailed it dead on. Though the latest version is quite good…

2003-2008 MAZDA6: The Capella was a warrior since the early 1970s. They opened up Mazda to the world with both conventional piston engines and a new generation of rotary motors. Then, they went back to the drawing board with one caveat: How could they capture the spirit of the MX-5/Miata in a four-door family sedan? You make an honest-to-God sports sedan! The Atenza was the answer – known to the rest of us as the Mazda6. It may be a bit tight for the kind of family I cart around, but if it was just me and someone else – we're off into the mountains! It remains one of the best automobiles I ever driven. For someone who is constantly looking for a less-expensive and non-pretentious alternative to a BMW or Audi, I think you'll love the first generation Mazda6. Though the third generation Mazda6 is a very good touring sedan…

2015- LEXUS RC F: When I think about the original Datsun 240Z, I have to think about the outer limits of the Japanese car. Toyota laid down this path when they opened up the luxury Lexus brand in 1989. This would lead to the creation of the LFA, a supercar that was a study in how car a car can be developed and produced. As phenomenal as it was, it was further from the touch of many. Lexus went on to develop a coupe that would be attainable – the RC. It would be putted against German and American coupe rivals. To rally play in this arena, they needed something that would rival the likes of the M4, ATS-V, C63 AMG, etc. To do, Lexus dropped their 5.0 liter V8 from the IS F and gave it wings. The result is one of my favorite cars of all time. It is so fast, you cannot tell when you reached well above speed limit. It is so chuckable, even for a car pushing 4,000 pounds in curb weight. It is what Japan has presented in its maturity as an automotive producing nation.