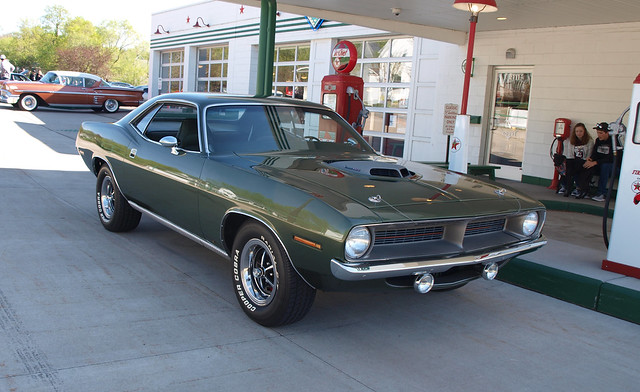 This Sunday is Father's Day.

This is not one of the easiest days to deal with. Sheldon Simon Stern passed away in 1986. He left our family in 1972. Overall, he was a father who ultimately never had a good relationship with his sons.

If I had to glean something positive from my relationship with my late father – he liked his cars.

From the time he left the house, he would do annual leases of his cars until he met his second wife. Then, his car ownership history became somewhat stable.

Even prior to meeting my mother – and through their marriage – he also had an interesting relationship with the automobile. He told a story about some sort of rally through Stern Grove (no relation) in San Francisco in an MG supplied by a dealership in San Rafael. I would imagine this was believable.

I thought about doing a "my favorites" column featuring dad's cars. It would be interesting what I would come up considering my feelings about him – in retrospect. That was one of his favorite quotes: "never invest in retrospect." Perhaps the wrong thing to say to your child who earned his Bachelor of Arts Degree in History – let alone write about automotive history on a monthly basis on his own website.

Here they are…my favorite vehicles my dad owned or leased.

1970 PLYMOUTH BARRACUDA: Mopar's ponycar was one of the most memorable cars our family owned prior to the separation. It would be the one car that got me deep into the world of Mopar. Dad bought this second hand – a former lease bought back and resold at the Chrysler-Plymouth dealer in Canoga Park, California. The metallic blue hue wore wonderfully on the outside, as well as inside. The coupe was crowned by a white vinyl roof. I cannot recall which engine was underneath the hood of this base Barracuda. I would assume either a 318 or 340 cubic-inch V8 attached to a three-speed TorqueFlite automatic transmission. I don't recall whether my dad traded it in or that we sold it outright after he left us. We should’ve kept it for Matt…just five more years, mom… 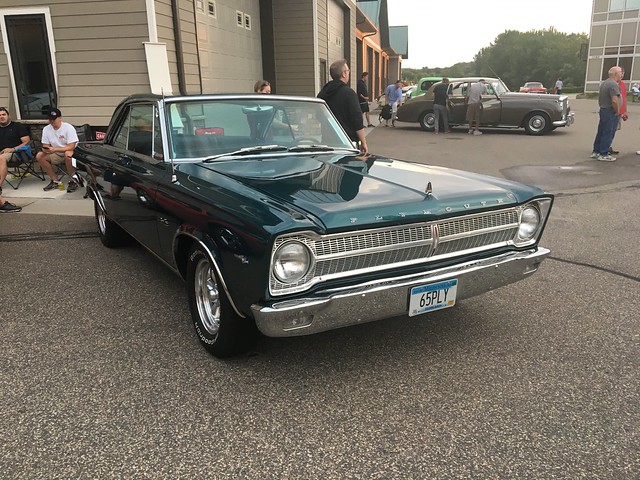 1965 PLYMOUTH SATELLITE: Can you remember a specific car at 1 or 2 years old. Had I known that I would have that ability to remember this black-on-white number as a toddler, then perhaps I was destined to be in this vocation. I do remember it for one reason – those black vinyl seats! During the summer in the San Fernando Valley, it gets hot. See what happens when a child tries to get into a car with black vinyl seats when it is over 80 degrees Fahrenheit outside? But, I'll be damned if it wasn't the coolest car we owned at the beginning of my life. It was a classic Plymouth that is highly appreciated years after my first encounter in it.

1974 FORD LTD COUNTRY SQUIRE: Why would anyone want a station wagon, if it was just for a recently divorced father? Dad leased this big wagon for a year and I still had no idea why he would do such a thing. Back in the 1970s, the large station wagon – preferably one with wood siding and top-of-the-line amenities – was a status symbol. It would equal to today's Ford Explorer Platinum. The big LTD had practically everything. The deep blue paint color was offset by the fake wood paneling on the sides. The interior – probably high-grade vinyl or perhaps leather – matched the exterior color. As solid as my memory serves, perhaps his real estate background warranted the Country Squire – yeah, let's go with that… 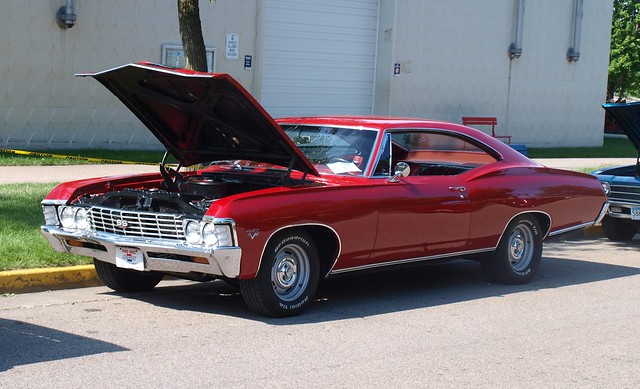 1967 CHEVROLET IMPALA SPORT COUPE: Dad traded in the 1965 Satellite for a new white Impala coupe at a Chevrolet dealership in Santa Monica. Instead of a black vinyl interior. They chose one with a blue vinyl interior. Still, we lived in the San Fernando Valley with its hot, smoggy summers. The one feature that will get you second-degree burns was the metal Impala applique set in the upper middle rear seatback. Still, it's 327 cubic inch V8 and 3-speed Turbo Hydramatic transmission kept the fastback Impala running into the early 1970s.

1977 BUICK ELECTRA LIMITED: Thought it was downsized in 1977, it was still a big, floaty full-sized sedan that exuded luxury from every pore. Dad did not just get one Electra Limited – he bought two. One for him, and for his soon-to-be second wife. His Electra was in a yellowish hue with a tan/beige plush velour interior replete with additional cushions on the seats. Her Electra was a light blue body with a dark blue vinyl roof and similarly colored interior. Both had the bigger 403 cubic inch V8 and Turbo Hydramatic transmission. Like I said, both were big, floaty, and thirsty. Dad's Electra was the first time I actually attempted to drive a car. He told me to get it out of a packed parking space at a downtown San Francisco lot. I failed. I couldn't get it out. Oh, well…I was 15 and just needed my permit… 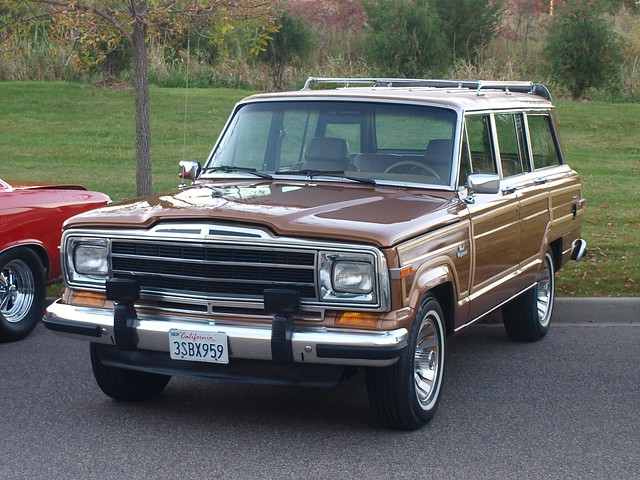 1981 JEEP WAGONEER LIMITED: Who knew this would be a Malaise era classic today? It was what we would call a large SUV today, except I doubt of any the latest offerings would rock wood paneling. That, along with a white paint job and a lovely tan leather interior with cut-pile carpeting. I believe this had the V8 engine, since it was indeed powerful. It rode smooth and lovely, even on dirt paths. Dad got this from Brian Chuchua's Jeep emporium in Orange County as new, which raised the cool factor of this luxury SUV. This was one of a few cars that I have driven – and it was the best bar none.

1972 OLDSMOBILE NINETY-EIGHT LUXURY SEDAN: I saved the longest lasting car in our family for last. Dad bought it from a colleague since he wanted to make a clean break from the Barracuda. He handed mom the 1967 Impala for good, although he would leave the house with the keys to this car for mom. It would be with us for 11 years – one owner, three drivers. It ended up as mine by my senior year at Reseda High School. It turned into a hooptie by the time it died in my second semester at Los Angeles Pierce College. Throughout those years, it yielded many memories and a license to be free. It suited our family well. Thanks, dad!