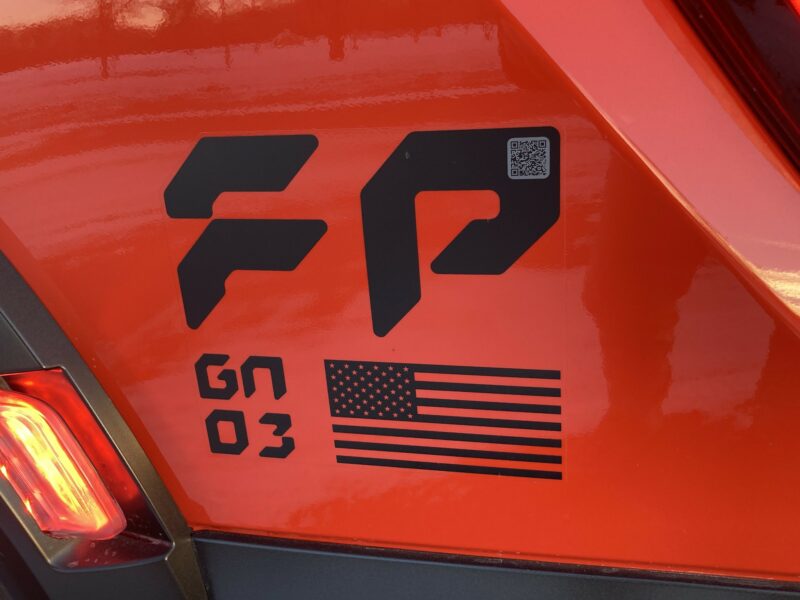 Some did have a portal to plug in for a wee bit of electricity. Nonetheless, the internal combustion engine still ruled the roost at V&R – for now.

This past year was electrifying. Literally and figuratively.

Until this past year, I never thought I would work with a full battery-electric vehicle. On where you only plug it in to get energy back into the vehicle. Seven of these vehicles showed up on my regular rotation. I had the chance to drive a few more on top of that. Who would’ve thought it would come to this?

However, there were still vehicles that you can pull up to the gas station and put in a fossil fuel inside the vehicle. Some did have a portal to plug in for a wee bit of electricity. Nonetheless, the internal combustion engine still ruled the roost at V&R – for now.

In a nutshell, 2022 was a year full of discovery. The day job helped tremendously, but the passion for the work remained right here on this website. You can thank George Torline for a good chunk of that!

Which brings me to the annual My Favorites list of vehicles driven over the past twelve months. It reflects the changes this website, our YouTube, and social media channels undergone with growth and new experiences. As we continue to return to some sense of normality in our work and the world at large, we cannot ignore where we have gone to get here.

Without further fanfare, here are my favorite vehicles I worked with from December 1, 2021 to today…

ACURA MDX TYPE-S: What if you wanted a TLX Type-S, but needed more room? What if you wouldn’t wait for a new Integra and had about $75,000 laying around to be spent? As ridiculous as these scenarios sound, the premise of the MDX Type-S is to deliver the brand’s motorsports triumphs and put them into an accessible and cool three-row SUV. They did a very good of that – and then some!

CHEVROLET CORVETTE: We waited over five decades for a mid-engine Corvette. They finally did it in its eighth-generation model. Mission accomplished? You betcha! It might not be as hardcore as you want it to be, but does it have to be? It has the performance, the look, and the swagger. It is also accommodating and easy to use. Still, this is America’s Sports Car – and a lot of folks are loving it so far. Including me.

FORD EXPEDITION: Yes, a large SUV makes this list – again. For good reason. My time in the Expedition yielded one of my better stories in Lavender as I took it up to Fergus Falls to explore why it is becoming a rising community for LGBTQ people. But, why a large SUV? The vehicle itself was very nice to drive. It was comfortable, smooth, plenty of performance (in particular, my Stealth Performance version of the Limited model), and can make a conga drum feel comfortable in-between the second row seats.

FORD F-150 RAPTOR: In my eyes, the real #VOTY2022. Sure, the all-electric Lightning took the crown because of its innovation and push to take its place in the market. However, an F-150 is not an F-150 without its symbol of power, strength, and chutzpah. The Raptor is unnecessary, but it is a truck that requires a sense of freedom to enjoy. A vehicle that enables you to let go of the crap in our society and to conquer anything in your wake.

GENESIS G80: Luxury sedans are a dying breed? Not from what I experienced in this “mid-size luxury sedan” that offers both sport and prestige in one really cool package. If you just get the top spec model – twin-turbocharged V6, all-wheel drive, all of the features – then you realize how excellently sorted this car truly is. Now, it comes in a battery-electric model. Tempting, isn’t it?

GENESIS G90: This is the sedan all of us should aspire to own. It is a flagship worth all of the desire and aspiration for those of us who made it on this planet. It has all of the luxury and smooth twin-turbocharged V6 power – enhanced by a 48-volt E-Supercharger. To drive one is pure pleasure. How about being driven in one? This is exactly what Genesis had in mind when they created this new generation model.

GENESIS GV60: It may appear that the luxury brand of the Hyundai Motor Group has dominated this year’s list. However, it is justified by the fact that Genesis is putting out some damn good products! The GV60 is no exception with its fresh design inside and out and a Perfomance model that offers more power than any of its E-GMP platform siblings. Is this the EV you aspire to own? I would certainly say so.

HYUNDAI IONIQ 5: The runner-up to #VOTY2022 is exactly the kind of EV we need today. On the corporate E-GMP platform, this EV offers more practicality, space, and ease of operation than its other two siblings. Plus, a mix of retro, modern and future design elements. This complete package is why it is getting a lot of the accolades – an EV from a legacy manufacturer that showing the start-ups how to execute the right way.

NISSAN Z: Being flown to Las Vegas for the first time ever yielded something quite special. The new generation Z was the ultimate jackpot that required no pull at a slot machine or roll of the dice. It is a superb sports coupe that the modern take of a game-changing classic. It is also adult-sized for enthusiasts who rather not get cramped while enjoying a spirited drive in this 400-horsepower, twin-turbocharged future icon.

TOYOTA COROLLA: The one thing about automobiles is that they do not necessarily have to satisfy the enthusiast. They just simply do the job – and do it well. Two Corollas were driven this year. One to support the RV story with Winnebago. What will surprise you is how comfortable it was to take on longer drives. How it can swallow a lot in the trunk and inside the cabin. Its reputation for reliability is legendary, so why are you brushing it off your list?

VOLKSWAGEN JETTA GLI: When the eighth-generation Golf GTI showed up on these shores, there were some pushback on the infotainment and climate controls, among other new tech items Volkswagen have been pushing to its consumers. That is why driving a Jetta GLI is so downright refreshing. It wants to play like a GTI, but it can soothe you on longer journeys. That is the kind of balance an enthusiast really wants from a car.

This might not be your favorites for the year. It certainly reflects the crazy year we went through. One that was charged by electrons, while gas prices took a rollercoaster ride.

What will the next twelve months yield? Stay tuned…

All photos by Randy Stern and George Torline