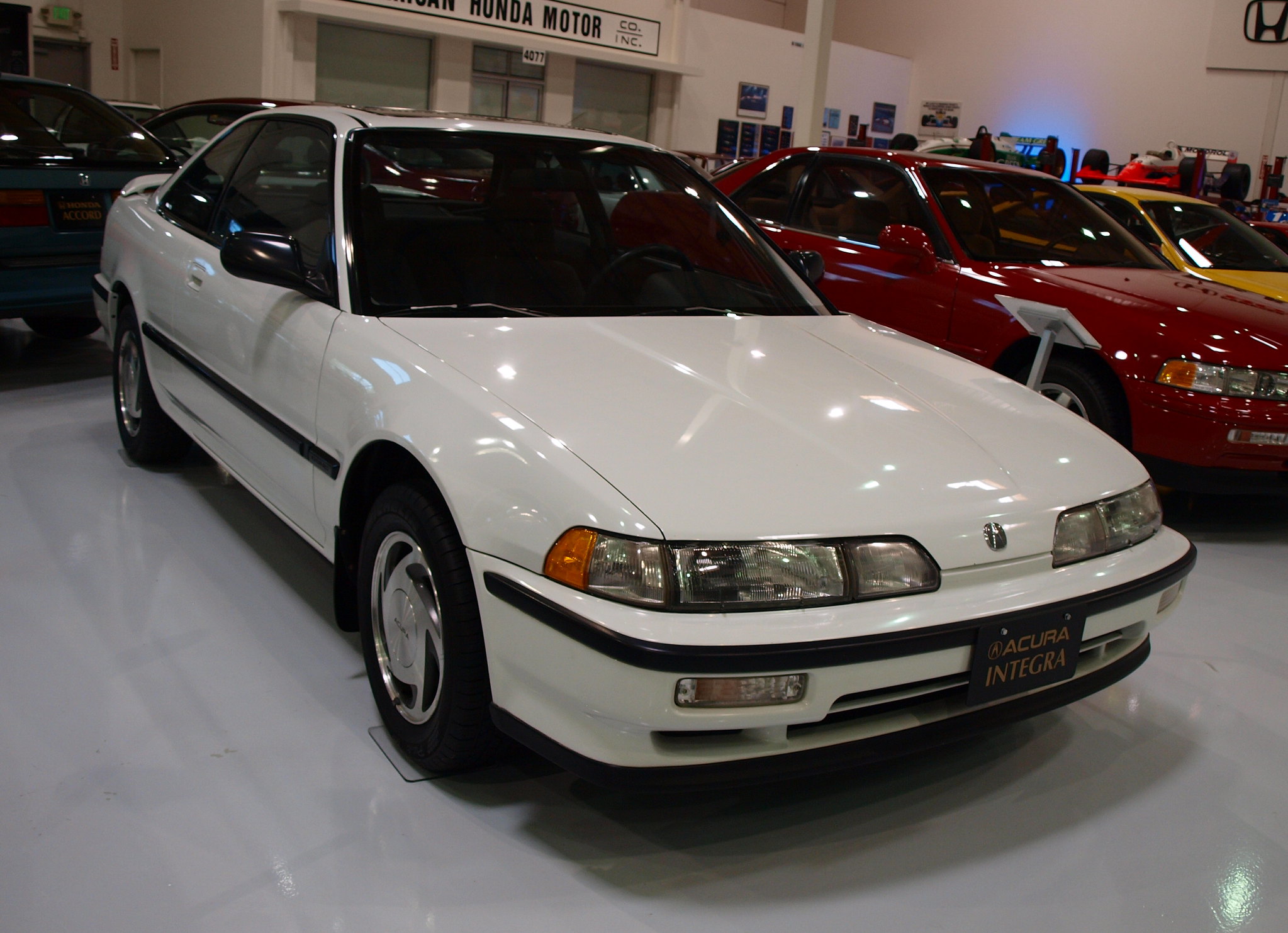 It began in Marin County, California and ended in Northern Virginia. In-between was a series of discoveries with the automobile as a key factor along the way.

The 1990s proved to be an interesting time for me.

I could bore with the details, but between the best car I ever owned and a cross-country bounce to find an identity – I am shocked I survived that decade. It began in Marin County, California and ended in Northern Virginia. In-between was a series of discoveries with the automobile as a key factor along the way.

Without boring you to death, I think we better get into this My Favorites column for this month. The 1990s await…retro concert tours included!

1991 ACURA INTEGRA: The best car I ever owned. Why? If you were under 30 (like I was), single, and had $15,000 lying around, this was your car. My RS 3-door was my ticket to anywhere and racked up plenty of miles of adventure. I could wax poetic further, but I pretty much emptied my soul about the Integra upon reviewing the Acura TL back in 2012. 'Nuff said.

I could stop here, but it is a My Favorites column. Here's more, I suppose.

1995-1999 CHEVROLET LUMINA: In the post-Integra years, I fulfilled my need for vehicular therapy through the rental car channels. The most common rental during this period actually encompassed three places I called home during the 1990s – the San Francisco Bay Area, Southern California and the DC Area. Some may call it bland, uninspiring and nondescript, but the Lumina was a very comfortable way to log miles. It moved my belongings from the Bay Area one August in 1996 down to San Diego – that was how roomy it was. I also took it on various trips in and around the DC Area. To say it was versatile was apt, despite how one viewed the full-sized Chevy of the time.

1995-99 CHRYSLER CIRRUS/DODGE STRATUS/PLYMOUTH BREEZE: The 1990s was also a time of another Chrysler renaissance – one that was Cab Forward. The new midsize platform combined the best of the LH and the Neon into a spacious package. The JA spawned three models – the Chrysler Cirrus, the Dodge Stratus and the Plymouth Breeze. I spent most of the time in the Stratus, though equal time was spent in the Plymouth. The big difference was the engine, where the Breeze had the 2.0-liter from the Neon, whereas the 2.4-liter powered the Dodge. They were quite comfortable cars to drive, though the Breeze was short on power for the weight. In the end, I was entertained by the Cirrus, with its V6 power and lavish surroundings. The JA was one of the better products Chrysler put together in the Cab Forward years – arguments are welcome.

1995-99 DODGE/PLYMOUTH NEON: Ah, the original Neon – how Chrysler got the compact right. As mentioned above, Cab Forward was Chrysler's way towards success in the 1990s. The Neon changed not only Chrysler's perception of the compact, but challenged everyone else to do the same. From its peppy 2.0-liter engine to its shapes and forms inside and out, the Neon was the epitome of fun. It also provided a platform for club racing and had its own series on select circuits. For most of the times I drove a Neon, I felt like zipping around town without any particular agenda – only to repeat its tag line: "Hi."

1995-99 CHEVROLET CAVALIER: Laugh. You have every right to do so. In my post-Integra years, if one car popped up more in various occasions – the Cavalier was it. It was the rental car special, but it sufficed for many tasks from forging a movement for younger bear-identified gay/bi men to adventures down Interstate 81 to the home of the Hokies. Not every Cavalier sufficed. I preferred two-doors to four. In particular, a LS two-door did more for my soul than most Cavaliers driven in the 1990s. It might not inspire the universe, but it got me to places where I always wanted to be.

1993-97 MAZDA MX-6: Before anyone questions this choice over the iconic and modern classic MX-5 Miata roadster, let me explain. I never got a chance to drive it. Only in the shotgun position. The MX-6 I drove…and thoroughly enjoyed! It is the coupe version of the 626, yes. However, it had a personality that was its own. That was demonstrated on a foggy drive along the Sacramento River delta where its handling showed me how much different it was from the sedan. It was one of the most underrated cars of its era.