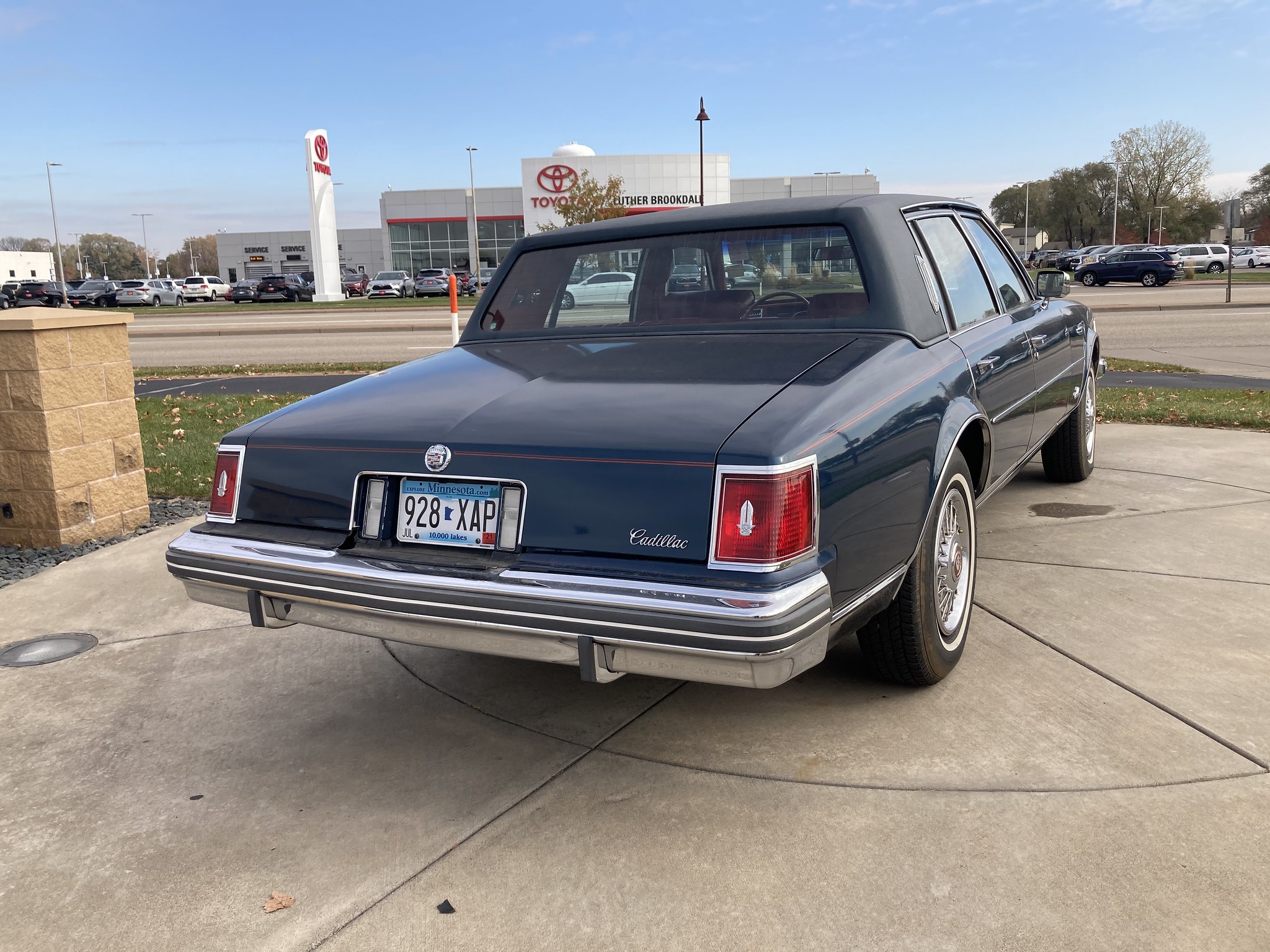 The idea of slotting a key into an ignition, turning it over, depressing the brake, shifting a gear and opening up the throttle was magical to this child of the 1970s.

There was one thing I wanted to during the 1970s – drive.

I did get my chance, thanks to my father. On a post-junior high graduation trip to San Francisco in 1979, he gave me the keys to his 1977 Buick Electra 225 out of a very tight space in a downtown parking lot. I could not do it. He was not happy. Hell, we never got along to be honest…

It took an entire decade for that one shot. The idea of slotting a key into an ignition, turning it over, depressing the brake, shifting a gear and opening up the throttle was magical to this child of the 1970s. The car bug was so deep, I can attest to learning how to read through the pages of Motor Trend, Car and Driver and Road & Track.

Of course, if I were of age during this decade, I would have face a decision: Fulfill the Draft and go to Vietnam or dodge it. I could easily not get enlisted claiming my sexual orientation. There, I had two choices: Do so and have an FBI file for life or escape to the corner of Castro and 18th Streets in San Francisco.

No need to recount history. We already know what happened next. The OPEC Oil Crisis, for starters. Nixon's resignation and the eventual pull out from Vietnam figured chiefly in the middle of decade. Unbeknownst to me, what really had a lasting affect on my life would be the election of Harvey Milk and his subsequent assassination – along with Mayor George Moscone in San Francisco.

What if I joined my brother amongst the driving ranks of the 1970s? What would I drive if I had the chance to posses a driver’s license while figuring out which day to fuel up by the last digit of the license plate? I could only list five – that is the rule of this round of My Favorites…

1970-72 DATSUN 240Z: This was a sports car – at least one of favorite of all time. Why would I say that? I drove one. The formula is familiar for the time – front engine, rear drive, long hood and extraordinary driving dynamics. The 2.4-liter in-line six provided all the power you needed to propel this hatchback coupe along Angeles Crest Highway or down Topanga Canyon. Even with an automatic, the Z can blast off and throw you deep into your seat behind the wheel. Nissan created a perfect balance in the Z of everything we wanted in a sports car –at a fraction of the cost. This formula was repeated plenty of times until the Z became insignificant. Today's Z is a far cry from the original, but why would you want one? The original remains the best of the breed – the most balanced sports car I had ever driven.

1970 PLYMOUTH BARRACUDA: I remember when my father bought this beautiful blue metallic piece of Mopar history. Then, I remember when it went away. The standard Barracuda may not have the auction block cache of the AARs and the 'Cudas worth six figures these days, but they embodied a pure example of what a pony car could be when it is civilized. For us, it was the simple pleasures that made the Barracuda – a steering wheel without a horn bar, a console with a proper gear lever, straightforward gauges and a body that will always be remembered for decades. Having one in our family pretty much sealed my Mopar lineage.

1972 OLDSMOBILE NINETY-EIGHT: My father figured to rid himself of the 1967 Impala with a big businessman’s boat. The week he bought the car, he gashed the nose with a tail fin from a 1950s Cadillac. We never got that gash fixed. Still, the Ninety-Eight became my brother’s first car – and mine. It embodied plenty of memories from Boy Scout excursions to one round trip between Los Angeles and San Francisco. The Ninety-Eight's size lent to a series of superlatives once chronicled on this site. It would be the appropriate car at a time of change in our family. I could not imagine driving anything else from 1972 to 1983.

1975-79 HONDA CIVIC: How do you beat OPEC at their game? Buy one of these. The first generation Civic became our answer to a new level of detente. Civics came in two flavors – a 1200cc model and the 1500cc CVCC engine. The latter came with a Hondamatic, which made it more desirable. By 1977, North American consumers saw the wagon version – and loved them! For me, it would be a CVCC hatch with the Hondamatic – a perfect combination to thwart Los Angeles traffic. These Civics were no laggards. Nor did they lack quality or skimp on the build. The Civic taught us that good cars could come in small sizes – from Japan. The point of their arrival was their purity, as engineered by Sochiro Honda and his team.

1975-79 VOLKSWAGEN SCIROCCO: In a post-Beetle world, Volkswagen felt it was time to create a new era. The Passat/Dasher began this era with water-cooled engines mounted up front and driving the front wheels. Then came the Golf/Rabbit with its transverse-mounted engine and Giugiaro looks. Suddenly, someone at Wolfsburg decided that they should take the Golf's platform and do a lot more with it. The result is another Giugiaro masterpiece on the Golf/Rabbit platform and built by Karmann. It is not that Golf/Rabbit was adequate. It is simply that the Scirocco moved the chains further than everyone expected it to. In fact, the Scirocco drove better than the Rabbit – it was more tuned for the driver. You sat lower in the cockpit and felt every athletic move it threw at you. That, in a nutshell, was how you enjoyed a Scirocco.

1972-79 MERCEDES-BENZ S-CLASS: This was the car that became the definition of luxury for a generation. The Cadillac became too big, too long, and too thirsty in the face of the OPEC Oil Crisis. Mercedes-Benz elevated their largest sedan for the nouvelle riche and gave us a slightly more efficient and well-engineered car. One cannot deny its place in history. How the (West) German took down traditional American luxury, even at a higher price point. It also became an expectation for anyone looking upmarket for a flagship sedan that was aspirational and made of the highest quality. The 450 SEL was the classic among the classic, despite the arguments from the 6.9 crowd.