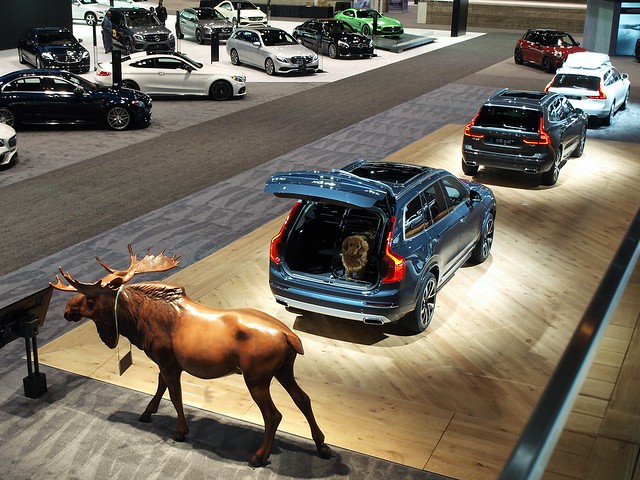 My Auto Show season came to a close on St. Patrick's Day. It was a sweet ending with the car club I am a board member of. A dozen people showed up and we went at our own pace across the show floor at the Twin Cities Auto Show.

The travel debacle of Chicago yielded to a staycation in Minneapolis. A tale of two hotel rooms and polar opposites of experiences marked my time between the only two stops on the auto show circuit.

Sure, I could have done more. I could be in New York next week. However, I marked Chicago and Twin Cities as simply "it" for 2018.

When I think about these two auto shows, I have to mark some of the good and bad from each one. I would rather concentrate on the good.

For starters, my thanks to Josh Dvorak, Veronica Krawiec, Rezal Scharfe, and Kevin Tran of slashMedia for being a part of these two shows. I also want to add my thanks to Michael Gatch and Anthony Fongaro for their additional help in Chicago and to get me through the snow job the city and the airlines laid down that Thursday evening. We made it through all of it!

As for the cars – I hate being asked what my favorites were from these two shows. The usual suspects pop up every time. But, I will do my best to give my favorite cars from this Auto Show season. 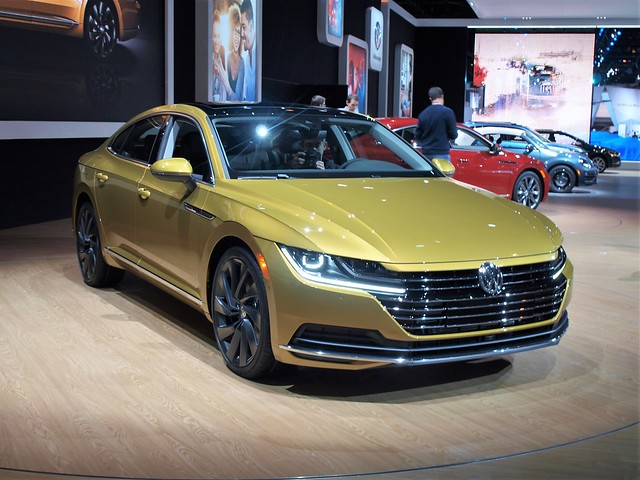 2019 VOLKSWAGEN ARTEON: The biggest news out of Chicago is that the hatchback sedan is coming to the USA. Some may think this is not that big of a deal. If you consider the presence of the Kia Stinger, Buick Regal Sportback, Audi A5 Sportback, BMW 3-Series Gran Turismo and 4-Series Gran Coupe, the Arteon is arriving at the right time. This is not just a replacement for the CC, but an entirely new halo car for Volkswagen that will engage a new kind of customer – younger, a bit upmarket, with an active lifestyle. The 2.0-liter TSI turbocharged engine gets a power bump to 268 horsepower – and that’s just the beginning of so much coming from the Arteon. The car looks and feels superb with more specs to come. This is a Volkswagen I am definitely looking forward to experiencing.

2019 LEXUS RC F 10TH ANNIVERSARY EDITION: Perhaps it is the matte finish on this favorite luxury performance coupe of all time. I am not a fan of matte finishes, but this one is tastefully done. It could also be the expanded blue trim inside of the cabin. Nonetheless, Lexus wanted to celebrate the 10th anniversary of the F Performance sub-brand – dating back to the original 2008 IS F. The RC F has always been the spiritual successor to the famed IS F. It seems fitting to make it the celebratory model for this great line of performance Lexus models. There is plenty of details from the anniversary edition that could be implemented on any given RC F. The blue leather with white contrasting interior with an Ultrasonic Blue exterior is one idea. Add the blue calipers and the black wheels and you have something really special. By the way, there is also a 10th Anniversary edition of the GS F. Ugh…here we go again… 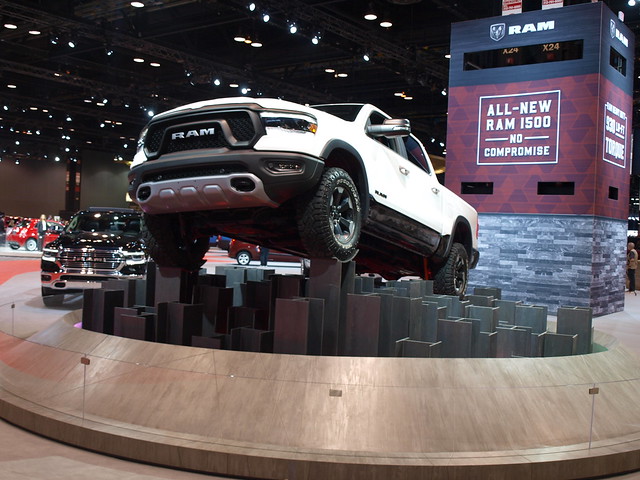 2019 RAM 1500: Seeing the star of the North American International Auto Show in Chicago and Twin Cities absolutely warmed my heart. From its frame construction to its large 12-inch Uconnect screen, everything about the new Ram 1500 points to a huge leap in pickup engineering, design, and technology. While some would argue against the use of mild hybrid systems and four0wheel independent suspension systems in pickups, Fiat Chrysler Automobiles are ensuring us that it is a part of a complete package that does the job well. While it raises the ceiling for half-ton towing and payload capacity, the Ram 1500 continues to be innovative and confident. Just build each one without announcing a recall, please?

2019 TOYOTA AVALON: Seeing up at both auto shows confirmed something I had when I first saw the images from Detroit. This will be the standard of a segment that could be on the way out. It is tough being a stalwart. When you look good and pack a lot of promise, perhaps it is best to become one. The platform is shared with the Camry, along with the overall design philosophy. The interior breaks a lot of molds, which is necessary to welcome younger buyers to the big car segment. There seems to be a Lexus influence overall if you also include the uptick in V6 and Hybrid power. The only way this will win is that Ford eliminates the Taurus and Chevrolet removes the Impala from their lineups. Nonetheless, this will be very successful for multiple demographics. 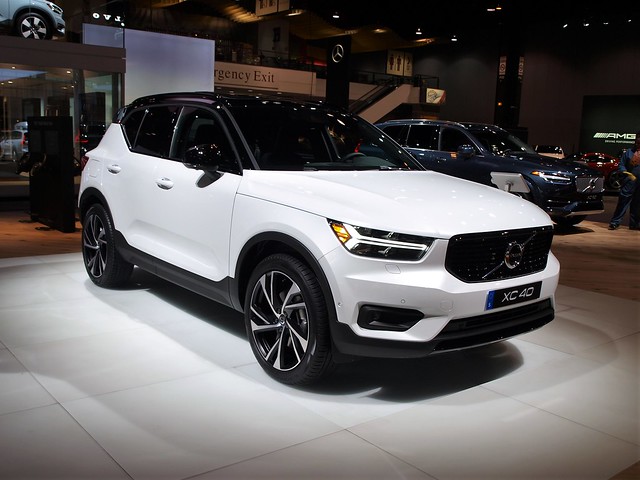 2019 VOLVO XC40: If one Volvo is more anticipated above them all, it is the fact that this is being sold in the USA. It opens up new opportunities for Volvo Cars – the Volvo Care subscription service being one way to engage new customers with this small SUV. The other is its demographic placement – urban upmarket types with limited parking options and the need for a versatile and capable vehicle for daily use. Having just the T5 driveline – 2.0-liter turbocharged engine – with a new shift-by-wire system is a good introduction to this vehicle in our country. I cannot wait to see what else Volvo Cars have in store for the XC40 during its initial lifespan.

2018 HYUNDAI KONA: This is a vehicle one cannot ignore. In particular, it is one in a segment that is primed for serious growth in the next 12 months. The Kona will have some impact on the subcompact SUV segment – if not, a lot. The design may cause some debate, but it makes it stand out even more than its rivals. The interior may not have the best materials, but it is what you expect from its price point. You do get a selection of engines that are proven and just right for the Kona. Yet, it will attract buyers looking for a small SUV with style, function, and an air of fun. That you cannot ignore. 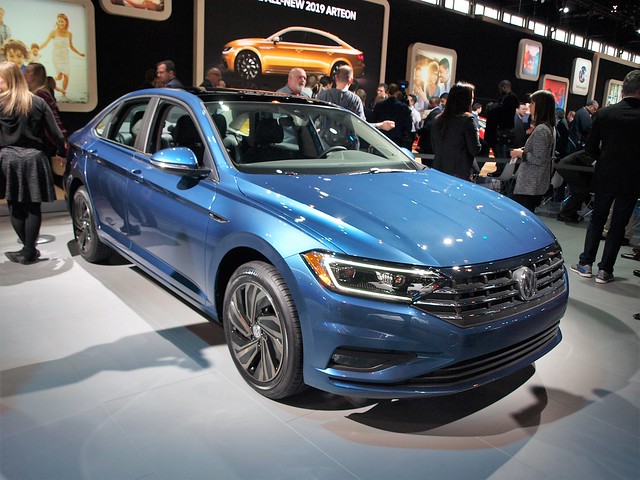 2019 VOLKSWAGEN JETTA: While people criticized the bigger grille on the new MQB-based Jetta, I found it appropriate for what will become the most improved product for the upcoming model year. The quality is up inside, with the addition of the cleaner MIB II screen and the digital cockpit for the SEL model. There is more room front and back. There is no hiding its intentions on looking upmarket for its customers with its feel and look. The upcoming Jetta is ambitious and aspirational. It is simply the right compact sedan at the right time.

2019 SUBARU ASCENT: If one vehicle will mark a new round of Subaru product, the three-row Ascent has already won. The Tribeca just did not do the trick for Subaru customers. This new mid-sized SUV looks trimmer, lighter, more flexible, and just right for those looking to move up from an Outback or Forester. A turbocharged Boxer engine will be better for this vehicle than the big Boxer six-cylinder. Everything else is pure Subaru. This is what will attract buyers to the Ascent. I hope anyone who is cross-shopping it gets the memo to at least give this a go. 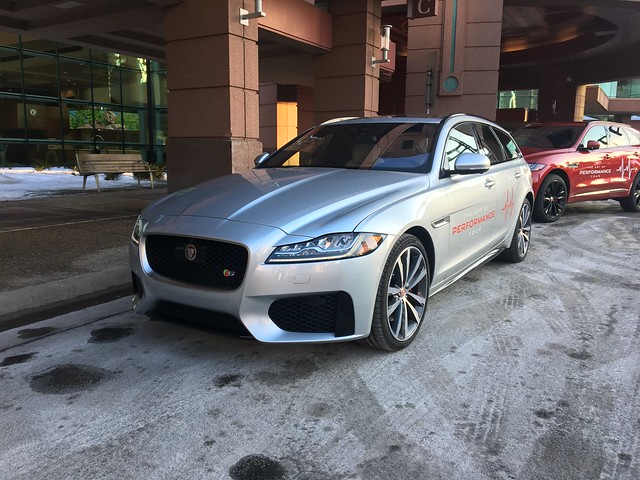 2018 JAGUAR XF SPORTBRAKE: Of the ten vehicles driven on Ride & Drives in both Chicago and Twin Cities, a Jaguar wagon would be my best drive of them all. No, seriously, the XF Sportbrake is the most fun one should have in a long roof car. What makes it fun is the 3.0-liter supercharged V6 attached to an eight-speed automatic and its all-wheel-drive system. That’s all great, but you have to listen to the exhaust note. It’s one mean kitty. This will make you love wagons even more.

2018 CHEVROLET COLORADO ZR2: From the same pool of ten vehicles driven at these auto shows, Chevy's off-road baby comes in second. It is exactly what the Colorado needed – an in-house developed off-road suspension providing a soft ride over any ruts, a choice of a Duramax diesel engine, and one mean look that could stare down a Raptor and any TRD Pro. If given the chance, we would take it to a construction site and make it into an off-road playground. That way, we'll know how good the ZR2 really is. 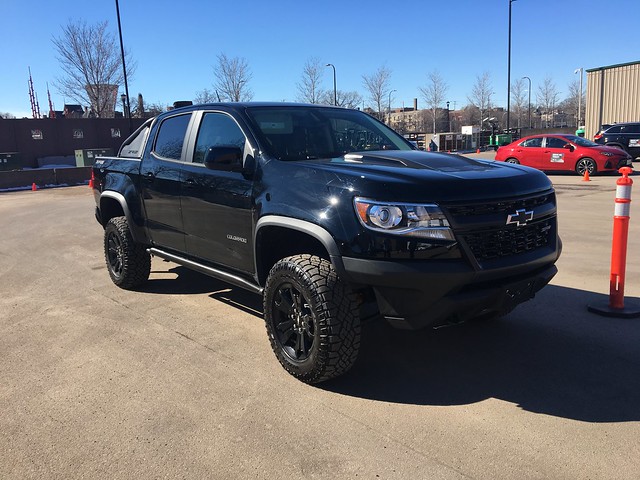