Lately, I have been hanging out at car meets and clubs.

It has been an almost nightly thing for me. Somewhere in the Twin Cities, something is happening car-wise. It could be as big as hundreds of cars cramped in a undersized location, or a few hearty people just hanging in the back row of a shopping center to talk about cars and such.

It felt odd, at first. I always had something I was working on for my outlets, while surrounded by custom cars and trucks that took skill and love to out together.

Something will catch my eye at these meets. A classic from my past that yielded stories shared by its owner and I. It could be something that is unique that passers by would not notice how special it truly is. Or, it could be a car just put together by any means possible to get to this meet to be with his or her friends.

You know, it's been a while since I did a "My Favorites" entry in V&R. It prompted me to do one based on this question: If I were to be more active in any of the clubs that have welcomed me over the past year or so, what vehicle would I own to be able to participate even more?

To compile this list, I identified several clubs I have connected with. For each club, I chose a specific vehicle that would fit my membership. There is one thing to note with each entry – they are stock. No modifications…OK, a few.

MN NISSAN INFINITI (MNNI) – 2015 INFINITI Q50S 3.7 AWD: Most of the Infiniti part of the club either have G sedans (now Q40) or G coupes (now Q60). The Q50 was a truly enjoyable experience when I reviewed it last year that I felt I would enjoy being a member of MNNI in one. The S with all-wheel drive makes sense due to Minnesota's climate and it is a really good system. I would be a fully-loaded model in Chestnut Bronze (the same color as last year's tester) that would be priced at $55,585. It would include a couple of accessories – blacked out grille and a spoiler. Outside of Infiniti's ordering system, I would get a second set of winter tires riding on a second set of factory alloys – either Bridgestone Blizzaks or Pirelli Sottozeros. The final touch would be the eight-inch MNNI vinyl sticker – a must if you want to roll with the crew.

MNBMW – 2015 BMW 435i xDRIVE COUPE: Why not the M4? I like the comfort of the regular 4-Series and would prefer this as a daily driver. It is a wonderful twin-turbocharged in-line six, coupled with the xDrive system – all right for Minnesota. It would be a Sport Line model, which means a sportier cabin, with plenty of safety, security and connected options added on. After spending $65,470, the only two modifications would be to have a second set of winter tires on factory alloys – Pirelli Sottozeros, sound about right. The second mod: A MNBMW sticker on the side window. In Mineral Grey, this 435i xDrive should look like it's all business. 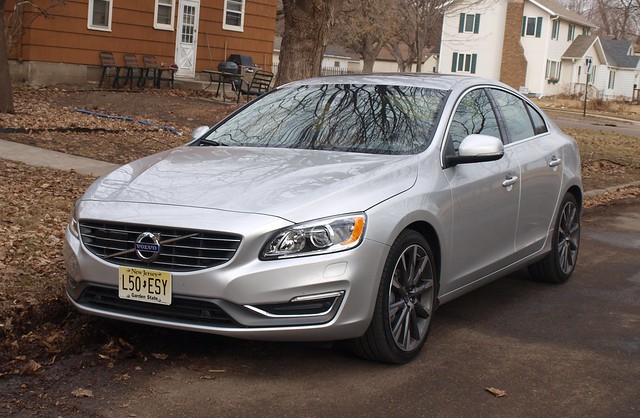 MINNESOTA VOLVOS – 2015.5 VOLVO S60 T6 DRIVE-E: The first Volvo I received to review from the media fleet became the Volvo that recaptured my heart. It is powerful, comfortable, sporty and simply quite the ride. Knowing most of the Volvo crew done plenty of modifications to their rides, I simply could not think of anything I want to do with it. It is simply good as it is. Well…it is a front-drive model, so a second set of winter tires on factory alloys are in order – Pirelli Sottozeros, preferably. The Platinum trim provides a higher level of equipment necessary to keep me extremely safe. A rear spoiler would an accessory worth adding, even in Caspian Blue Metallic. Aside from the spoiler and the winter tires, that is all. No need for any Polestar or R-Design stuff, really. Besides, $48,780 sounds like a good price!

MN SCION – 2015 SCION tC: I could hold out until the iM shows up this fall. However, considering my size, the FR-S would have to be passed up by the roomier, more comfortable, and spacious tC. The new models are actually within reach of most enthusiasts. This Magnetic Gray edition will be fully equipped, but with some special touches from Toyota Racing Development – including brake, suspension, wheel and exhaust modifications. So far, my factory and dealer modified tC rang the register at $31,099. I'm not even done…or, am I?

MN EXOTICS & SUPERCARS – 2015 MASERATI QUATTROPORTE S Q4: I know, it’s not a Ferrari – though some of it has been engineered by the folks at the Prancing Horse. It is not a Lamborghini, GT-R, Viper, Porsche…though, I could do a Porsche. The Trident should be enough for membership. I hope so. It is a lovely car – clearly one of my favorite driving experiences of late. The balance, performance and all-wheel drive system makes it simply wonderful. Except for a second set of factory alloys with Pirelli Sottozero winter tires, why would anyone want to do anything beyond the $119,000 price tag?

ANY GIVEN CLASSIC CAR CLUB – 1967 CHEVROLET IMPALA SPORT COUPE: I had a list of classic cars I would want to own. The thing is…there are more of these still listed on eBay, Hemmings and so forth. Granted, they are usually the SS model with a manual and a Big Block motor. All I want is a Small Block 327 cubic inch V8, the Turbo Hydramatic and for it to not be an SS. This is the specification my family had when Matthew and I were kids. The only deviation is to find one in another color than black, red or white. I saw one a couple of years ago in an eBay listing. It looked sensational. Only to dream…