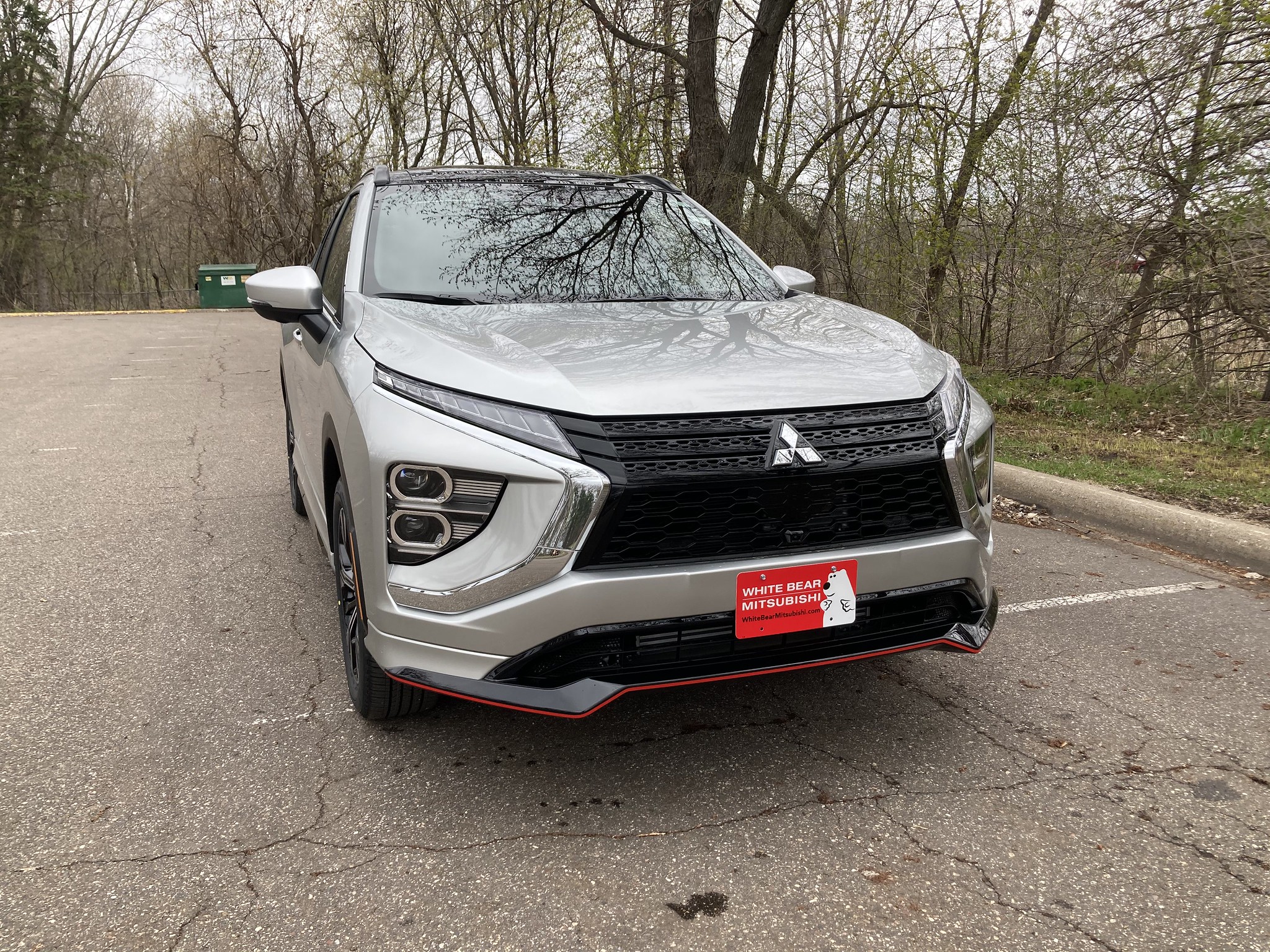 This is an opinion that is rooted in fact. I had a chance to work with a couple of them over the past few years and have published my findings in a few outlets. What I discovered from the Eclipse Cross was a small SUV with driving manners that enthusiasts would enjoy and a strong driveline that punches above its weight.

The Mitsubishi Eclipse Cross is really a good vehicle.

This is an opinion that is rooted in fact. I had a chance to work with a couple of them over the past few years and have published my findings in a few outlets. What I discovered from the Eclipse Cross was a small SUV with driving manners that enthusiasts would enjoy and a strong driveline that punches above its weight.

However, it is not perfect. The infotainment system was a mess. The smallish tablet screen was controlled by a track pad that frustrated owners. Then, there was the rear end. The lower pane of glass on the liftgate not only evoked the design of the Pontiac Aztek, it also distorted rearward vision for many owners.

Owners flooded the e-mail boxes and phone lines of Mitsubishi Motors North America and its dealerships with their complaints and feedback from their Eclipse Crosses. This time, they listened and read each and every one of their complaints. Then, Mitsubishi began to make improvements.

That feedback is now evident in updates on the 2022 Mitsubishi Eclipse Cross.

The changes made to the 2022 Eclipse Cross are quite visible to us. You see it right off the bat with the new front clip. The grille has been enlarged and dominates the clip. If you read the review of the 2022 Outlander, you may notice a family resemblance with its two-panel fold design forming the next iteration of the Dynamic Shield.

The other change is on the liftgate. Gone is the Pontiac Aztek-looking two glass pane design. Instead, the “upper” glass pane remains with a new set of taillights. The former glass area is now covered with a new extended panel with the three-diamond logo and model name forming a divide for the license plate housing.

Mitsubishi left the rest of the Eclipse Cross alone. It is a standout design, with its angular fastback silhouette and raised ride height. This is a design defined by its wide opening doors and great access to the interior. My SEL tester wore 18-inch alloy wheels and an available set of lower body ground effects trim in black with red striping.

The first thing you notice inside is the absence of the pre-update track pad and small-ish tablet-like infotainment screen. That enabled Mitsubishi to clean up the center console by moving around some controls and enlarging the cupholders. Up on the center stack is a standalone housing for the eight-inch infotainment touchscreen. It is an easier-to-read and use interface that also houses improved smartphone integration and other integrated screens.

My SEL tester had the Touring package upgrade, which included eight speakers forming the Mitsubishi Power Sound System. This system is more balanced than the bass-heavy Rockford Fosgate systems Mitsubishi used to install in their vehicles. That change is definitely music to my ears.

There is an upshot to the new liftgate design. You will find more cargo space because of it. Before you fold down the second-row seats, you now have 23.2 cubic feet of usable space. In my tester, I had a maximum of 49.7 cubic feet of space available to me. If you get a model without the SEL’s panoramic sunroof, you get an extra 0.4 cubic feet more of maximum cargo space – which makes the Eclipse Cross more competitive against other SUVs in its class.

All other aspects of the 2022 Eclipse Cross’s interior remain unchanged. The instrument cluster is dominated by two analog dials flanking a digital information screen. Our tester had the flip-up head-up display for better concentration on the road. The shifter has a long throw to Drive, which is fine by me.

Front seating is comfortable and supportive. You still find a very spacious rear seat for adults. In all, this is a better interior environment overall, thanks to the change to the infotainment system and the new liftgate.

Underneath the hood is a 152-horsepower 1.5-liter turbocharged engine. It seemed Mitsubishi tuned this engine down a bit on the high end by six horses, but I never noticed any difference in my drives with it. That came from keeping the torque figure at 184 pound-feet. This engine is connected to a continuously variable transmission sending power to all four wheels through Mitsubishi’s great Super All Wheel Control system.

Overall performance from this driveline is pretty good. The Eclipse Cross holds well in traffic, while managing in-town driving. As far as fuel consumption is concerned, I averaged 24.8 MPG, just shy of the Environmental Protection Agency’s own ratings.

In the past, I praised the Eclipse Cross for being one of the best driving experiences in its class. There were a few indicators that this remains to be true. Ride quality is pretty good, as it absorbs rougher stretches of road, while maintaining civility on smoother patches. Cornering is done competently, with nominal roll and lean. It can handle evasive maneuvers without any drama.

Steering-wise, the Eclipse Cross has a tight turning radius, which makes it easy to park. On-center feel was fine. In terms of braking, I found it did well in normal and panic situations delivering linear stops. Pedal feel and response to the system were solid.

As far as pricing goes, my SEL tester came with a sticker price of $33,670. This price included the Touring package upgrades, which adds several technology, infotainment, and appearance features. You can get a 2022 Eclipse Cross starting from $23,395 for a front-drive ES model.

Since the last time I drove the Eclipse Cross, the segment it resides in has been growing with new competitors. While addressing consumer feedback, Mitsubishi also found ways to stay competitive against its rivals. The result is a fresh design up front and in the rear, a user-friendly infotainment set-up, and even some additional cargo space.

The main question is whether the Eclipse Cross is still a good choice in the small SUV segment. It is. With more user-friendly features and an updated exterior, it could sway you from newer entries in its class. Go ahead and put the 2022 Mitsubishi Eclipse Cross on your shopping list. You will find that it is still a good vehicle after all.