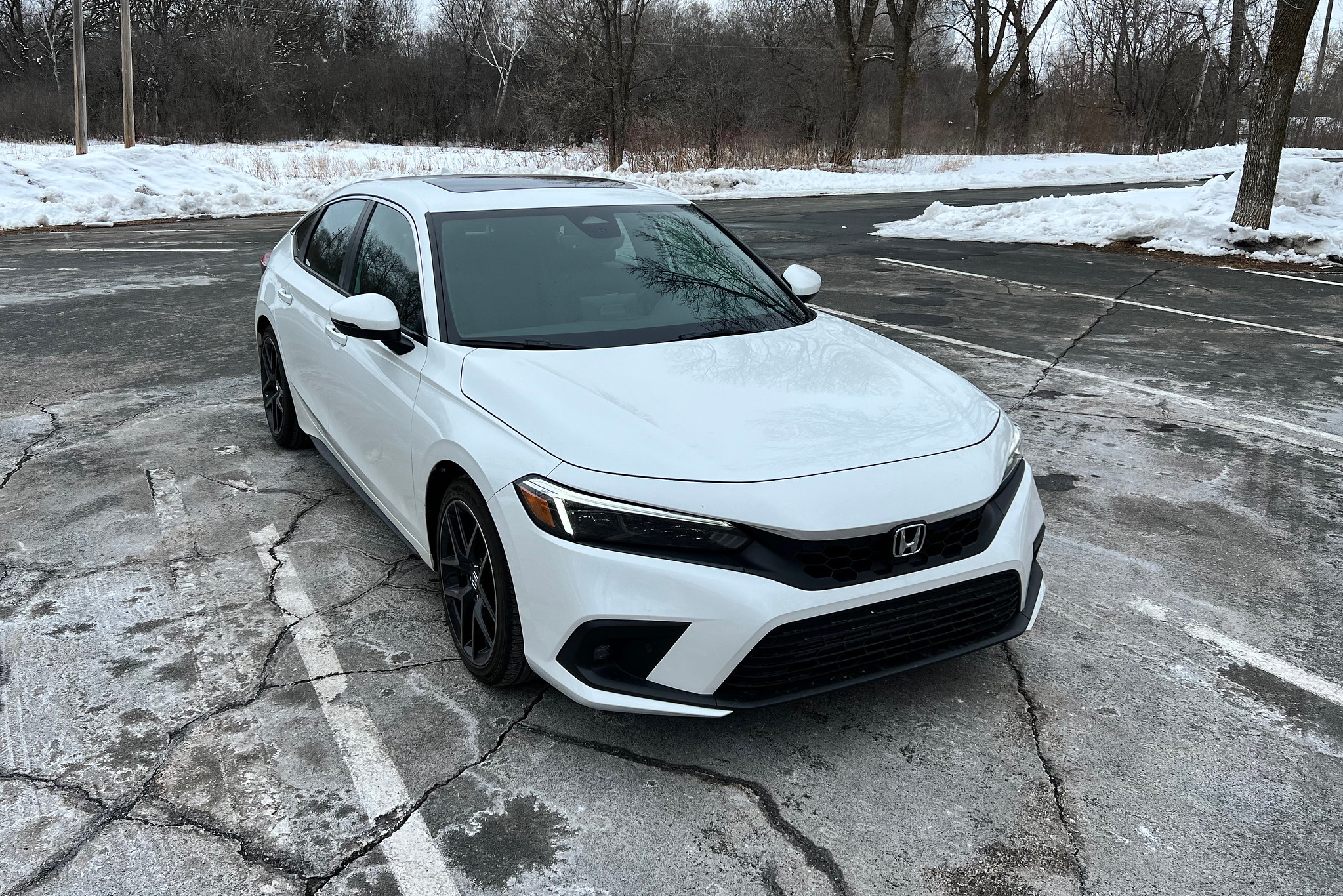 Honda delivered the eleventh generation Civic to dealerships in North America. Back in January, they were awarded the North American Car of The Year...

Fifty years ago, Honda unveiled their larger-than-a-kei-car subcompact model. They called it the Civic. A novel name for a two-door “fastback” car that would take four passengers beyond the city limits.

The first Civics came with a 1.2-liter four-cylinder engine, a manual gearbox, a trunk instead of a hatchback, fake wood trim on the dashboard and a radio. For 1972, that was more than enough to attract customers within Japan and beyond.

The timing was right for Honda. The OPEC Oil Crisis sent automakers back to the drawing board to find more efficiency in their lineup. Honda deepened the Civic’s cause by introducing a hatchback model and the advanced CVCC engine. Add a two-speed Hondamatic transmission to the mix, and the Civic became a global winner.

Late last year, Honda delivered the eleventh generation Civic to dealerships in North America. Back in January, they were awarded the North American Car of The Year, defeating the Mark VIII Volkswagen Golf GTI and R and the Lucid Air. All of this for a sales leader among sedans and hatchbacks in this country.

With all of the praise and accolades it already received, one would suspect that the Honda Civic has matured into one of the most respected cars in the world. I was glad to get one in to discover for myself whether this eleventh generation is as good as a car as advertised.

From a first look, there seems to be an evolution from the previous generation model. However, they worked on smoothing out the lines and shapes from it to make it cleaner and easier to the eyes. Honda slimmed down the front end profile and extended the wheelbase to 107.7 inches for both the sedan and the hatchback. The difference in. length between the two body styles is a mere three inches.

The biggest visual change is out back, where both the sedan and hatchback wear horizontal taillights across the rear deck. The glasshouse profile may look like a carryover from the previous generation, but it has been fitted to a new roofline.

My tester was the hatchback body style. I will admit that this is the better looking of the two, with the roofline tapering down to the rear deck with a large hatchback opening. Even better was this tester came in in its top trim – the Sports Touring. That changes the upper grille texture to a honeycomb one, along with a set of 18-inch alloy wheels.

Step inside and things are completely different. For the better, if you ask me. The instrument screen graphics are high end and easy to read. There is a lot of information available for the driver to decipher and use. I also like the new steering wheel and controls throughout the cabin. They are very easy to use and offer excellent logic. The honeycomb pattern was also found on the trim for the vents, which gives the Civic a retro look.

Crowning the center stack is a nine-inch infotainment touchscreen. The Civic offers wireless smartphone integration, as well as wireless charging. I did find some lag in going through music files through the smartphone onto the audio system. Bose adds 12 speakers to the mix with solid sound throughout the cabin.

Up front, you get a pair of big, supportive, and pretty comfortable leather seats. I found a good position behind the wheel to handle what the Civic will throw at me. Rear seat room is a mix of good leg room with OK head room. If you’re a tall person, be cautious of the space below the roof.

The Civic also offers solid cargo space with the hatchback. You start with 24.5 cubic feet behind the rear seats. After removing the cargo covers from between the wheel wells and on the hatch itself, you can fold down the rear seats for longer items or a full day at the mall.

The 2022 Civic is offered in three different performance levels, including the 200-horsepower Si sedan. My Sports Touring hatchback comes with the 180-horsepower version of the 1.5-liter turbocharged four-cylinder engine. To me, this is the perfect engine for this car. It has plenty of performance all around from street shunts to relaxed highway cruising.

You can get this particular hatchback model with a six-speed manual transmission. However, my tester came with the continuously variable transmission. It is better than you think. It does very well in match throttle response without going into “whine mode,” while giving you the right revs at the right time.

As far as fuel economy is concerned, I averaged 30.1 MPG. Not bad considering that March came in like a lion and having found its lamb yet.

The ride quality of the Civic hatchback was very nice. The longer wheelbase does help in balancing out the car and helping to keep an even keel on better surfaces. It also does a decent job managing road imperfections, especially those that have become winter potholes here in Minnesota. Handling is also very good. You can maneuver the Civic around some hazards with ease.

It is worth noting that there are only three drive modes available on this Civic. Normal and Eco offer a normal set of settings for steering weight and transmission gearing. In these two modes, the on-center feel is fine, but it could use some more in-lane control. When you flip the drive mode button. Into Sport, the steering weight becomes heavier, and the revs go higher – even during highway cruising. However, the turning radius is very good and maneuverability is tight overall.

As for the brakes, the pedal feel is what I expect in a car – the right amount of pressure and response down to the calipers and rotors. The Civic turned in good stops in normal, panic, and winter situations.

There are body styles to choose from for this eleventh generation Civic: Sedan and hatchback. Each has at least four trim levels to choose from, not including the 200-horsepower Si sedan. Pricing for the entire 2022 Honda Civic starts from $22,350 for an LX sedan. My Sports Touring hatchback tester arrived with a sticker price of $31,260.

This is how you celebrate a half-century of a revered nameplate. Starting from humble roots, the Honda Civic grew to becoming a leader among all remaining cars. Every step of the way, the Civic symbolized simplicity, high value, and great drivability. From CVCC to V-TEC, the Civic was also a symbol of innovation in its class.

Moreover, the Civic is a “universal” car that appeals to everyone – and I mean everyone!

With a crown over its head, the Honda Civic is being asked to deliver more than ever. It was proven that it does. That is worthy of one of the major awards given by my colleagues covering this industry.

All photos by George Torline