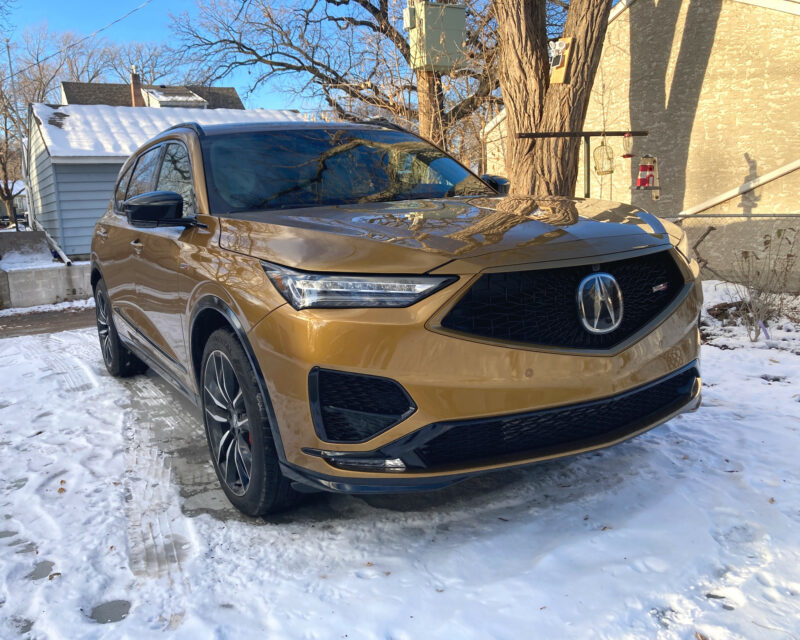 Acura is turning the tide with fresh products and a focus on delivering performance and luxury in very neat packages.

There’s a lot going on at Acura of late.

The latest RDX was just the beginning. The TLX added something of a deeper value to the brand. However, the end of production for the NSX may not be the news we all wanted to read about – since Acura is heavily involved in prototype and sports car racing. Plus, the initial reaction to the reborn Integra is a topic I would like to hold off on until I get one in for review.

However, one must give credit where it is due. Acura is turning the tide with fresh products and a focus on delivering performance and luxury in very neat packages.

Acura’s premium three-row SUV has undergone an extensive reworking, thanks to a new platform developed by its parent company. Honda’s mid-sized platform will spawn additional models for the mainstream brand in the years to come. However, the 2022 MDX showcases the many structural and dynamic changes that this platform exhibits for their three-row premium/luxury SUV offering.

Perhaps due to the new platform, Acura added something more special to the new MDX lineup. You can now get it in a performance-focused model, the Type-S.

Since my tester happened to the upgraded Type-S model – the Advance package – I was wondering if this is the right mix for Acura’s lineup and current trajectory.

In short – yes. This is what an Acura SUV should be. To support the brand’s IMSA efforts, you have to have a product that has swagger that will take you to the track on the weekends, then to your office during the rest of the week.

The exterior design looks more tapered than before. The front end is prime example of this approach. While an enlarged caliper badge dominates the diamond-shaped grille, it is flanked by a new headlamp design that incorporates a version of the Jewel-Eye four-LED bulb design with an additional LED strip for turn signals and driving lamps.

Visually, it seems lower than the previous generation model. The C-pillar glass now emulates the one found on the RDX with its triangular shape. The tailgate area also is tapered with new thinner taillamp units and a more aggressive bumper area.

Interior-wise, Acura now has a formula they are porting across the lineup – at least in the RDX and TLX. It works well in the MDX – even better. The new digital instrument cluster is easy to read and is quite customizable. The thick-rimmed, flat-bottom steering wheel also offers tactile and logical controls, as does the rest of the switchgear across the MDX’s dashboard and center console.

The notable exception is the trackpad for the infotainment system. While this is the third go-round with this system, I have learned a few things. Patience is one. If you find a way to manipulate the system to get to where you need to go on the screen, then it’s a matter of setting it and forgetting it Rather, use the steering wheel and other redundant controls found on the center console.

Acura’s ELS STUDIO 3D audio system emits a lovely sound throughout the cabin of the MDX Type-S Advance. There are 25 speakers fitted all around. You do get wireless smartphone integration and a wireless charging pad for more convenience. Although, I always bring a USB cord – which you can choose between a type A or type C connection.

Some may balk at the push-button transmission actuator. If you have been in enough Hondas and Acuras lately, that will become second nature to you. However, the party trick on the center console is the Integrated Dynamic System knob that lets you access six drive modes – including a Snow mode. Yes, a Snow mode – just in time for a November snowfall here in Minnesota.

This Type-S tester came in this Orchid colored perforated Milano leather upholstery with contrast stitching. The front seats offered lots of bolstering and support, while the second row is adjustable for rake and recline. A simple one-button solution enables access to the third row. In all, you can fit seven people inside. Just a note that children are better suited for the third-row seating space.

When it comes to interior space, the cargo hold is quite flexible across the entire cabin. With all rows of seats up, Acura states you can load a maximum of 18.1 cubic feet behind them. Realistically, they also quote a “standard” volume of 16.3 cubic feet. You can fold the third and second rows down to create a maximum hold of up to 95.0 cubic feet.

With the MDX Type-S, you immediately go to the head of the class performance-wise. Although 355 horsepower does not sound like a lot these days, the turbocharged 3.0-liter V6 engine bottles up this performance with a smoothly delivered thrust available to your right foot. It is poised and rapid at the same time. Acceleration is a breeze, as was its passing ability. This was quite a fun motor underneath the MDX Type-S’s hood.

From this engine, a smooth-shifting 10-speed automatic is connected. Then, power is sent through the Super Handing All-Wheel Drive system for year-round grip. While this is a fun driveline, I just wished fuel economy was a tad better. I averaged 17.6 MPG in my care. The penalty of having fun, I suppose.

The chassis itself lends to that fun factor that the MDX Type S has to offer. On top of the Snow mode, the Integrated Dynamic System has two levels of Sport mode. The Sport+ mode is calibrated for more exciting driving – which I was hoping to try out. You know that thing about Minnesota winters and sketchy road surfaces in places. However, the ride quality in any drive mode is solid and smooth. The new MDX maneuvers very well, with minimal roll and lean through the turns.

Overall, the steering system is quite good. It offers decent on-road feel and response, with a tighter turning radius. The brakes are superb. Pedal response is great and offered good stops in normal, panic, and winter situations.

Let’s talk about pricing for a moment. Compared to most vehicles in its class, the Acura MDX remains very competitive – if not less than most of its European rivals. My 2022 MDX Type-S Advance tester came with a sticker price of $73,595 – which is on par with other performance-minded rivals. The MDX is offered in six packages – including two for the Type-S. The MDX lineup starts at $49,950 for the 2023 model year.

Acura has put together an MDX that is actually desirable. Something that taps into its motorsport success and its heritage, while keeping an eye on the future. That future is leveling up to the upmarket brands it competes with.

However, the MDX Type-S is where it’s really at. An enthusiast-focused three-row SUV that likes to play, but it also provides you a sense of control at the same time. A good combination, in my book.

If you get any of the other MDX models, you will not be disappointed. Acura really elevated their three-row SUV to a more dynamic driving experience. However, if you have about $74,000 laying around, make the upgrade to the Type-S Advance. That is exactly the kind of Acura SUV you want right now.