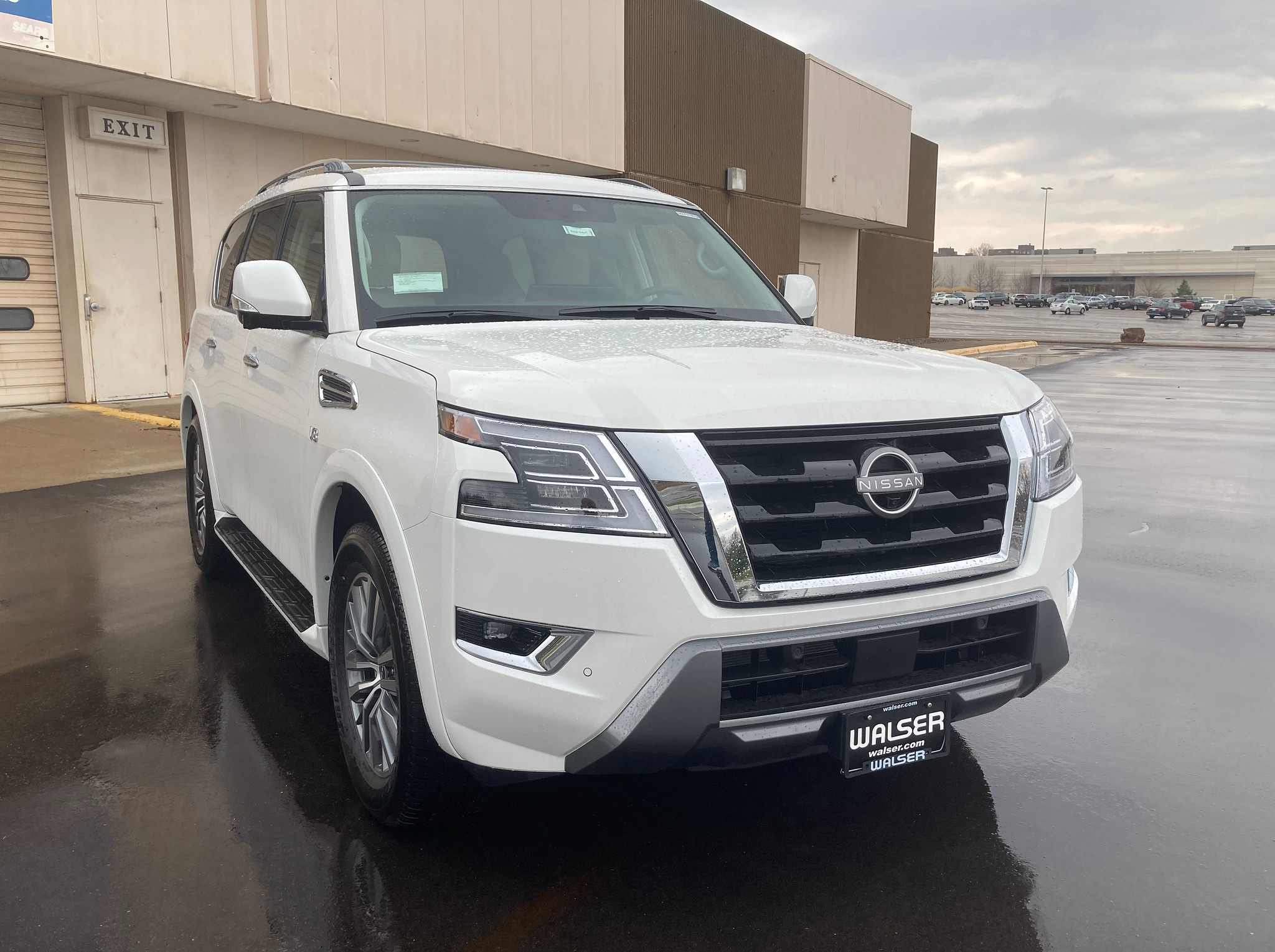 You see them travel in packs. They’re lined up to pick up their kids from school. They’re been loaded and off-loaded with large bags of sports gear. They’re clogging up parking lots and multi-story garages for any ol’ activity you can attend safely within pandemic guidelines.

Large SUVs are made for families that travel together.

You see them travel in packs. They’re lined up to pick up their kids from school. They've been loaded and off-loaded with large bags of sports gear. They’re clogging up parking lots and multi-story garages (we call them "ramps" here in Minnesota) for any ol’ activity you can attend safely within pandemic guidelines.

These large SUVs are ubiquitous. So much that it seems that only a few manufacturers are represented in these scenarios and locales.

I mean, where is the Nissan Armada in these lineups and parking spots?

Glad I asked. I was wondering, too. Having never driven one, I always felt that it never had a chance among consumers that would utilize one instead of those other ones – the ones that shall not be named.

Luckily for us, Nissan revised their big SUV for 2021. Luckily for me, I finally get to drive one to see whether you should consider one for your family.

To catch up on what the Armada is, think “large global SUV that is popular in Australia and the Middle East.” In those markets, Nissan sells this vehicle as the Patrol. The Patrol is considered a legend in places where deserts and passes are conquered regularly by these big machines. It is also given a posh makeover as the Infiniti QX80 in several markets, including our own.

With that said, the Armada wears a global look for a vehicle that has a truly North American point-of-view. It is the updates for 2021 that truly define it even further. The new front clip alone is worth looking at. The new grille and unique LED headlamp units are stunning. What makes the front clip pop is the new Nissan logo – the first North American model to wear it. In all, it shows the strength of character in this large SUV.

That strength in character continues with a silhouette we have become familiar with since 2016. While soft in profile, the glasshouse is superb, even with the reverse angle on the C-pillar. They made modifications to the rear end with new LED taillights and trim. In all, this is a much better looking Armada than before.

For my SL tester, a set of 20-inch alloy wheels with some pretty beefy tires round out the Armada’s look. Granted, I am not a fan of white colored vehicles, but I really dig this pretty upscale-looking Armada SL.

Step inside to a luxurious-looking cabin wearing Almond leather and faux wood trim all around. The mix of old and new Armada works very well. The “old” is the curvaceous shapes on the dashboard, along with a pleated leather trim on the door cards. The “new” is the center stack that has been updated to today’s standards. I love the instrumentation binnacle with the wide information screen and two clear dials for the speedometer and tachometer, along with temperature and fuel gauges.

The big attraction to the 2021 Armada is the new wide infotainment touchscreen that sits on top of the center stack. You have a separate control on the console, as you did on the former system, but a tall person like me will find that the touchscreen is easier to reach, along with the steering wheel controls.

One nitpicking complaint I have is the position of the four-wheel-drive control. The knob is a bit of a reach, as it sits on the passenger side of the center console.

My SL tester offers big chairs up front and the second-row captain’s chairs. There is not much in terms of support, but they are very comfortable with a nice touch of leather. The first two rows have huge storage compartments in the center consoles to hide goodies for long trips, or a discreet place for shopping yields.

The third row seats three children. Getting back there takes one lift of a lever, where each second row seat flips and folds for easy access to the extreme back.

As for cargo space, once you fold the third- and second-row seats down, you have a huge 95.4 cubic feet of space. If you have all of the seats up, you get 16.5 cubic feet. On the SL, you have to lift some levers to get the seats down – and they fold quite flat.

Underneath the Armada’s hood is a 400-horsepower 5.6-liter Endurance V8. It is the same engine found on the Titan and the QX80, but it seems at ease in the Armada. Part of it comes from a smooth-shifting seven-speed automatic transmission and its four-wheel-drive system with a two-speed transfer case and automatic setting.

The Armada is rated to tow up to 8,500 pounds. On the other hand, it also returned an average of 14.2 MPG. But, hey, the power in this 5,998-pound SUV is very smooth and delivers down low with authority.

While the V8 engine was flexing its muscles, I enjoyed a very smooth ride from the Armada. There was no “buckboarding” or any transmission of road imperfections into the cabin. This suspension absorbs very well, which makes this large SUV worth driving – and riding in.

There was some lean and roll in the turns, but I found that was well controlled without letting the Armada loose. Overall, there is a poise in the Armada that seems to be missing on some of its rivals, as exhibited on how well it managed evasive maneuvers. Initially, I felt the Armada drove a bit “too big.” That quickly was squashed the more I drove it.

The large steering wheel yielded a lot of effort on tight maneuvers, such as fitting into parking spaces and U-turns. However, the Armada’s steering system offered solidity on-center and precision overall. The brakes were equally good, with solid pedal feel and response. Stops were also good on normal and panic situation. In addition, the Armada never dove when the brakes were applied.

There are four 2021 Nissan Armadas to choose from. My SL tester is more of a mid-level model, even with some luxury appointments and feel. Therefore, it came with a sticker price of $62,630. The Armada lineup starts at $55,600 for a rear-drive SV model.

Let’s get back to the original question about why you do not see any Armadas – perhaps, not a lot of them – on the school pick-up queue. That is a baffling question, because families should be looking at the Armada. It does a good job at what it can do, offers a lot of power, and can seat up to eight people. Not to mention, the Armada’s interior volume is generous.

Part of the problem is pricing, since most consumers will flock to General Motors and Ford for their vehicles, starting around $5,000 less than the Armada. Yet, what do you get for that lower price point, really? When stepping up to the SL trim, you will find that the Armada becomes a better value over the domestics. In fact, both the Chevrolet Tahoe LT and Ford Expedition Limited are priced either at par or end up being more expensive than the Armada SL.

Think about it. It is your money and your family on the line. In the meantime, consider this: You will find your 2021 Nissan Armada easier in a parking lot full of its competitors during a hockey tournament. That is how I determine which large SUV I’d rather in my driveway.

If you do pick the Nissan Armada over its competitors, you will not be sorry that you did. It will be worth it.