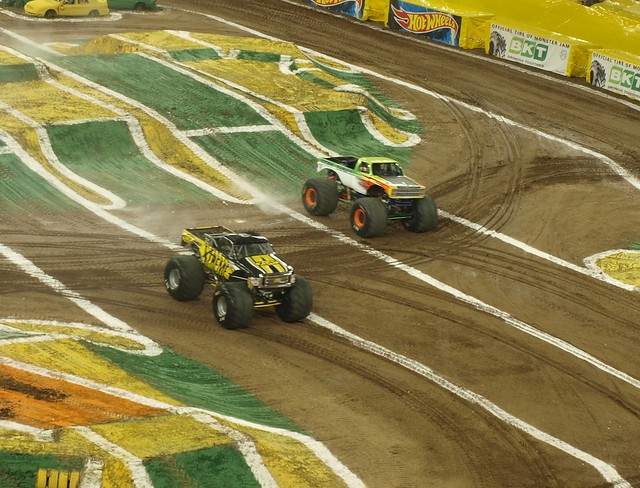 Deep inside all of us is a person that loves crazy things that drive, fly and land.

This is not to reduce the fun and excitement of Monster Jam. It is a form of entertainment that is borne in the psyche of unfiltered joy. It is the sight of a 12-foot high by 12-foot long vehicle, on 60-inch tires and the highest suspension lift known to machine take on dirt hills to go as high as 35-40 feet in the air.

We love that kind of stuff.

Unfortunately, I used to snub my nose at things like this. I found the commercials ridiculous and the idea of such a vehicle just childish and cartoonish. If I wanted something like this, the vehicles had to be more down to Earth, running around some tarmac…you get the idea.

There comes a time when the experience has to be achieved. All snobbery and disdain for things such as Monster Jam must be set aside for a brief episode in life.

So, I attended my first Monster Jam at the new U.S. Bank Stadium in Minneapolis. It was quite an experience. How? Let me explain what Monster Jam is all about. 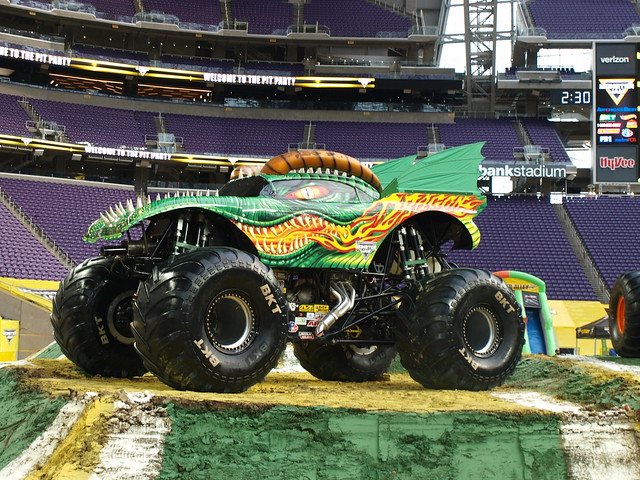 The series is put on my Feld Entertainment, the leaders in live family entertainment. The series is actually a competition sanctioned by the United States Hot Rod Association, pitting customized trucks in bracket racing and other freestyle events. As stated before, the trucks are measured at 12 feet high, 12 feet long and weighing five tons. The average engine puts out between 1,500 and 2,000 horsepower from mainly a Chevrolet “Big Block” V8. They are controlled by an automatic transmission – two speeds on average – with a simplified four-wheel drive system. The tires are essentially 60 inches wide.

Each stop on the Monster Jam tour has their own course format. In our case, the course features four multi-level mounds to induce jumps and other gravity-defying feats. In bracket racing, each truck takes two laps around a pair of mounds and go through to gain major air – about 35 feet at most, maybe even 40 feet. On freestyle events, such as the wheelie competition, the trucks jump and almost gain an angle of 90 degrees with the rear axle used as leverage.

Most of the competitors are built on a rolled steel frame with a safety cage integrated with it. The driver sits at center, custom to his or her size. Controls are customized for each driver. These are not just mere drivers – they are also athletic, as to be strong enough to master a five-ton, 12-foot tall machine. Their protection comes from a fiberglass shell that covers most of the frame and roll cage. A few trucks were able to use the original body of the truck – such as USA-1 and Big Kahuna and their respective Chevrolet pickups

Where Monster Jam works is in fan engagement. Prior to each event, a separate ticket can give fans access to the Pit Party. For each truck, the driver meets with their fans for autographs and photo opportunities. The more popular the entrant, the longer the line. For example, Grave Digger is the star of the show – a popular entrant that looks like a 1950's panel van that could double as a hearse. The black-and-green machine emits red headlamps for a more macabre look. It went on to the Bracket finals, losing to Dragon in the end. 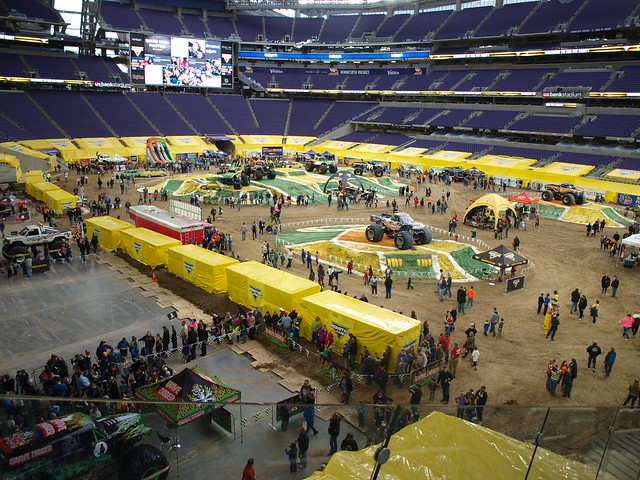 In-between the Pit Party and the actual event, I had a chance to talk with one of the drivers – Lee O'Donnell of VP Racing Fuels" Mad Scientist. He is passionate competitor, stemming from other year-round endeavors. O’Donnell is an off-road racer when he is not doing the Monster Jam tour, running everything from UTVs to Trophy Trucks.

This experience helps in framing O’Donnell's strategy in this series – make "no mistakes." He also furthered his approach at Monster Jam from his off-road racing philosophy: "One turn leads to the next."

Though O'Donnell was fastest in Friday's Qualifying runs, he eventually went as far as the Semi Finals bracket. Sadly, O'Donnell's run at the bracket ended with his truck landing on its side, giving Dragon a spot in the Finals. However, Mad Scientist did win on points in the Freestyle competition and in Show Points. In fact, O'Donnell and Mad Scientist is in the series lead for this group – just two points over Dragon.

It is a competition, overall. Yet, how does one "win?" It comes down to the vehicle and driver's success. What is the secret of a driver’s success in Monster Jam? Perhaps it is the driver and truck popularity? O’Donnell summed it up this way: "When you're winning, everybody wants to be your friend." With a mascot and a spokesmodel on hand, O'Donnell and Mad Scientist won on those merits. 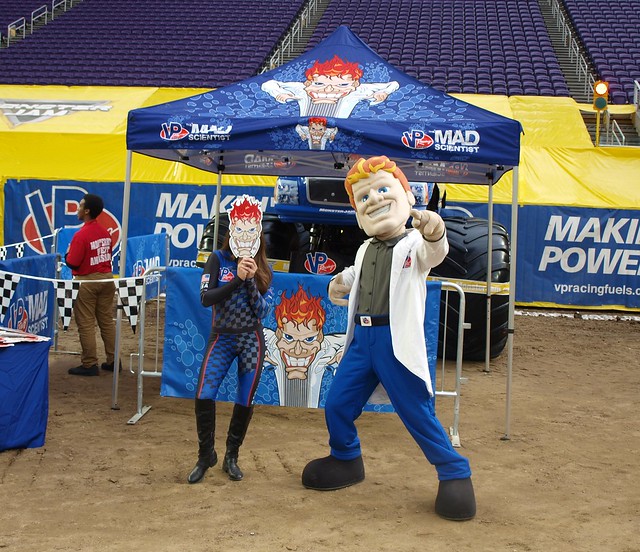 Monster Jam is another side route in the crazy cycle of the automobile. But, it is an absolute fun stop along the way. There is no actual law of physics to explain how a five ton, massively lifted vehicle measuring twelve feet high can jump 35-40 feet in the air. If you simply throw out the science and let go of your own ideals of the automobile, then you can enjoy an evening of this kind of motorsports entertainment.

For a brief episode, all guards were let down. It was a fun night with Monster Jam.

DISCLAIMER: All access to this event was courtesy of Feld Entertainment.