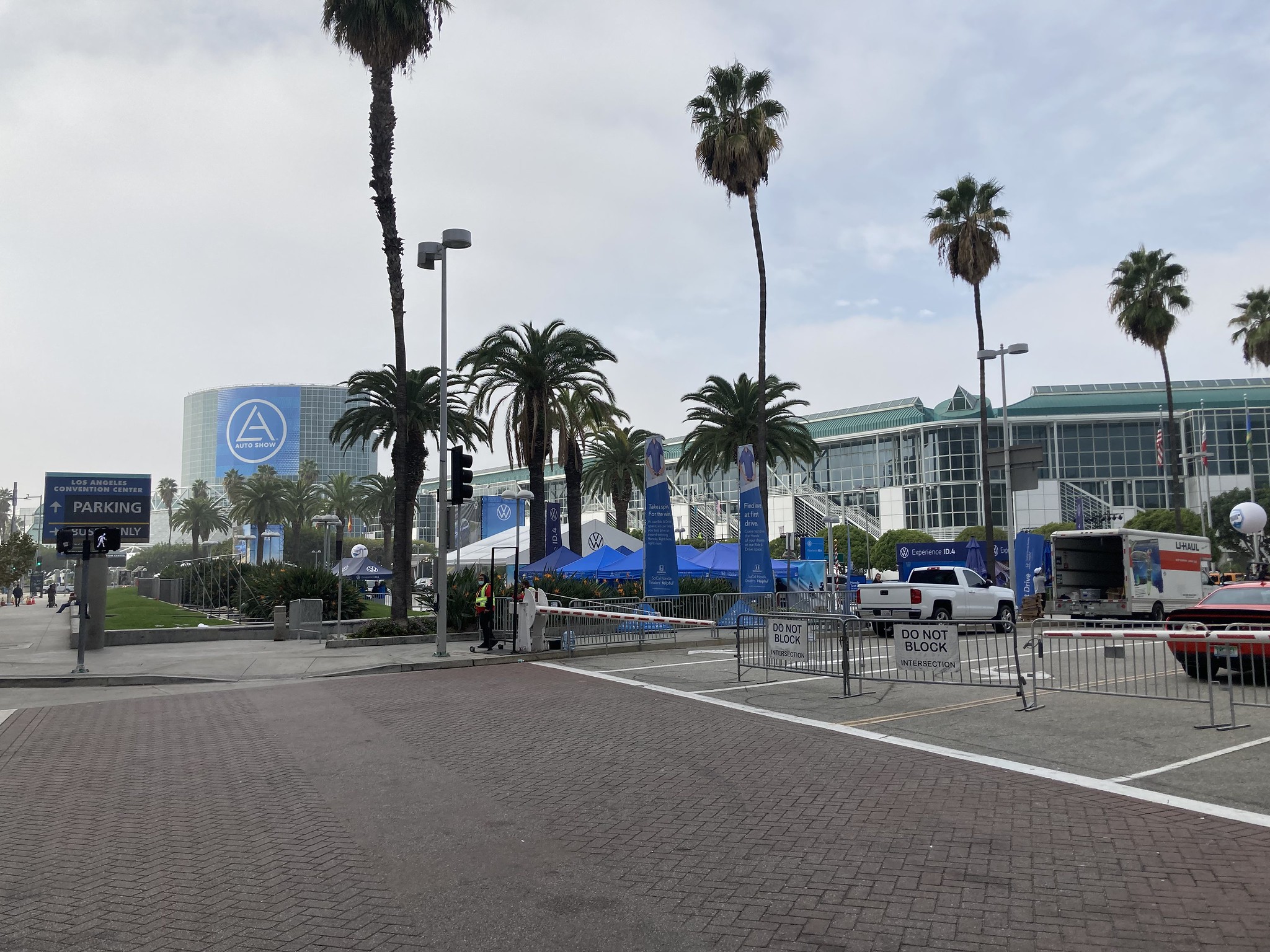 Though it was not in my plans for this year, I wound up working the show again. This time, their media days wore the label called Automobility LA.

Seven years ago, I worked my first Los Angeles Auto Show Media Days with a couple of other publications. It was quite the experience mixed with new vehicle debuts and feet that were non-existent by the end of the first day.

Though it was not in my plans for this year, I wound up working the show again. This time, their media days wore the label called Automobility LA.

There is some reasoning behind this branding. After all, California is “ground zero” for this country’s push towards nationwide acceptance of electrified vehicles. By the next decade, you will not buy a vehicle with just an internal combustion engine within the state.

As a native Californian, I have never fully bought into the electric vehicle craze out there. Over the years, I have accepted the fact of this new reality. About 120 years ago, electric vehicles were accepted as a propulsion option for the automobile. Of course, the power of the oil barons and mass production methods simply shelved electric vehicles for many decades.

It goes beyond electric vehicles. New technology has permeated the automobile – from autonomous driving to driver assistance technology and so forth. In all, the automotive industry has been stumbling towards a future where driving may become a thing of the past.

However, Automobility LA demonstrated a new challenge for the automotive industry. It is the divide between legacy automotive manufacturers and the start-ups. There is really no need to explain the difference, except for their approach to the electrified vehicle is both the same as well as completely and utterly different.

One of things I had to look for when scanning the Los Angeles Convention Center is the press conference schedule to which legacy manufacturers will present their next electrified vehicles to this market. In this case, it would be Hyundai, Kia, and Subaru.

Hyundai and Kia presented two different concepts on the same platform. While Hyundai’s SEVEN Concept showed us a battery-electric SUV that is ready for fully autonomous driving, Kia’s Concept EV9 appears to be more driver-focused with a flexible interior showcasing two “modes” when the vehicle is not moving.

In the meantime, both automakers from the Republic of Korea showed off their two new electric vehicles that form the basis of their strategy towards carbon neutrality by 2045. While the Hyundai IONIQ5 and Kia EV6 kicked off this strategy, they are starting to show an even greater effort in that direction. Hyundai exhibited a few steps further by showing parts of an ecosystem including home-based solutions.

While Hyundai and Kia showed us a future that’s not too far away, Subaru rolled out an EV that is ready to hit showrooms in 2022. The 2023 Solterra is a joint effort with Toyota for an all-wheel drive electric compact SUV that incorporates all of the core Subaru tenets. The Solterra will feature X-Mode for greater capability, even though the ground clearance will be 0.4 inches lower than Subaru’s standard ride height. They also raised the game in terms of interior design and technology based on a joint architecture that achieves a benchmark that the rest of the Subaru lineup will meet in the near future.

In the meantime, Toyota quietly introduced their own version of the Solterra, the bZ4X. While most of the components are practically the same, Toyota offers their EV in a front-drive version. In turn that same version is estimated to get 250 miles on a full battery. In contrast, the Subaru is estimated to get 220 miles with their all-wheel drive EV.

The rest of the conference schedule revolved around the start-up manufacturers. Some of which have just surfaced under the radar, while others are vying to become leaders among the industry’s new frontier movement.

There were two “start-ups” that did blip on my radar. Vietnamese automaker VinFast is preparing to enter this market with a lineup of new EVs. With expertise from BMW and Pininfarina, VinFast came on strong inside the Convention Center. Their first vehicles to be sold in the USA will be electric SUVs – the compact VF e35 and midsize VF e36.

To be perfectly honest, I have been trying to decipher my notes on the two VinFast models for unique features, potential range, pricing, and a retail strategy. However, I must give props for their ambition to port themselves in as many markets as possible. They expect to bring their vehicles to market here in the USA in 2022.

We also witnessed the return of Fisker. Henrik himself was on hand to unveil his first vehicle for his resurrection – the Ocean SUV.

The Ocean looks fantastic and offers both a rear-drive, single motor model, as well as all-wheel drive models. With a maximum range of around 350 mils or more on all-wheel drive models the Ocean is promising much more than a lot of start-ups have been talking about. Pricing will start from $37,995 for the Sport model.

The people I talked to at Fisker are calling this a “rebirth.” They have decided not to look back at the past, where they suffered several setbacks before selling off their assets to what is now called Karma Automotive. The Ocean will be built at Magna’s plant in Austria.

There is no question that Automobility LA/Los Angeles Auto Show shoed that it is certainly “all electric vehicles, all the time.” Not that it’s a bad thing. It’s been coming down to this all along.

Let’s see how the general public responds to all of these new electric vehicles.