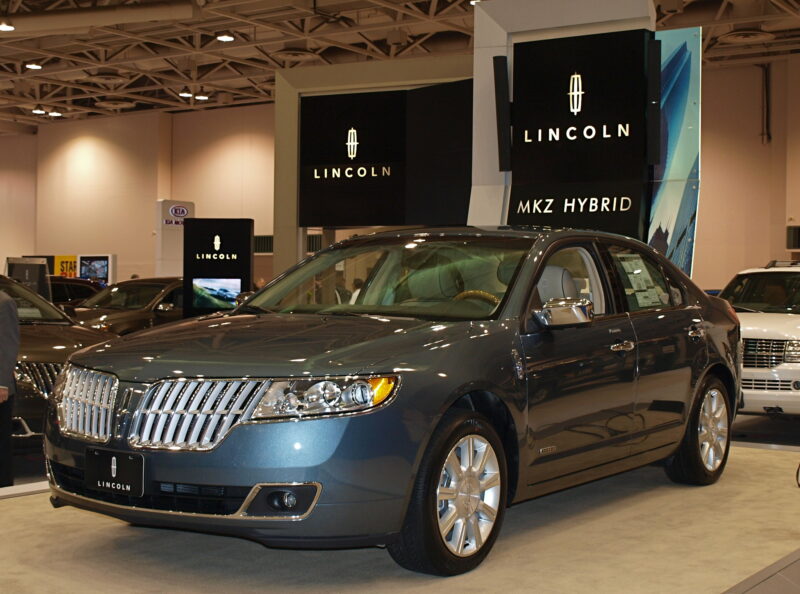 There is a word to describe the latest move by Ford to prop up the Lincoln brand – audacious.

To prepare for the arrival of the MKZ onto dealer lots, Ford thought it was a great idea to rebrand their luxury lineup. The concept of the rebranding would fit some of Bill Farley's earlier statements about changing Lincoln’s fortunes by concentrating on customer service and satisfaction as well as product.

That is a bold name. It also carries a bold statement. The name might not be not original, but one might say it was truly audacious.

Why would Ford go to lengths to rebrand their luxury lineup even if it is only sold a few countries? Would it be that Ford is considering selling Lincoln in a few more places – China, in particular? Rather, is it a last ditch effort to "save" Lincoln?

Rebranding is a process rather than a fix. To alter the name of an entity is to alter its destiny. Ford believes that by elevating Lincoln through its new division nomenclature is to do exactly that – improve its outlook by changing its destiny in the markets it currently sells with product appropriate for that destiny.

There are several points about this strategy that needs examination. First, Ford made a directive a few years ago to consolidate their retail footprint by bringing Lincoln onto Ford's dealer lots across the USA. The result left a few Lincoln dealers unimpressed. Instead, there are a few exclusive showrooms selling Lincolns remaining in key major markets across the country.

For Farley's ideas to work, there are plenty of combined Ford-Lincoln dealers that may not have the property or the personnel to fulfill the new customer service role for the luxury brand. This is perhaps the reason why you concentrate on executing these new initiatives on the exclusive brand dealerships

Case in point, General Motors allowed many exclusive Cadillac dealers to continue doing business in key markets. The business model for Acura, Lexus and Infiniti were made not to meld retail and service operations with their mainstream brand mates. By leaving a few exclusive dealerships in metropolitan markets, one would assume an air of exclusivity through the brand. Yet, you also have Ford dealers selling Lincolns by utilizing a small footprint inside of these shared showrooms. This creates a potential conflict against the very ideal of elevating the brand.

The other issue is with product. The rebranding focuses on the new MKZ. From the images seen of the vehicle, it has an air of difference that may befit the new image of Lincoln. Having never experienced the vehicle in person, it is hard to judge whether it is the "right" one to relaunch the brand in the way Ford has deemed to do so.

It is quite risky to leverage a single new product when there are currently four others remaining on the catalog. By emphasizing the MKZ, Lincoln would appear to divert attention away from a refreshed MKS and MKT – both with very important parts to play in reversing the brand's fortunes. Also, how will this affect the rumored second revision of the MKX to bring the design in line with the rest of the brand? Lastly, will Lincoln finally get rid of the Navigator?

Lincoln did state that it would introduce four new models – including the MKZ and the Detroit-bound MKC compact crossover – as part of the rebranding. It appears obvious as to which ones will be join in the revamping of the brand, but I would be curious as to how Ford will go about this.

Why cast this light upon Lincoln and Ford? If you compare this story to others that broke out in the wake of the Los Angeles Auto Show, the weight of Lincoln’s reboot is very heavy. The nine decades of history as Ford's luxury brand had been chronicled through breakthrough products, such as the original Zephyr and Continental from the late 1930s/early 1940s, the 1956 Continental Mark II, the early 1960s Continentals and the 1984 Mark VII. While other luxury brands announce new nomenclature schemes – even if they only had 23 years of heritage, the audacity of Lincoln resonates as the brand tries to find a way to simply stay relevant.

Lincoln understands that the luxury car market has changed. Cadillac is part of that change as they chase the Europeans into the Rhine Valley. Lexus is coming back with a design language and a bit of restrained swagger; while Infiniti adds a "Q" to everything it sells.

Wither the Lincoln Motor Company? If there is a demographic within North America and other places Ford is considering selling the brand that would fit the new strategy of customer service and product befitting the rebranding strategy, Lincoln may just pull this off. However, if the aim to is to follow Cadillac in chasing the Europeans, this is not the right way to do so.

Perhaps it is Ford wanting to become different than the Cadillac/Mercedes-Benz/BMW/Audi kind of luxury. Maybe it is the lessons laid down by Lexus and Infiniti 23 years ago on how to create a true luxury atmosphere for its customers. Perhaps there is room for a different kind of luxury brand, product and customer experience – not unlike Acura or Jaguar-Land Rover-Range Rover – that would help differentiate Lincoln and attract conquests from other brands.

Will this be Lincoln's last chance to compete in the marketplace? If Ford's plan works, we might see another decade or more out of the four-pointed star after all.