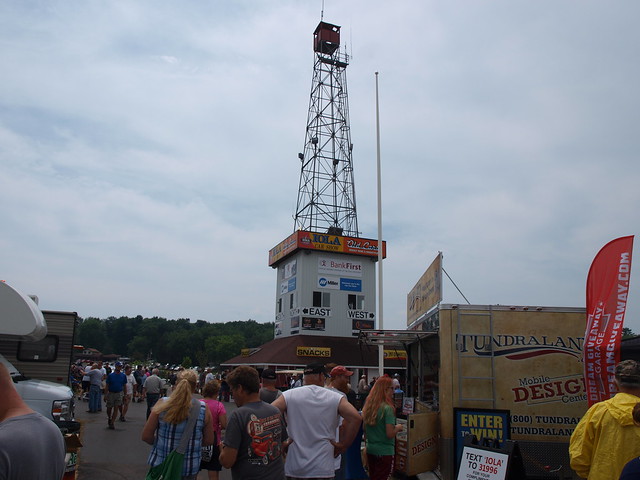 I know you're curious, but let's ask the question: what is Iola?

Iola is an "old car show" located east of Stevens Point, Wisconsin that includes various locations for vehicles, swap meet vendors and celebrity appearances. According to the organizers, the show attracts about 120,000 people over the course of three days, with 2,200 show cars on display, 4,200 swap meet spots, 1,600 campsites available for visitors and participants, and 1,000 car corrals. All of this located on 300 acres of Central Wisconsin land.

Iola had been on my radar for quite some time. There had to be a reason to attend this event. Part of that came from a story I am working on for another publication I write for. That article is tied into an issue with the "Fall Getaways" theme – testing out a vehicle for its "road trip" worthiness. I got the go-ahead from Lexus to take their 2018 RX 350L for the purpose of that story – and to take it to Iola.

My goal was to come that first day. I came in with no expectations on what the show or the day would be like. That is the best way to approach any new event you attend – have no idea what's in store for you.

However, there is a rule I go by at car show or meet. I want to see something I have never seen before. Rather, a vehicle that I have not seen in years, even decades. Show me something that has fallen off my memory bank and let me soak it in. 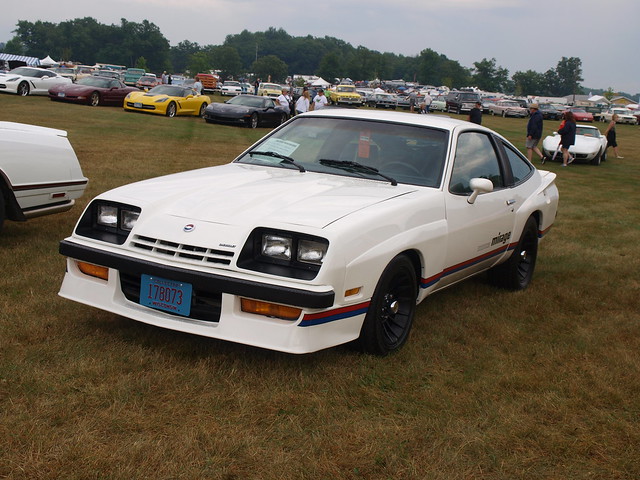 This show did not disappoint in that category. I saw a rare 1977 Chevrolet Monza 2+2 Mirage, which was one of 30 remaining that is still running. This 5.0-liter V8-powered rarity is more than just the sum of its factory body kit and decals. It is about a time when manufacturers tired their best to get out of an OPEC Oil Crisis induced slump by making things look exciting. It was a treat to see one – something I never saw even when they were new.

One of the reasons for attending this show was to meet up with a group of classic car enthusiasts to connect and see their vehicles. Bryan Davis and Chuck Sherman formed a Facebook group for vehicles from the Malaise Era. That group has grown to over 7,000 people as of today. They were connected with the organizers at Iola to take part at the show with their own area to group members together. Sure enough, they got their space and the initial vehicles on display did not disappoint.

Part of this story was the journey in Bryan's 1989 Lincoln Town Car from Fresno, California to Iola. Along the way, he picked up Chuck in Sonora, a town up in the Sierras. It would be Bryan’s first venture beyond the western states into the Midwest. The trip alone did not disappoint. 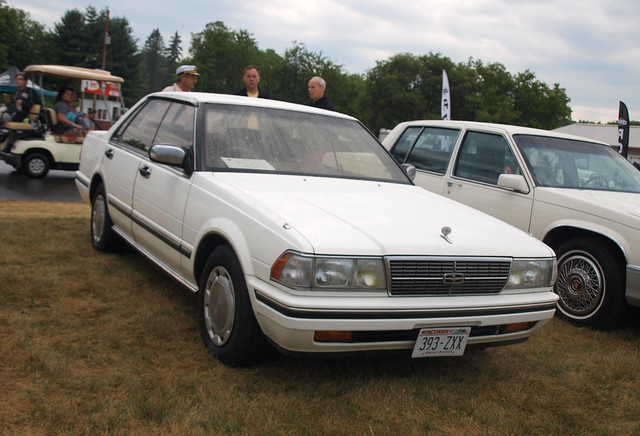 Meeting with Bryan and Chuck also yielded a rare sight. An enthusiast from nearby Oshkosh, Chris, has a stable of a very interesting automobile. One of them was a late-1980s Nissan Gloria. Before you ask, he did buy it from an importer and it is right-hand drive. And, it is gorgeous. In fact, Chris won one of the class awards at the Lambda Car Club International's Grand Ole Invitational in Nashville with said Gloria.

Chris' Y31 Gloria is a prime example of what I want to see at car events. That car that yields more questions than answers. Owners that care about their prized possessions to share with the curious and fellow enthusiasts alike.

Iola is known for their swap meet. The number of vendors was vast and offered almost everything a classic car owner needs. You might even pick up a running car, while you’re at it. From my perspective, that was what greeted me en route to see the vehicles on display. It is what makes Iola a destination for classic car enthusiasts.

And, yet, Iola represented some of the themes I have witnessed in various meets of this sort. I talked about stewardship for an older automobile in the past. The same issues pop up various times over. The idea of a generation of enthusiasts having their prized vehicles not being passed down to their heirs is going to be a challenge in the classic car community. If their children do not want their beloved 1955-1957 Chevrolet – then who? What could happen is a glut in the market for these popular classics – original, restored, and modified – that could drive prices down further due to lack of demand. 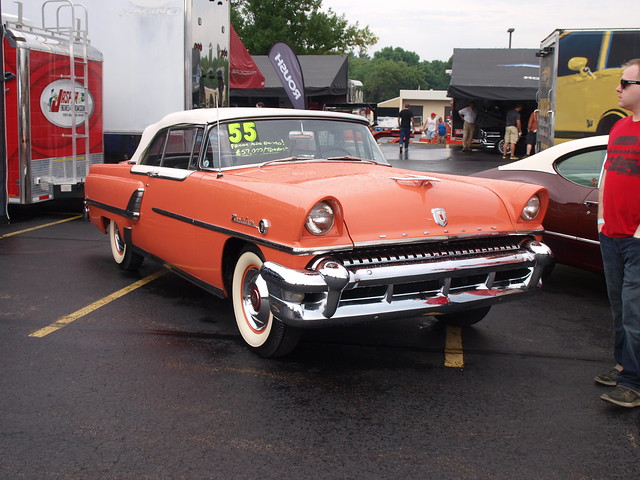 In other words, it will take a leap of faith on the part of these classic car heirs to save the family heirloom. And, this could happen to the muscle car generation in a few decades from now.

The other theme is to see where classic car stewardship is heading. A new generation of enthusiasts may look at a different generation of classics to collect, restore, and become stewards of. This is where the Malaise Era enthusiasts come in. The collectors of 1972-1995 automobiles tend to be younger – Generation X, perhaps? A lot of these vehicles from the era are still affordable to those who can afford a second car at a very low price. Parts are also plentiful for most of these vehicles – both to restore and modify. Those parts will be available at the many swap meet stalls at Iola for the next few decades. What we will see in the next few years is a growth in collecting Malaise Era automobiles with a steady climb in prices for the more valuable and significant models.

A car collector and enthusiast tend to gravitate to the vehicles of their youth and through personal experience. Once the collector/enthusiast buys a car from their past – especially one that brings fond memories behind the wheel – then stewardship becomes a major component through the ownership experience. There is no right or wrong way to become a steward of a certain automobile. There are some things you should do to participate in this pursuit of automotive passion. 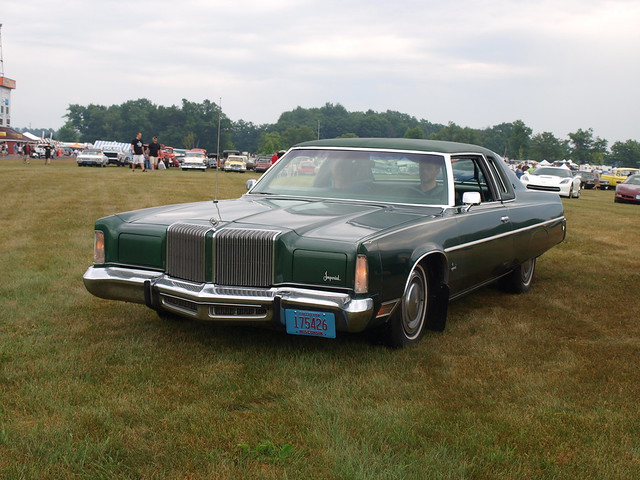 If one wants to become a collector, enthusiast, and/or a steward of a special automobile from the past, a trip to Iola or any similar car shows of its kind anywhere in the world would be a must. Not only should you see the vehicles but talk to the owners and clubs to find out how you should go about being a steward of your dream classic car. This should include getting educated about the vehicle from the mechanical quirks to its history. You should know everything about the car you are putting into your collection.

If you can wrench a vehicle, then find out ways to keep it running. Seek resources on parts, repair guides, vehicular history, and assorted data to ensure that your classic has a story behind it. Then you can tell its story and pass it on.

Iola is one huge resource for being a steward of vehicular history. It is worth going if your passion is for older automobiles – of any era – and the network that exists to ensure this passion continues for you and your family.

Just go for the experience. And learn something while you are there. That is how you make the most out of your time at Iola – or any such car show of this size and breadth. 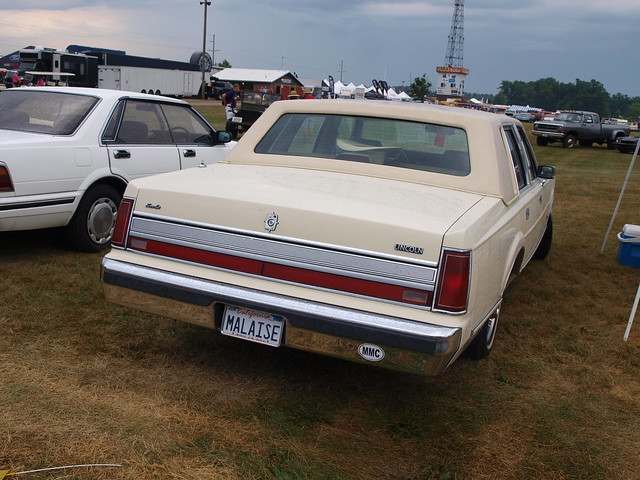