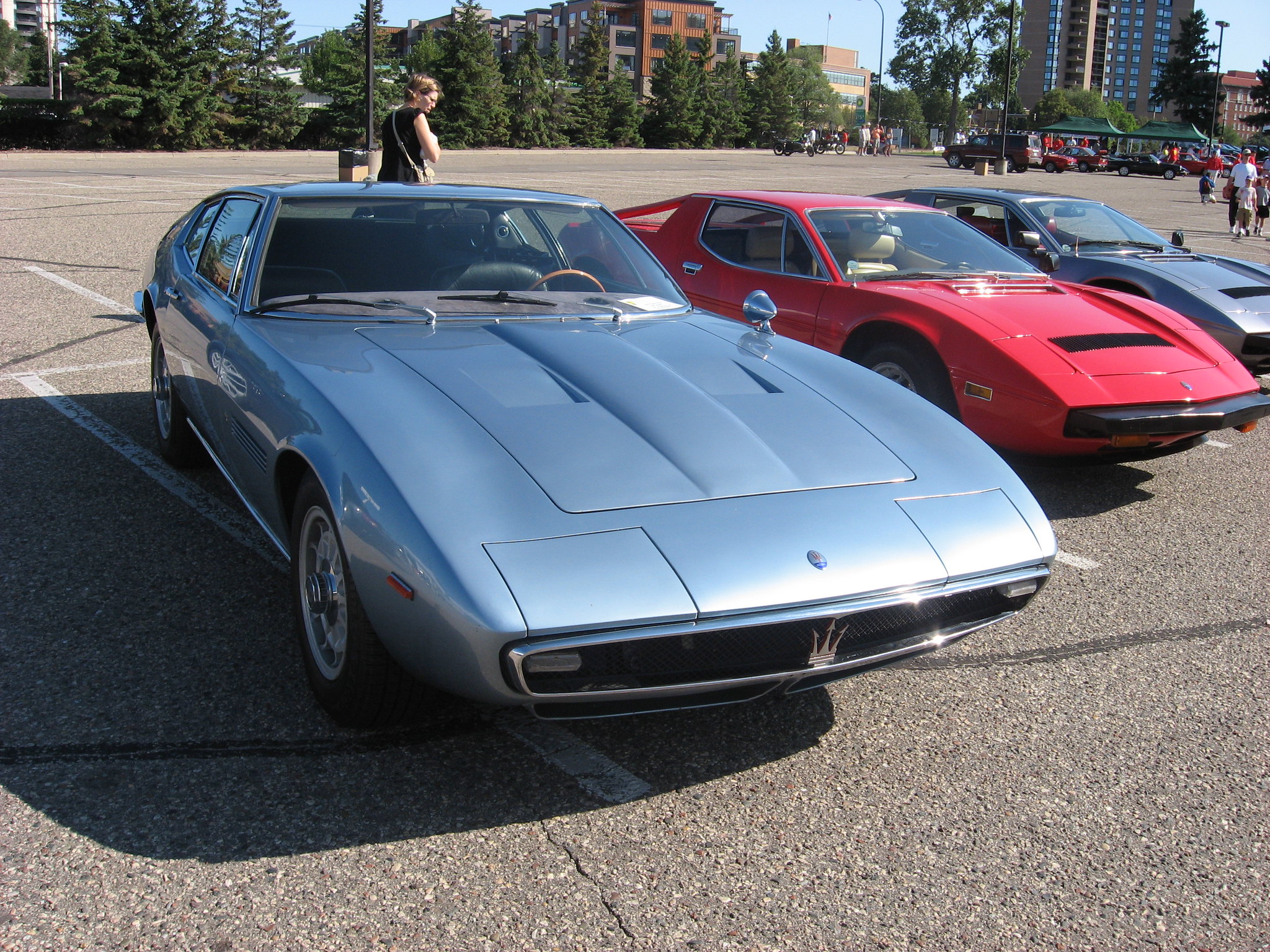 The Trident turns 100 this year.

When you think of the Trident, you think of the family of brothers who took to building the fastest cars of its time. The trademark was a paean to a statue in Bologna, their hometown – the Fontana di Nettuno.

Yet, this company endured through many changes on a rollercoaster ride that tested its legacy even in the face of convention. It is a company I am very fond of.

I have always seen Maserati as the attainable gran turismo. One I could drive rather easily, while enamored by its puffy leather seating and rich materials throughout. The feeling of grand power under the hood – though often short of Ferrari and Lamborghini performance levels. Then again, if you drove a Maserati – who cares how fast it went or the story that specific model went through to get on the road?

The magic and allure of Neptune's Trident on the grille has been elusive. I have yet to drive a Maserati. Sad, but true. My admiration for the brand goes back many years – even as a child ogling the likes of the Bora, Merak and the Khamsin.

There was confirmation of this love for Maserati. Reading Katharine Hepburn's autobiography, Me, had an entry from the 1960s when she and a noted writer went to Modena to pick up one of the Trident's road cars. OK, she was my favorite actress of all time…the story seemed apt putting her, the Trident and an initial drive of a new car through the Emilia-Romagna and the Po Valley.

That is what it was like to drive a Maserati before I could even consider doing so.

The Trident's story was rooted in racing. The five Maserati brothers built champion racers for the greatest drivers of their era. Their first winner was driven by Alfieri Maserati in the 1926 Targa Florio. Even under new management, Maseratis took the podium the world over – including the Indianapolis 500, right at the dawn of World War II.

If you named Maserati's greatest drivers, it is as you named the greatest motorsports stars of the last century. None greater than Juan-Manuel Fangio. In the 1950s, you could only find the Argentinean behind the wheel of a red Trident on the greatest courses across Europe and the world. It is because of Fangio that created the allure of its road cars. If could drive like Fangio, and had the money for a Maserati – it is yours.

That was where things changed. Maserati always had fiscal issues. They also made their road cars very exclusive – not like today's models. You could not keep up the bottom line while keeping up appearances. However, you could still innovate. You could still create drama – even with bodies penned by the best carrozerias of its time.

That is what sustained Maserati through the patronage of the Orsi family, Citroen and under the Fiat Auto banner. The road cars became its primary business by the 1970s. Though the Mistral and Sebring opened up the door to masses, the Bertone-penned Ghibli slammed the door wide open. By 1967, the Italian performance road car was gaining favor out of that cottage industry. Ferrari, Lamborghini and Maserati went all out to test the levels of performance while entertaining us with impeccable design. They were flawed – no one would deny the workmanship was less than perfect. Yet, you did not own an Italian gran turismo without understanding its temperament and flaws.

Under Citroen, it was clear that Maserati would operate the opposite of its rival Enzo Ferrari. Enzo would build his road cars to fund its racing efforts. Citroen would use Maserati as a hobby to exercise its willingness to expand its image. The Citroen SM was such an example. It combined the "best" of both worlds – retaining the shape of the iconic DS, though creating a coupe of the future with Maserati power. It was a mash-up that you either loved or hated.

From this era came one of my favorite cars (that I have never driven, but really want to) of all time: The Khamsin. As an outgrowth of the lineage of the Ghibli and Bora, Bertone and Marcello Gandini created this airy two-seater with a little paean to the SM – an upper glass for the rear end. The main reason why I fell in love with the Khamsin was an option for North American consumers of the V8 front engine/rear drive gran turismo – a three-speed automatic transmission. True, a clutchless experience would seem lame in one of these cars, but considering my left leg for the moment – an automatic Khamsin just simply sounded brilliant!

Maserati not only created GTs – they made a four-door sedan. It was unheard of for a performance car builder to create a sedan, but combining the finest performance with opulent luxury, the Quattroporte became the chosen transport for executives and the Italian head of state. Now in its sixth iteration, the Quattroporte became the mainstay of the Trident’s lineup – sometimes becoming its most desirable model. Yet, the Trident had a moment when things did not work out so well. Instead of building GTs, Maserati created a lineup of smaller luxury cars aimed to the growing influence of BMW’s 3-Series. The Biturbo looked good on paper – a twin-turbocharged version of their V6, a nice Giugiaro-influenced design and plenty of lovely Italian leather and trimmings.

The Biturbo may have looked good on paper. In reality, they were rubbish. Quality and reliability were non-existent. It was so flawed; one could not find a good point about the Biturbo. It did not help matters when Maserati connected with Lee Iacocca’s Chrysler for a K-car based luxury coupe/convertible called the TC. One could blame Maserati's owner of the time, Alejandro DeTomaso .

Fiat arrived in time to rescue the Trident from the dustbin. Eventually pairing it with Ferrari and, later, Alfa Romeo, Maserati was reborn. What has transpired since is a lineup that has the Trident pointed in the right direction. The Gran Turismo is a 2+2 GT that is both comfortable and commanding. The Gran Cabriolet compliments the 2+2 with its own bespoke Italian flair. The new Quattroporte may have been criticized for being a bit too Chrysler, but is that really a bad thing?

Now, add the Ghibli sedan – a contender in a highly competitive segment. The Italians tried to compete with the likes of the Mercedes-Benz E-Class, the BMW 5-Series and the Audi A6 with somewhat mixed results. The Ghibli presents a new opportunity for Maserati. Not only will the Trident be present in this class, it seeks to be at the top of it. That would how I would sum up this centenary of Maserati – the drive to supply a grand motoring experience. A hundred years of racing and gran turismo road cars through the lens of some of the finest cars of their respective eras. Some may have been flawed, but perhaps that adds to the charm of history of the Trident badge.

But, somehow, I really do not care. The Trident remains a temptress in which flaws can be overlooked. They feed into my weak heart for gorgeous Italian metal. That is why we celebrate this centenary. The flawed soul is a beauty that is beloved, despite the competing lure of the prancing horse and the bull.

Thank you for the dreams, Maserati.