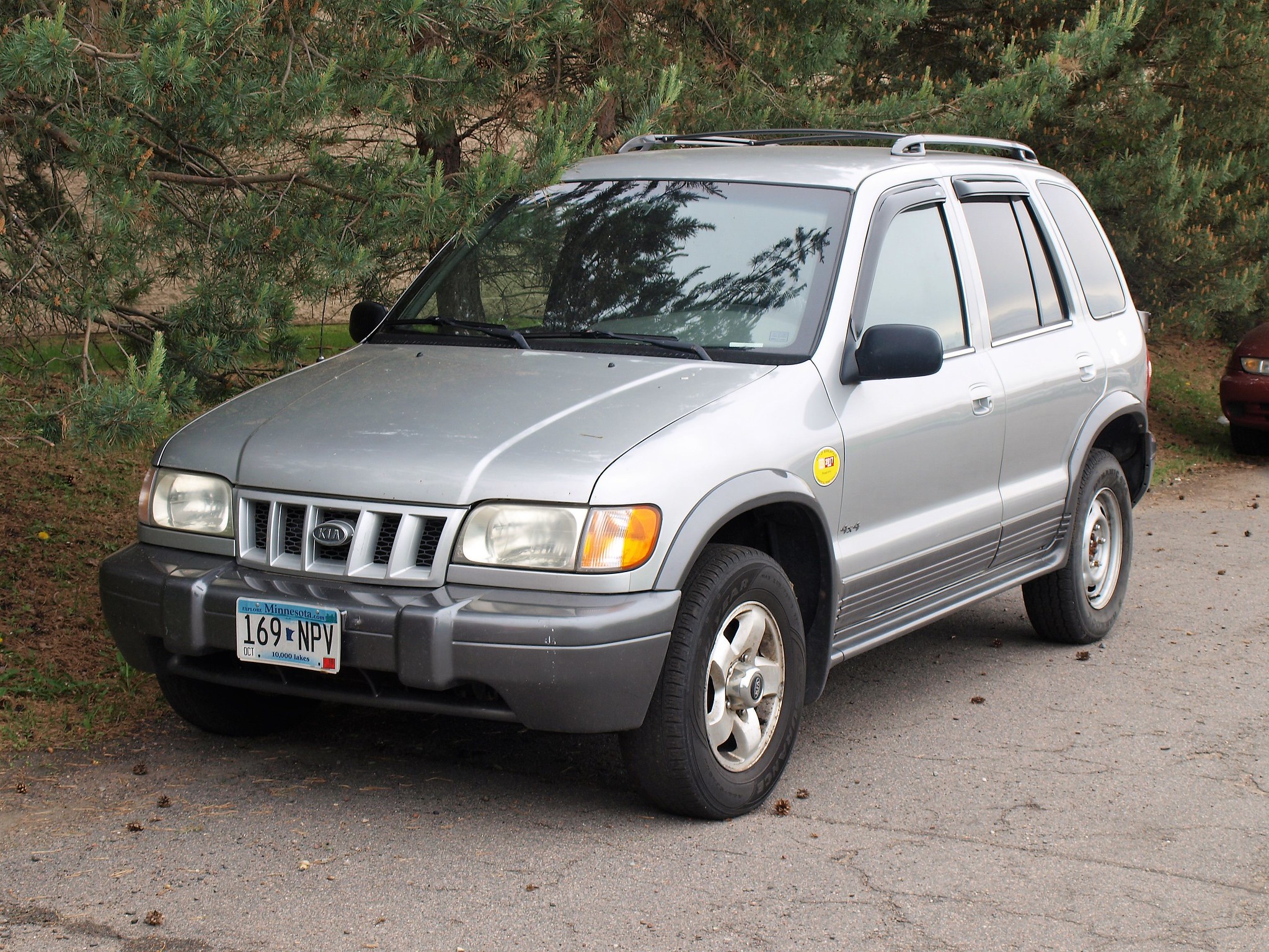 In the spring of 1994, a new brand arrived at unsuspecting showrooms.

This was not just any new brand. It became the second manufacturer from the Republic of Korea to sell their vehicles in the USA.

Kia arrived in the USA at a time when there was room in the automotive market for another inexpensive offering. Yet, the market had already turned towards the pickup truck and the SUV, even though mid-sized sedans prevailed in terms of volume.

In the early 1990s, we experienced a few pratfalls in terms of inexpensive offerings from new brands. Hyundai promised “cars that made sense.” What customers received were vehicles yielding a host of quality and reliability issues that did not meet the demands of customers in the USA.

Meanwhile, Malcolm Bricklin’s importation of Zastava cars from Serbia (er, Yugoslavia) as the Yugo GV were a tougher sell. Durability issues felled the import operation in the USA by 1992. While they resonated with customers looking for a low price on a new vehicle, the Yugo was simply too small for customers to even consider. Not to mention the quality and reliability issues.

The mantra of "you get what you pay for" was a lesson that anyone entering the USA automotive market had to learn the hard way.

Before we get to Kia's big lesson and how they emerged from it, let’s look back at the company itself.

While Japanese-occupied Korea sat on the sidelines of World War II, Kyungsung Precision Industry was established as a manufacturer of steel tubing and bicycle parts. Seven years later, while the entire Korean peninsula was in the midst of its own war, Kyungsung produced the country’s first bicycle – the Samchully. A year later, the company was renamed Kia Industries.

As the Korean peninsula split in two, the southern Republic went on as an industrial state feeding its people with domestic versions of Japanese vehicles. Honda licensed Kia to build small motorcycles for the South Korean market, followed by Mazda trucks in 1962 and cars in 1974. These vehicles were never meant for export, but for local consumption.

That all changed when Republic of Korea leader Chun Doo-hwan declared an industrial consolidation in 1981 that affected every company. Kia shut down their car assembly lines and went on to produce trucks. The dictatorial nature of this shutdown allowed the relationship between Kia and Mazda to continue in terms of truck assembly for local customers.

However, Kia returned to assembling cars in 1986. It is unclear whether a series of political movements prior to the 1987 election in the Republic of Korea directly or indirectly made this return to car production happen. Yet, Mazda allowed Kia to assemble their own version of the 121 subcompact as the Kia Pride. This car, along with other Mazda-derived models, would spark exportation to various markets worldwide either under the Kia banner or through other joint-venture or marketing agreement partners.

The Pride would become the first Kia to be sold in the USA. Not as a Kia, but as the Ford Festiva. The Festiva arrived around the same time as the Hyundai Excel and Yugo GV as part of a low-priced vehicle movement. Ford’s dealership network was Kia’s savior, since both Hyundai and Yugo had to establish their own networks across the USA as a smaller scale. While a Hyundai Excel owner from Denver would not be able to get their car serviced in, say, Scottsbluff, Nebraska, the Festive owner would easily find a Ford dealer in a small town in the same state to repair their little hatchback to get back on the road.

The second Kia to make it to the USA was the second-generation Pride. It was also sold as a Ford. The 1993 Aspire showed off a swoopy, curvy design with some advanced design looks. It was also larger in every way – including engine. Not to mention, the Aspire was sold as a five-door, as well as a three-door model.

Before the Aspire arrived at Ford dealers, Kia made the decision to export vehicles to the USA under their own name brand. They found that the Pride/Festiva was received very well in our market – even though the name Kia was found in a few places instead of Ford’s own blue oval. In 1992, Kia Motors America established their home office in Southern California with an intent on selling their compact Sephia stateside by 1994.

That happened in February of 1994, as the Sephia arrived at showrooms in the Portland, Oregon area. The Sephia’s roots were from the Mazda Familia (the 323/Protégé to us Americans), but the design inside and out was organically Kia’s. It never really stood out, but it was distinctive enough for the trained eye to pick it out of a lineup with the Mazda Protégé, Toyota Corolla/Geo Prizm, Hyundai Excel, Nissan Sentra, Ford Escort/Mercury Tracer, and Honda Civic.

The Sephia’s drawbacks became evident right off the bat. While priced lower than any of its competitors, quality issues were already spotted. Questions about durability was brought up by the consumer organizations. It seemed that the magic first laid down by the Ford Festiva did not translate well to the first Sephias in the USA.

Slowly, things did improve. The lineup began to grow, with the introduction of the Sportage SUV later in 1994. Kia understood that the USA market was going SUV mad, and they had a solid small SUV to match up with Suzuki and Geo/Chevrolet. In essence, the Sportage’s roots were from a minivan called the Mazda Bongo, the vehicle was designed as a fun and rugged small SUV that went everywhere you wanted it to go. Obviously, the 1995 Kia Sportage is a far cry from today’s compact SUV of the same name.

By 1997, Asia experienced a financial crisis that would send companies into bankruptcy, insolvency, and weaken many others considered strong and resilient for the time. Kia suffered badly and declared bankruptcy that year. However, all was not lost on the company as its savior came as a rival – Hyundai. In 1998, the process began for both Hyundai and Kia to become a single corporate entity while operating separately in producing distinctive vehicles for both domestic and export markets.

The post-bankruptcy ownership swap of Hyundai and Kia were a savior for both companies. Hyundai was starting to recover from previous quality and reliability issues. Kia was at the point where they needed any help they can get. They also found issues in terms of product development and the cost to be able to create new vehicles for global markets.

In 1999, Hyundai and Kia set forth a plan to share basic development costs. The caveat was for both companies to retain design autonomy for their respective brands. It was not exactly a perfect arrangement, especially when you look at certain products in the early onset of the merger.

For example, the 2000 Hyundai Sonata and Kia Optima had to share most of the body, interior, and engineering for a few years. Detractors equated this move as something akin to General Motors own product strategy for decades.

As the first decade of the 2000s came to a close, Kia made an important move that would set the brand apart for good. The brand hired Peter Schreyer in 2006 as their Chief Design Officer. Schreyer came from Audi, who have set the tone for the German brand when they needed design guidance.

The result was a spur of momentum that would put Kia in motion. The 2011 Optima was the result of Schreyer’s design direction that fused influences from European large sedans onto a core product. Schreyer’s success in designing the Optima leveraged several redesigns across the lineup that would raise Kia’s profile worldwide.

If there was one design element that would mark Kia’s signature, it was the “Tiger Nose” grille. This became the brand’s signature. Its shape had evolved through time, but it would help shape Kia’s momentum through the 2010s.

Prior to the Optima’s arrival in USA showrooms, there was a product that would actually help Kia’s profile in this country. As much as some look at the Soul as an odd sort of vehicle, it has become the backbone of USA sales. The Soul represents an affordable small crossover-ish vehicle that attracted a wide base of customers over the past 10 years.

As it enters its third generation, the Soul has emerged from being quirky, boxy, cheap, and cheerful. It is now the sales leader for the brand in the USA – for good reason. Actually, for all of the reasons just stated here.

Of course, Kia has rode the tide of the proliferation of the SUV. The lineup of the Sportage and Sorento has grown to embrace families looking for a different kind of SUV. The upcoming Telluride will take the place where the larger Borrego/Mojave used to sit.

There is another twist to the Kia story. In the Republic of Korea, every manufacturer offers a couple of premium products for their domestic market. This is without resorting to creating additional brands to cater to their well-heeled customers. When you walk into a Kia showroom in Seoul or elsewhere in the country, you will find everything from the Picanto all the way up to the K9 – the flagship sedan we currently call the K900.

Kia came to the luxury market later than Hyundai with the 2002 introduction of the Opirus. This Jaguar-esque executive sedan would be renamed the Amanti when it arrived in North America. By 2013, the Amanti would be superseded by the Cadenza and the brand had a foot in a segment that was wedged between mainstream and premium brands. Some have put the Cadenza up against the Chevrolet Impala and Toyota Avalon, while others had it facing the Buick LaCrosse and Lexus ES.

A year later, Kia introduced the K900. At that point, the K900 was seen as a corporate bridge between two luxurious Hyundais – the Genesis sedan and the Equus flagship. It offered a V8 with amenities found on Cadillacs, Lincolns, and Lexuses. And, yet, it was priced competitively with any of the established flagship sedans.

Kia’s grand strategy was fulfilled. They offered a full lineup of great vehicles that appeal to every taste is exactly what Kia wanted not just for North America – for in every market they sell.

But, can a brand, such as Kia, actually offer every kind of automobile to every kind of customer under one roof? We are talking brand, not manufacturer.

In Japan, Toyota and Nissan offered a wide portfolio of models for their domestic customers. However, they have divided up their entire portfolio across several dealer chains in their home market. While Hyundai and Kia had this practice in place in almost every market they do business in, the former brand eventually created a luxury spin-off brand with the intent on competing against the established premium brands. Kia stuck to their single brand strategy with no intention on doing the same as their partners at Hyundai have done with Genesis.

Today’s Kia is all about opportunity. The Telluride represents the strategy completely. It is a far cry from the days when dealerships only sold the Sephia and Sportage. A quarter century of progress in the USA with intentions on crafting another quarter century more of success.