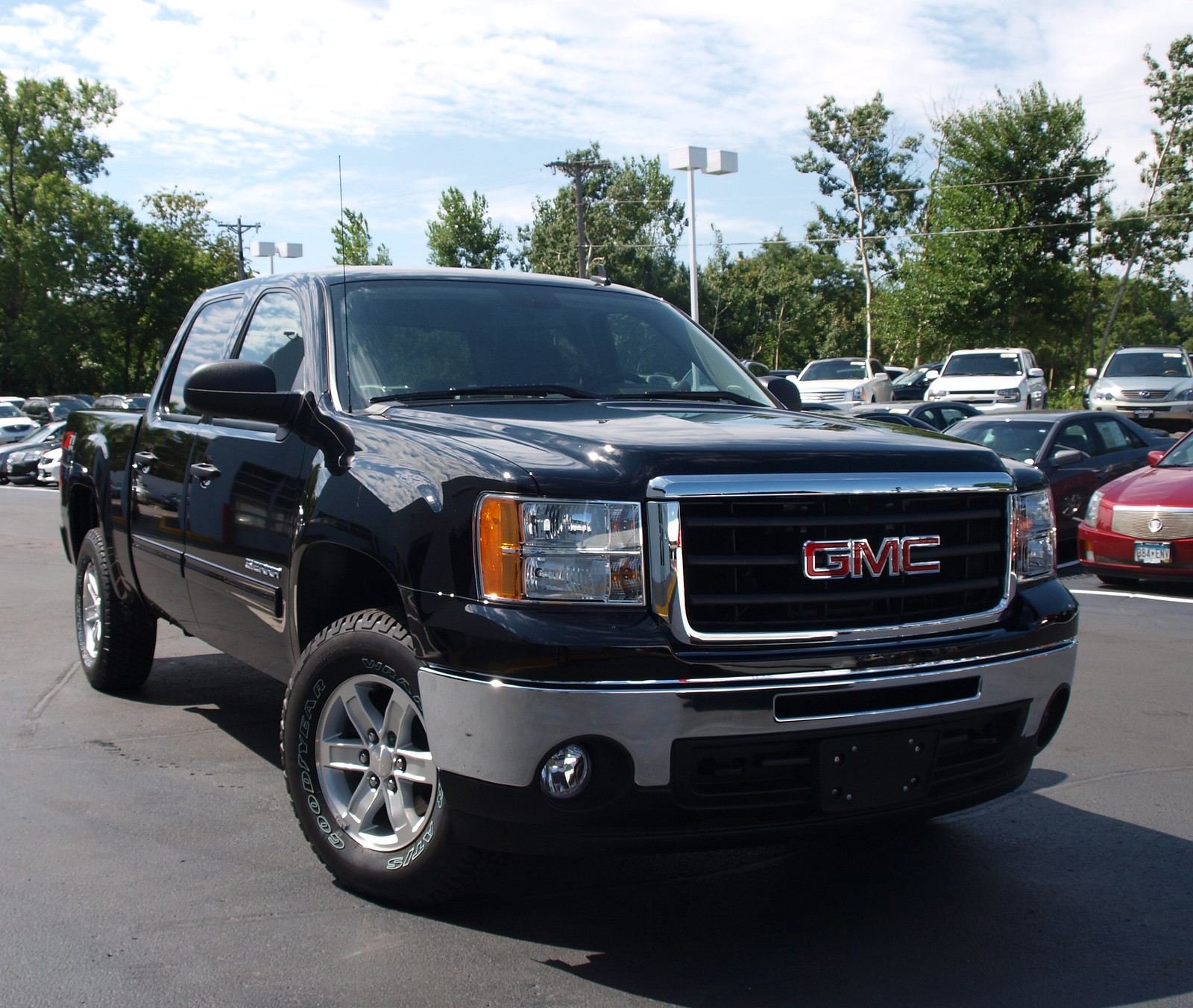 Last year, Chevrolet celebrated a big centennial. Now, it’s truck, crossover, SUV and van-making brother is about to do the same.

It is actually a major Trivial Pursuit stumper – the brand that used to be known as the GM Truck and Coach Division was established in 1912 as a result of a merger between two truck builders bought by General Motors. Once the Rapid and Reliant truck companies were funneled into one brand, it put GM on the map by building some of the toughest trucks in North America.

One may argue that this centennial is quite incorrect since the brand's roots date back to the first Rapid trucks in 1901. Another historian would argue that the anniversary should be marked when GM bought Rapid in 1909. But, for all intents and purposes, the nameplate of GMC was indeed placed on its first truck 100 years ago – and it stuck since.

In its early years, GMCs were put to work hauling raw materials, putting out fires, carrying people on its back and delivering goods to market. Their competition back then were the likes of Mack, White, Autocar, REO and Oshkosh.

Throughout its history, GMC has built every kind of conveyance. From the S-15 pickup of 1982 all the way to cab-over big rigs, GMC's name traversed our highways. The name was also applied to transit buses, intercity coaches, military transport, motor homes, and special-bodied vans.

But, why celebrate this centennial? Was there some leftover cake from Chevrolet's big party last year? Or, should we return to the debate of whether GMC is a viable brand under the new GM?

These arguments center on the long-running assertion that GMC was a redundant brand. Chevrolet sells more of their share of Silverado pickups in both 1500 and HD form. The GMC Sierra is simply a badge-engineered version of the Silverado – so says the soothsayers.

When Saturn was sent into the "old asset" pile during the 2009 bankruptcy proceedings, one hoped for GMC to join them claiming that the Acadia crossover was no better than its brother – the Outlook. I drove the Acadia last year – and felt it was heaps better than the Outlook I drove a couple of years back.

I could go on with every little nitpicking argument downgrading GMC to a redundant and unnecessary brand that just sits at Buick showrooms for posterity. But, what if I told you there is a lot of cool things at GMC that make consumers took notice?

Two runs in the Terrain point to GMC's commitment to differentiate itself from similar products sold at Chevrolet, Buick and Cadillac. The whole notion of "Professional Grade" applied to the smaller crossover works rather well. It is polarizing, but in a rather good way.

In fact, when you see future GMC products, whether they would be revised versions of current models or brand-new vehicles, look back at the Terrain for a moment. You might see where these new products are eventually going…

But, the biggest point about GMC is the Denali. For those of us who convulse at the sticker prices of the Cadillac Escalade are rest assured a level of "Professional Grade" luxury when you tick the Denali trim on most GMC vehicles. The idea behind the Denali is to offer a higher level of luxury without compromising ability and toughness. From the Yukon XL down to the Acadia and Sierra 1500, a Denali is a special vehicle. It offers its occupants a level of refinement not seen on vehicles in its price range.

In fact, there are more Denalis sold every year – from Sierra 1500 pickups to the Yukon SUV – than a year’s sales of Land Rover and Range Rover in the USA. I can sense some SUV aficionados might take umbrage at this statement. "Gee, GMCs can't be used as good camera cars for Top Gear." Actually, Yukon XLs make great camera cars, I heard. "Have you seen a GMC cross the Serengeti?" No, but they're quite popular in places, like Saudi Arabia and Kuwait.

I had my moments in GMCs over my years. The Southern California Rapid Transit District had a huge fleet of their "New Look" "fishbowl" buses. I always wondered why they would run on the freeway flyer lines more than the Flxibles. The RTD also ran the "Old Look" buses as well in the 1970s. Perhaps this was a testament that GMC buses were pretty darn good.

A GMC was used in a move from Washington, DC to Madison, Wisconsin in 2000. Have you ever packed what’s left of your life in a Jimmy? I did. It did extraordinarily well over the mountains of Pennsylvania and though the flatlands of Indiana.

Last year, I had the opportunity to drive three different GMC models: The Terrain, Acadia and Sierra 1500 pickup. In the end, I enjoyed all three vehicles. They point to the very reason why I'm attracted to GMC's products – a special feeling of simply being different.

Still, I could argue with those who see a redundancy with GMC's existence as to the merits of their presence in today’s marketplace. The future is looking good for GMC as they continue to forge a different personality upon their current and future lineup.

That's good for a celebration, don't you think?