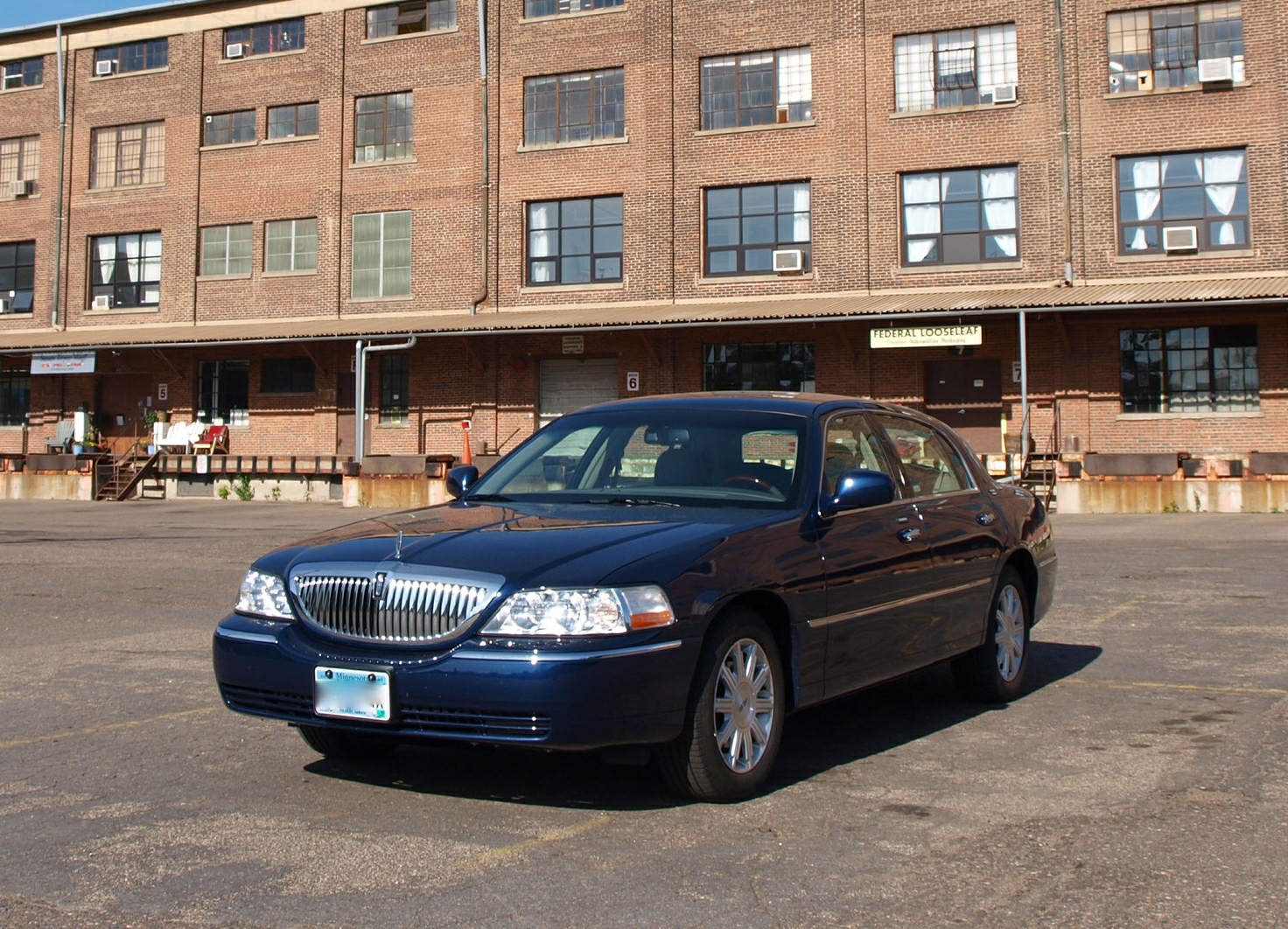 The answer above would be a proper response to the question of the Panther platform's longevity. It also serves as a reminder as to why Panther platform cars are recycled at a greater rate than any vehicle ever made in the past 35 years. Everywhere you go – regardless of the average income of a neighborhood, you will find more than one such rear-wheel drive dinosaur driving around the block.

It was intended to serve everyone in any capacity at every turn.

The answer above would be a proper response to the question of the Panther platform's longevity. It also serves as a reminder as to why Panther platform cars are recycled at a greater rate than any vehicle ever made in the past 35 years. Everywhere you go – regardless of the average income of a neighborhood, you will find more than one such rear-wheel drive dinosaur driving around the block.

What is the Panther platform exactly? The name may not be a familiar to you immediately. What if I told you that it was the code name for a series of vehicles, including the Ford Crown Victoria, Mercury Grand Marquis and the Lincoln Town Car?

They were the big rear-drive cars and wagons that served as public safety patrol vehicles, taxis, livery cars, rental cars and so forth. The platform lasted 32 years with countless of examples sold across three brands at Ford. Hundreds of thousands of these cars are still running today, ranging from first owner vehicles to former police patrol cars converted for civilian use.

It began life as Ford's downsizing project for its full-sized models. For 1977, General Motors began to shrink its large cars down to a more manageable size as a response to the oil crisis earlier in the decade. Ford followed suit two years later with its downsized LTD and Marquis models. Ford retained the body-on-frame construction of the big cars, along with its live axle at the rear. The combination was used to reduce costs at production, maintain lower pricing at the dealerships, and enable easier repairs and maintenance at the service bays.

This combination was ripe for government and corporate fleets. This is why the Panther was very popular with public safety departments, livery and taxicab services.

A year after the downsized LTD and Marquis arrived, the Lincoln Continental followed. It would be an interesting first year for the big Lincoln as plans were underway to reserve the famed model name for a distinctive product in development at that time. For 1981, the Continental was christened the Town Car – a name that stuck all the way to the end. The Town Car also served as a platform for years of stretched limousines, thanks to a strong frame that does not mind being extended without compromising rigidity.

Over the 32 years of its existence, Panther sales have been strong. If not leveraged by fleets, retail sales indicate the popularity of certain Panther models for older demographics. After all, the Panther represented a link back to way cars used to be built. Ford deemed to continue the platform while infusing some of its latest design tenets onto the frame. A dramatic design change in 1990 for the Town Car signaled the integration of Ford's aerodynamic design language onto its largest and most profitable products. Two years later, the Ford and Mercury versions followed suit with an even more aerodynamic and controversial design. By 2003, the Panther received one more set of changes to align better driveability, control and production methods across all three brands. This would remain until the final Panther – a white Ford Crown Victoria – left the St. Thomas, Ontario production line in mid-2011.

You still see various versions of the Panther still on the road. Examples range from garage-kept, pristine looking Town Cars to former taxicabs and patrol cars. Most public safety agencies across North America still have their Crown Vics in service, as does most taxicab fleets. Town Cars still make up a huge majority of livery fleet vehicles. There are also plenty of examples of the Mercury Marauder, the sporty version of the Grand Marquis available in 2003 and 2004. Though they are no longer in production, the Crown Vic, Town Car and Grand Marquis remain distinctive and distinguishable enough to fill their roles.

Why are these cars still on the road? What would posses someone to buy a Panther – any Panther – in the face of fuel pump prices that were tripled since they were introduced? Let alone, the emergence of more modern machinery essentially doing the same thing a Panther did during its lifetime?

And, why could they be future classics?

The simplicity of the Panther has everything to do with that last question. Perhaps it is the fact that they were essentially the last passenger cars in North America to be built on a body-on-frame manner. That fact alone gives classic car speculators a major factor to work with when determining ultimate values. With many examples still running, the potential for classic car status and a rise in future values will depend on the number of vehicles remaining on the road.

The ones you would see in future Barrett-Jacksons and Mecums will not be the clapped out ex-patrol cars or rusted out examples languishing in various neighborhoods across the country. It is a given that the Marauder is a classic, with its small production run and special touches Mercury gave it to distinguish it from the Grand Marquis. Some first-run Lincolns – the 1980 Continental, the Continental Mark VI and the 1981 Town Coupe – would also be seen as collector items, if found in mint original condition.

As it stands, speculating on a classic with many examples on the road currently is seen as "too soon" now. A classic has to go through the cycle where these vehicles would have to be "forgotten." Currently, the Crown Vic, Town Car and Grand Marquis are taken for granted – a sign that they are not ready for classic car status.

Just like any car, there will be those who appreciate the Panther platform for what it did in its time. There are still many of these on the road, serving private, commercial and governmental owners and users. These cars are not going to disappear from our roads any time soon…