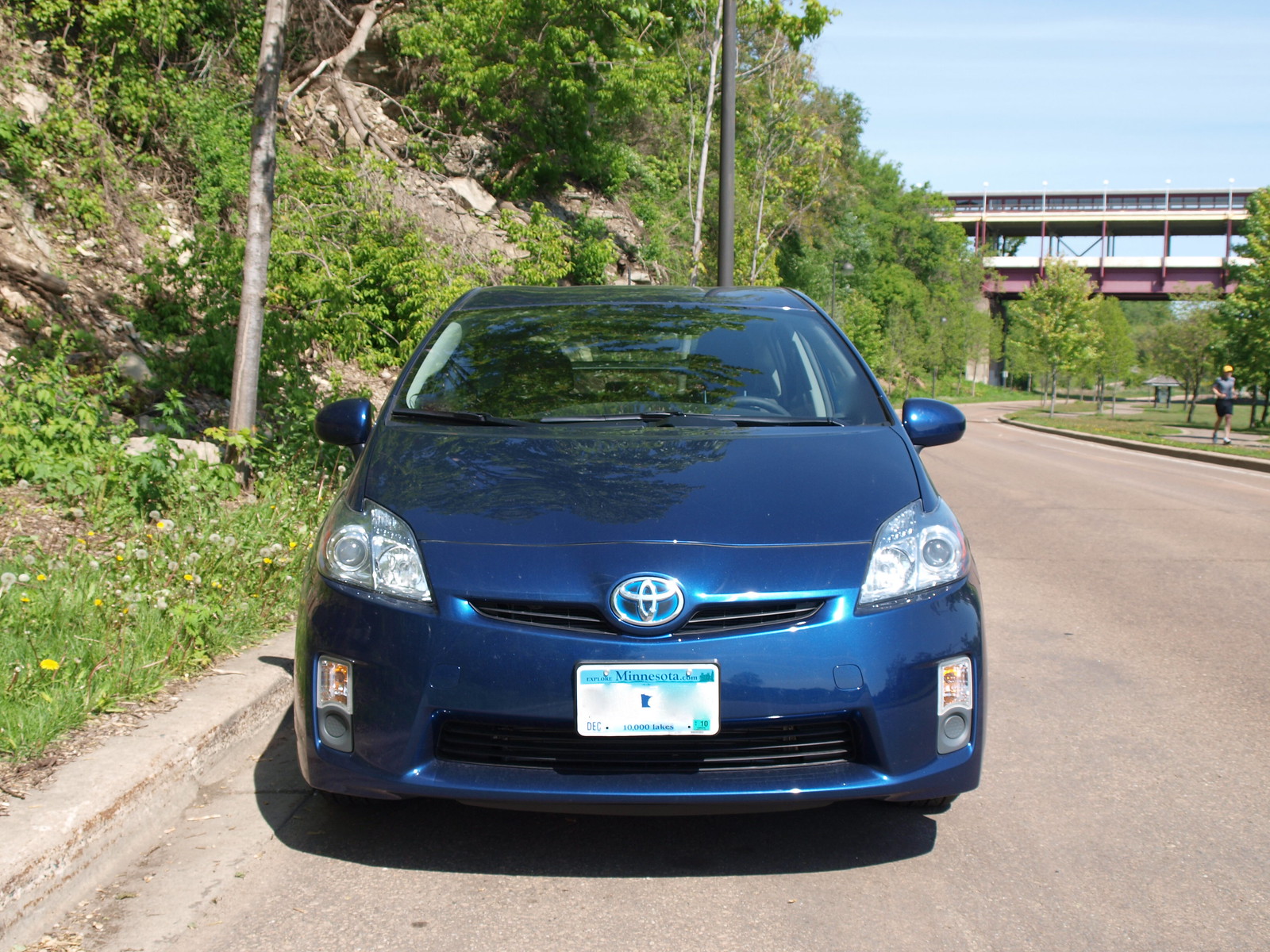 Today is a very special occasion in the Stern family: My brother Matthew turns 50 today.

It is an important age in a person's life. For the AARP, it means cultivating memberships. In the Human Resource department, it puts them on alert as to how long said employee has to go with them. Some retailers and service firms even offer discounts for folks who turned the magic 5-0.

No matter how you slice it, turning 50 years old means achieving a major threshold in life. It signifies a maturity, both perceived and real, that commands respect and praise. It is also a sign of a life under evaluation of what could still be achieved for the next several decades before leaving this planet.

There is a new train of thought that, though age is not just a number, 50 have become the new 40. People reaching 50 still believe they can achieve so much more than they did a decade before thanks to new healthy regimens and other factors lengthening people's lives.

In honor of Matthew’s 50th birthday, I came up with a thought: What if I had the means to give him something really special? I could say that Matthew is a man who has everything. Though, I would think he would want something absolutely resonating to mark this occasion.

Given this is an automotive blog, I asked my brother a hypothetical question: What if I gave him a new car for his birthday? If so, what would he like? I set the hypothetical budget at $50,000 – a nice round number – to explore what is possible.

(Incidentally, he is a huge supporter of this blog.)

Matthew’s response was what I had in mind. He and his wife Elizabeth like hybrids. They live in Orange County, California and are quite progressive their outlook on life. It would seem quite natural to explore a vehicle with exceptional fuel economy and lower emissions. His thought was to have a vehicle that would seat five – his two children and another passenger included. Also, Matthew thought perhaps the $50,000 hypothetical budget would include new cars for both himself and his wife.

This is not a tall order and it is doable. Using the usual “Five Favorites” format, this is what I came up with.

2011 TOYOTA PRIUS: When Matthew responded to my e-mail in doing this piece, the first vehicle that popped up in his response was the standard bearer of all things high fuel economy, low emissions and sustainable. It was no surprise that the Prius would be the first thing he had in mind for his ideal automobile. He is on his second Toyota – both Camrys. Therefore, being brand loyal is extremely important in today's marketplace. The Prius works well with his needs. It has a proven 1.8litre petrol engine tacked on to the electric motor and the Continuously Variable Transmission that are part and parcel of Toyota’s Hybrid Synergy Drive system. It does seat four comfortably, but five in a pinch. The Prius is a bit narrower than one would like, and its disadvantage is felt when you put someone in the middle of the rear seat. On the plus side, the Prius has a ton of cargo space thanks to its familiar hatchback design. Priuses start at just over $24,000, but you get a lot of basic kit for that money. You don't need to have leather interior, a sunroof or a navigation system. You can get by on one, the Two model, for just under $25,000. It is a good benchmark for being sustainable and eco-friendly.

2011 TOYOTA CAMRY HYBRID: Matthew would probably attest that you could not go wrong with a Camry. Camry owners know this. That's why they'll buy another Camry after they ran up the miles on the last one. Compared to the Prius, the Camry tacks on the electric motor and CVT to a 2.4litre four-cylinder engine. It has the power advantage over the Prius, but drops a few MPGs in the process. The Camry can accommodate five, but compared to the Prius you lose cargo space with just the trunk in the back. The ultimate drawback to the Camry Hyrbid is the $3,800 price jump over the standard Prius. You can easily end up with one at $29,000. It is well within the $50,000 hypothetical threshold, but I’m certain I can find a better value than this Camry.

2011 HYUNDAI SONATA HYBRID: There is a second car at the Stern household in Orange County. It is not a Toyota, but, rather, a Hyundai. Their Elantra hatch – two generations removed from the one just reviewed on here – compliments my brother’s Camry as a smaller, more versatile vehicle for the family. But, what if Matthew had the best of both brands? The Sonata Hybrid employs the same technology as Toyota for their parallel hybrid system: Hyundai’s 2.4litre petrol four-cylinder with an electric motor. Instead of a CVT, Hyundai provides a regular 6-speed automatic gearbox to drive the hybrid combination. In comparison, you get better fuel economy than the Camry, but not on the level of the Prius. Like the Camry, the Sonata seats five with ample trunk space, though tall people would have a challenge with the rake of the roof and glass over the rear seat. Unlike the Camry, Sonata's "Fluidic Sculpture" design can be challenging to the eye, especially its huge, wide-mouthed grille. Price-wise, it sits between the Prius and the Camry, starting at $26,500. With only one option package available, you can live with the standard model quite easily.

2011 KIA OPTIMA HYBRID: Granted, the Kia shares a lot with the Hyundai Sonata – including the Hybrid driveline. However, I could see Matthew in the more stylish, sportier Optima over the big mouth Sonata. Most of the notes above for the Sonata rings true for the Optima Hybrid. The handsome Optima offers a more intuitive cabin with very supportive seats. Again, tall passengers will need to watch their heads in the back. Both fuel economy and pricing are the same as the Sonata – which makes it harder to choose between the two green Koreans. It all comes down to the dealers. If there is a Kia dealer that is better than a Hyundai one, get the Optima. Otherwise…flip a coin or shake a Magic 8 Ball!

2012 VOLKSWAGEN PASSAT TDI: I know…our Grandparents and our religion would not allow us to buy German cars. However, this German is being built in Chattanooga, Tennessee at their newest plant with North American buyers in mind. The argument for including this as a choice is simply because it is efficient without the added electric motor and battery pack. It is a diesel – a clean one. VW’s 2.0litre four-cylinder turbo diesel is a proven motor through and through, while meeting California's stringent emission control standards. Instead of a normal automatic or a CVT, the Passat TDI gets VW’s 6-speed DSG gearbox that makes changing gears more seamless and quicker than your normal slushbox. There is some good news on the fuel consumption front: The diesel's economy figures are as good as the Sonata’s, but still below the Prius. Believe it or not, it does seat five much more comfortably than the Prius, Camry, Sonata and Optima. The price of admission to the TDI is around $28,700. Yes, it may be as expensive as the Camry Hybrid, but it is an alternative. The only thing to worry about is whether the price of diesel is worth affording, even with its fuel economy and range.

It’s tough staying inside the lines when you want to do something special here. You can see how difficult it is to choose five good sustainable, fuel efficient, spacious, Earth-bound cars within the $50,000 hypothetical threshold for my older brother. But, if I had to choose one…it has to be really special enough for my brother, his wife and his children to enjoy for a very long time. Most likely, it would be a vehicle within the space of his brand loyalty.

As mentioned before, Matthew asked whether he could get two vehicles for the hypothetical $50,000 price range – including one for his wife. It is possible. A combination of a 2011 Camry Hybrid and a 2011 Prius Two (the lowest model in the range) could be done if a dealership would let both cars go for $50,000 including taxes, California licensing and registration fees. It might be easier to get two Prius Two models within the same budget – taxes and fees included – as well.

There you go…a good investigation as to what to get my older brother as he celebrates a major milestone in his life. With that said: Happy Birthday, Matthew!