What did I miss not being at the North American International Auto Show?

After doing this work covering the automotive industry full on over the past five years, it is not just the "what" that I missed. Rather, it is the "who" this I miss even more. Apparently, Senator Debbie Stabenow (D-Michigan) was in attendance at the Buick Avista unveiling, as well as seen walking into COBO Center with Bob Lutz. There are also the multitude of colleagues, contacts and friends that worked the floor, ate like royalty and partied like rock stars from Sunday evening to Tuesday night.

I did that once. It was 2013. You probably read something about the experience. Good times, indeed!

As the auto industry continues to grow after a record annual sales year in this country, there were some news made inside COBO Center. Manufacturers rolled out the future with another stunning concept from Buick, the production ready introductions of the 2017 Lincoln Continental, 2017 Mercedes-Benz E-Class and 2017 Chrysler Pacifica minivan. Other vehicles made their auto show circuit debuts, including the Volvo S90, Infiniti Q60 and Genesis G90.

As with every NAIAS, there would be one debut that would get my full undivided attention. Even covering it remotely, the video and photography alone stood out with the extraordinary commentary by my colleagues.

The one debut that did that for me would probably come as no surprise. It is a Lexus – a brand I have been working with for five years now. It is a coupe – something that reminds me of the RC. It has the engine of the RC F – which got my attention real quick.

So, yes, it was the Lexus LC 500 that got the most smiles and awes from me. 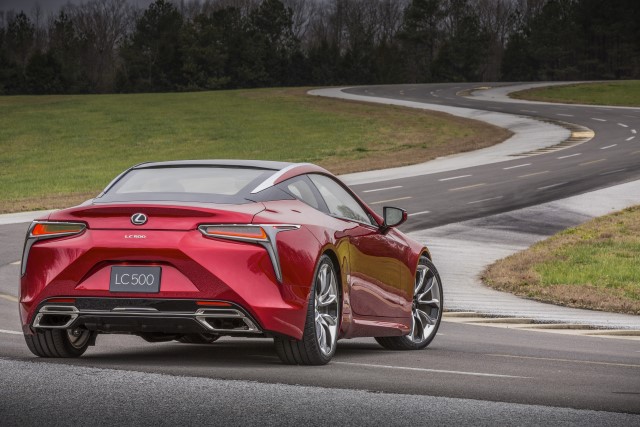 The LC 500 was expected and long-awaited. What Lexus needs is more presence in the upper level of the luxury car business. The RC and RC F represents coupes made for enthusiasts that are more attainable than the greatest Grand Touring cars in the market. The GS provides a sporty counterpoint to the likes of the Mercedes-Benz E-Class and BMW 5-Series. Yet, the LS sits alone in the upper end of the market. Not even the LS 600h L could maintain a level of engagement and interest to do battle with the likes of the Mercedes-Benz S-Class and the new BMW 7-Series.

Though Lexus is working on a new LS, it needed something even more special to offer. The flagship coupe segment is a narrow niche, but all indicators show that the $85,000-plus luxury car market will show growth in the next several years. It shows that there would be room for additional niche models for customers in that price range to choose from.

This is where the LC comes in. Automatically, it has the Mercedes-Benz S-Class Coupe and BMW 6-Series in its sights. The LC is a 2+2 grand touring coupe with big V8 power and a design that will break necks along the way. It is also one of the few vehicles these days that had not strayed from any concept models introduced prior to production-ready trim.

All commentary had the LC shown in Detroit as indeed production-ready. If that is the case, then we have finally met the so-called future. This is what the LC looks like – the future. Yet, a lot of familiar shapes and folds are present. One has to look at the RC to see exactly the jumping off point for the basic shape of the LC. The details are extraordinary, however. New taillight units that are advanced than ever, with a deeper spindle grille and surrounds with a next-level triple-LED lamp headlight unit. These are the markings of a coupe that is reaching higher than ever.

Where the LC drew me in was in interior execution. The idea here is to take the best from the brand and put into a 2+2 coupe. A larger, more integrated Lexus infotainment screen crowns an exquisite instrument panel. Seats were engineering to contribute to a low center of gravity, which means it would be heavily bolstered to lock in drivers and front passengers. I would expect something in-between the seating in the RC F Sport and the RC F in the LC – which I can live with extremely well. 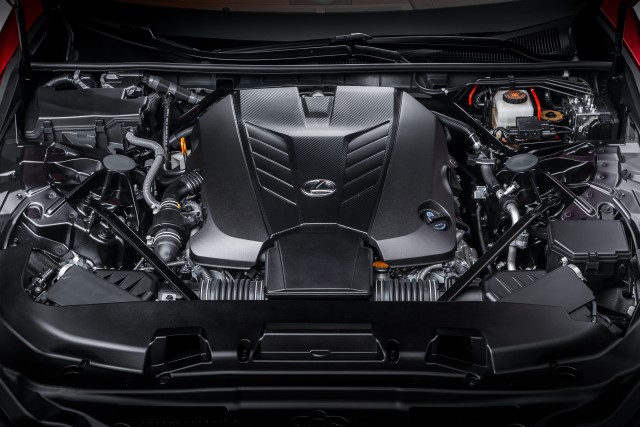 I am already familiar with the 5.0 liter V8 that will appear under the LC's hood. Though I am already prepared to not hear it as wonderfully than in the RC F. I would expect the LC to be pretty quiet, though engaging to drive. It would be a reminder to understand how much that V8's motivation can creep up on you when you least expect it.

However, Lexus is introducing an new transmission to go with the V8. A new ten-speed automatic will be coupled to this 467 horsepower beast. The eight-speed is great, but ten? I understand that in order to play in that end of the market, you have to have a technological edge on the competition. I would be curious how the ten-speeder shifts and works with the V8.

One concern I have on the LC would be weight. According to Lexus, that should not be a problem with a mix of carbon fiber, aluminum and composite materials for the monocoque. It almost sounds familiar though…carbon fiber…LFA?

That brings up something that a lot of my colleagues referenced when observing the LC. The LFA was the inspiration for every Lexus model since. You can trace every line, interior design innovation, engineering and technology advance back to this supercar. When the LFA was no longer offered, it left a void with those who engaged with the brand again. When my colleagues correlated the LC with LFA, I did not get why they did so at first.

Then, it dawned on me. The LFA represented the halo car Lexus needed to help reboot the brand. The LC will slot back up to the top of the line, but will be more readily available and much more affordable.

Which brings me to another tidbit from my colleagues that I was unable to trace down officially. There is an approximate price that had been mentioned with the LC – $100,000. That would make sense as it would be desirable to own and has the price to match the want and the execution of the LC. Then again, that would be up to Lexus to determine at which cost one should acquire this wonderful coupe. 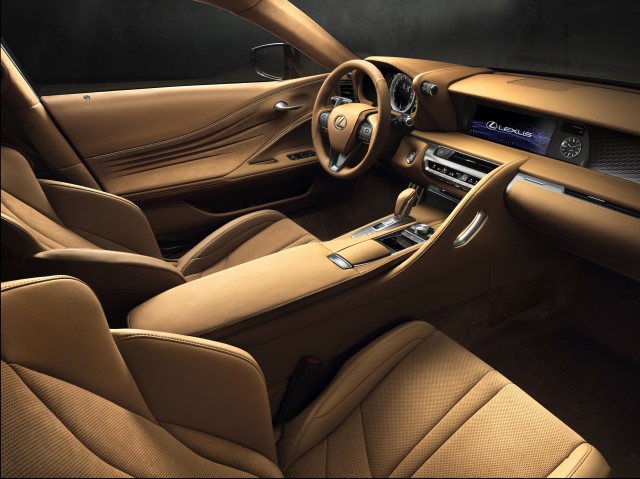 The Lexus RC was the first coupe in a long time that engaged me in a way that had not been present since the 1980s. The RC F became the ultimate ride that fits my driving competencies and fulfills an honest performance void that had been missing in my driving life. The LC appears to be a natural progression of this arc.

There is no official word when the Lexus LC 500 will be available in showrooms. Some have projected sometime in 2017. If that is the case, I am sure it will be worth the wait. However, one of my stops while working the Chicago Auto Show is to see this up close and personal. Then, I can have a clearer picture of what to expect when it does arrive at Lexus showrooms across the globe.

This better be worth the wait.