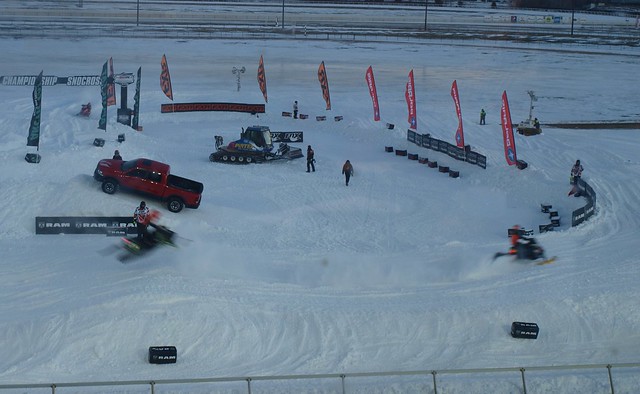 It is winter in Minnesota. That will never stop anyone from participating in any winter sport.

Of course, we have to have something with a motor to play during the winter in Minnesota. That is why we love snowmobiles.

Just like cars and motorcycles, snowmobiles are used in competition. One such circuit allows snowmobiles to run through a course unlike motocross with turns, hills and moguls to make for some exciting racing. They call it snocross.

The AMSOIL Championship Snocross circuit stopped by Canterbury Park in nearby Shakopee this past weekend. Having never been to a snocross event, I was invited by Ram Trucks to go check out the Pirtek Snocross Nationals event presented by Jimmy John's. Why Ram? They just happen to be one of sponsors of the series.

Canterbury Park is a familiar venue for me. I have been there to see friends autocross there, worked a Hot Import Nights and saw last year's MINI Takes The States take off from there. It is a combined horse racing track and casino that us open year-round. It seems like a logical place to hold a snocross event there.

What exactly is snocross?

Run by The International Series of Champions, the AMSOIL Championship Snocross circuit is usually set up in various venues stretching the course to include moguls, jumps, turns and plenty of exciting places for a snowmobile racer to give the crowd a show. There are various classes running in each snocross event – the Pro Open, Pro Light, Pro AM Women, Pro AM Plus 30, Sport, and age-specific Junior series.

As you can tell, everyone can participate in this series regardless of gender and age. There aren't a lot of sports that can do that these days. For someone who had limited exposure to live motosport, this is very refreshing indeed. I'm used to see at least one woman in competition. For example, TransAm's Amy Ruman or IndyCar's Pippa Mann. 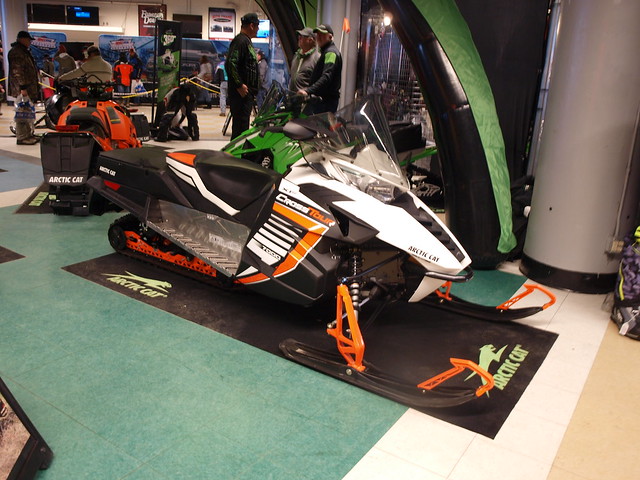 It also brings out the fans. Fans range from family and friends of the riders to enthusiasts and the curious. After all, this is the Twin Cities and there are plenty of snowmobilers among us. Heck, we're responsible for trailer sales, since we can hop our snowmobiles on the back of them and take off to several locations beyond the cities where we can ride. Heck, there are even paths just minutes away from the cities, alongside roads.

It also did not surprise me that most of the riders participating at Canterbury Park were from this state – let alone the region. The ISOC offices just happen to be in nearby Albertville. In all, we could consider this stop on the tour as a "home race."

What surprised me was the quality of riding. Take a 600cc two-stroke or 1,050cc four-stroke engine, slap it on a sporty Arctic Cat, Polaris or Ski-Doo rig that weighs as much as a refrigerator, and let it fly over a snowy mogul at no more than 60 MPH. For a heavy machine, those things can fly! For an old guy like me, that brought out the inner teenager. I have never seen such a thing in my life.

For the Canterbury Park stop on the tour, they brought in a lot of snow to create a pretty tight course between the scoreboard and opposite edge of the dirt track. That might not be wide enough for good racing, but it does create an even more exciting course. You really don't need much land to induce excitement. It did make for exactly that – lots of excitement. 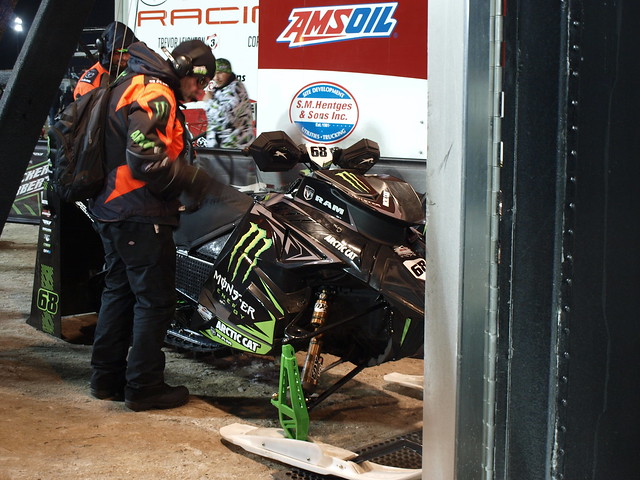 The series is also quite interactive. During the day, ISOC would bring out their top riders for autograph sessions, buy a pit pass to pass their favorite riders prepare for their time on the course and have a chance to dress like their heroes or support their sponsors. This continues on to the night, where the racing gets more interesting. No matter the time of day, snocross is all about having fun and putting on a good show for the fans.

I will admit being on the curious side of things. The media person in me wants to know all about the sport and why does it attract such a solid regional following. It is a connected sport, since someone might know one of the riders as they live right in their community. Of course, the series attracts riders beyond the Upper Midwest, with entrants from New England, the Rocky Mountain states and Scandinavia – to name a few places.

How does one become a part of this series. They start young – 6 years old, according to the rulebook of the series. You could see some talent when you drive along country roads where there are snowmobile trails alongside them. If they have to cross an intersection, they could stop as a courtesy and cross – or try to jump it to catch air. I think it's illegal in the state of Minnesota to do the latter, but one could imagine practicing multiple mogul jumps by jumping over intersections.

One could imagine such things, but the reality is the accessibility of sport for many riders. A walkabout inside the grandstand and around the course indicated a high percentage of snowmobile enthusiasts. Perhaps it was the multitude of rider gear being won by most of the people in attendance. From FXR to Arctic Cat to team-specific coats, the huge crowd in attendance showed their enthusiasm for the sport even with temperatures in the single digits outside. 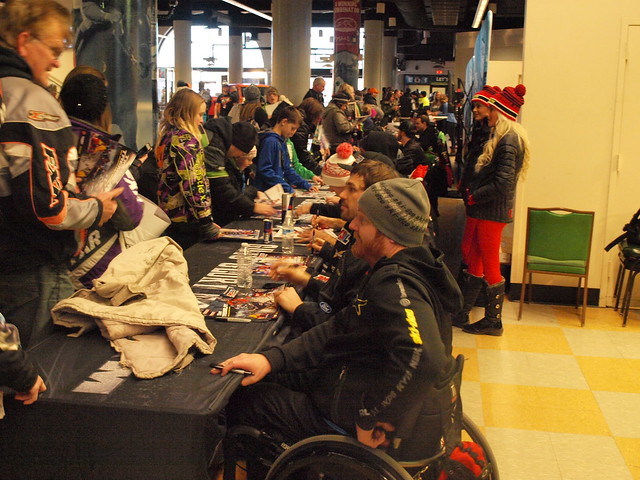 What I also found refreshing was the parity in the series between riders and snowmobile manufacturers. There is true competition, but there is no so-called domination in the sport. Still, if a fan owns a Polaris or Arctic Cat, of course they'll root for the manufacturer's riders and teams. For example, Tucker Hibbert was the Pro Open series points leader in his Ram Trucks-sponsored Arctic Cat, but we saw some great racing by Polaris rider Kody Kamm, Ski-Doo riders Tim Tremblay and Lincoln Lemieux. That is, to name a few! I even saw the youngsters kick butt on their 120 Champ rigs.

There is nothing like it that I have seen before. It is refreshing to see this sport enjoyed by everyone. It was indeed an entertaining and educational evening of snocross. Something this old automotive writer/blogger truly enjoyed.

You can watch the Pirtek Snocross National presented by Jimmy John's on the CBS Sports Network on January 14, 2017 at 10:00AM Eastern Time. Check your cable or satellite carrier for channel details.