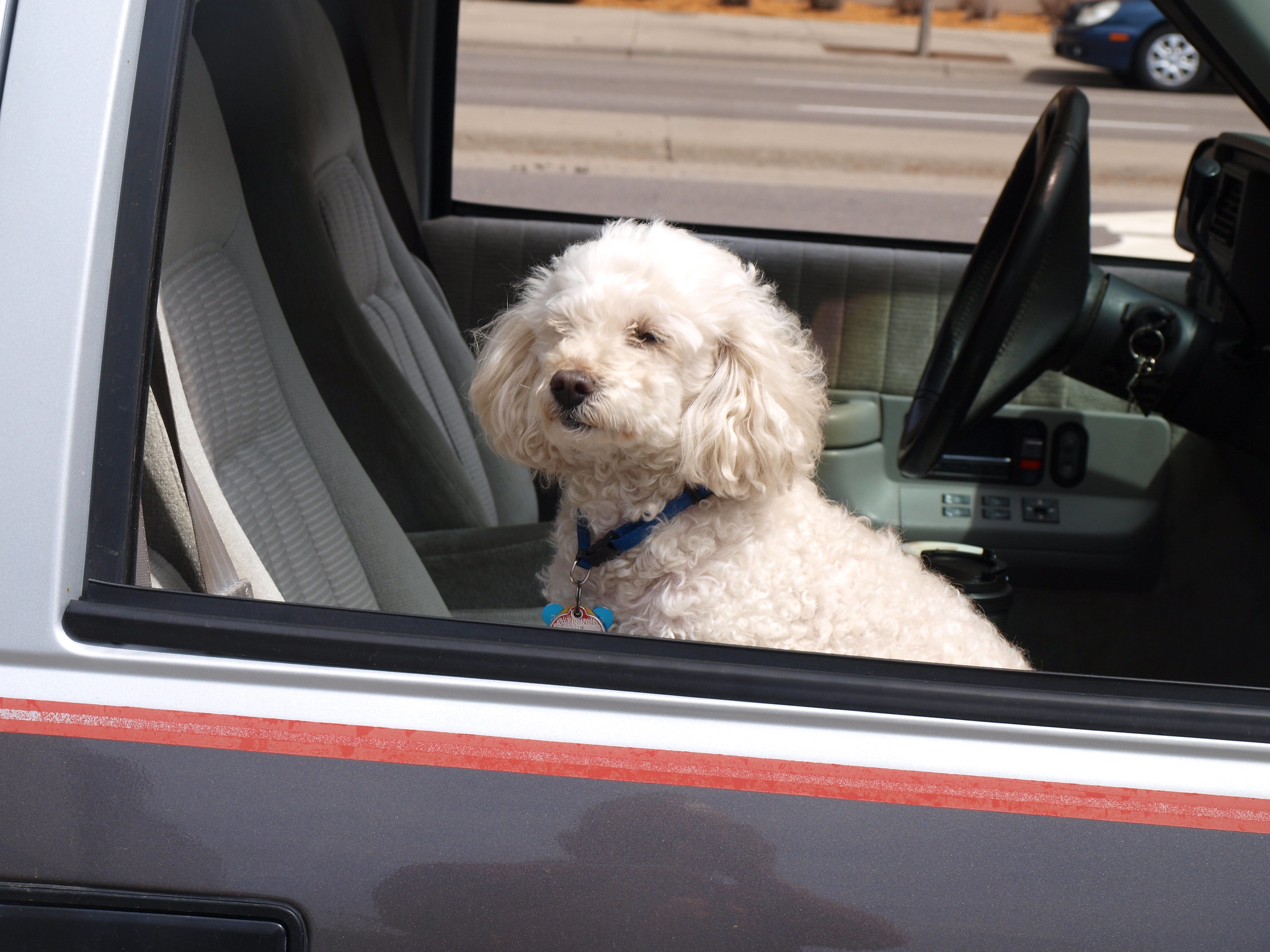 You have a what? And, you're taking that on the plane?!?

What prompted those questions was my last trip to Minneapolis-St. Paul International Airport. I was picking up my roommate from her flight from San Francisco. In the baggage claim area, I noticed a lot of parents and other loved ones waiting patiently for their passengers to come home for the holidays. It must have been the last day of finals at any given institute of higher education or the last work day before the holiday break.

While I witnessed scenes of families reuniting with each other, I noticed a lot of dogs roaming baggage claim. Neither of them belonged to the Transportation Security Agency.

Correct me if I'm wrong, but didn’t a few of the "legacy carriers" – major airlines in the USA – announced that they would ban “emotional support animals” on their flights? At least, Delta Air Lines announced they would not let such animals fly inside the cabin on flights.

Or, you can head over to your nearest Popeye's chicken joint and get an "Emotional Support Chicken." Granted, if you attempt to board the flight with it full of spicy and juicy Louisiana goodness, it will be confiscated by the TSA. Popeye's suggest you bring it on board empty. But, what if you're hungry?

If you think I am about to go on a rant against having any animals fly inside the cabin of airliner, train, or intercity bus…I understand why people do it.

The topic of emotional/behavioral/mental health has been burbling to the top in 2018. While there is a need to improve the system and make it more accessible to those who need it, the negative stigma of this topic has permeated in every section of our society – including parts of the automotive realm.

We vilify this issue for many reasons. On one hand, we do not understand why someone would want an "emotional support" anything to keep them going. On the other hand. If there are policies, rules, and laws that regulate the use and transport of animals. One could argue either way, but which side would you choose here?

The reality of this vilification is played out by the coverage of "emotional support animals" in travel situations. There is a solution to all of this. Since this is a website with a primary focus on the automobile, I found that you can have anything that provides emotional support in the comfort of your vehicle.

It may not be the solution that fits everyone. Let me give you an example from my own experience.

Just like pets, musical instruments are also seen as "emotional support" for people. Remember the man who made a viral video about how his guitar arrived broken from a flight on a legacy carrier? You see how many musicians – from classical to rock to amateurs – are worried about when their precious instruments are transported through the air, train, or bus.

Therefore, traveling with "Boomer" can be a handful. He’s not the lightest musical instrument in the world. He requires careful handling in due part to his weight, shape, and material composition. You do not want to have something soft and light next to him in a luggage hold. Nor, do you want to put Boomer in harm's way for a drop of the drum could mean damage to the wood staves.

Boomer has already been dropped once – at the store where I bought him from. I got Boomer due to a markdown because they split one of his staves upon the impact of being dropped. I did a fix to stabilize the damaged stave. Still, I am overly cautious when handling him.

That is why I prefer to take Boomer in a vehicle rather than any other form of transport. The only thing I do is make sure he doesn’t dig in his tuning lugs onto the upholstery. I also use Boomer in his bag as a test of cargo space utilization and loading – putting the drum to work, so to speak. In a sense, I am actually testing Boomer as I would a pet.

Maybe it is harsh to say that it is better to travel with your emotional support animal by car than any other form of transport. Perhaps it is safer?

But, if you must take your emotional support animal on the plane, train, or intercity bus, find out from the carrier some further information on restrictions on animals and what they recommend for transport of said animal on the conveyance you have chosen to travel on.

No matter if you bring your emotional support…anything…when you travel this coming week, please be safe, secure, and not show up on YouTube on some viral video showing you making a fool of yourself. You really do not want to become a meme…