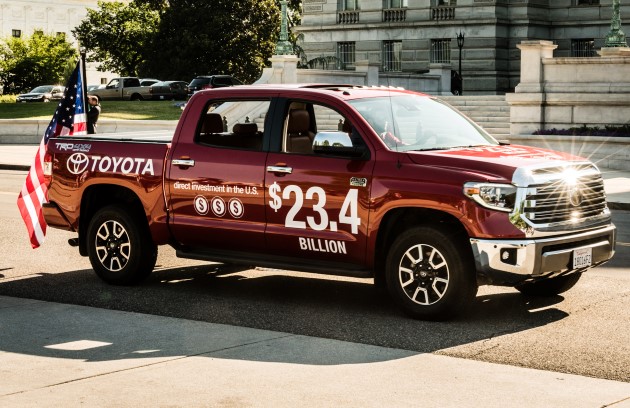 The United States of America has always had a long and complicated relationship with trade and tariffs.

Basic, yes. But, understand where this gets complicated. We were once the manufacturing leaders in the world. That was true through the post-World War II era. We also did not need much from our allies for most of the 20th Century.

Then, things changed. Profit margins changed. Shifting of production facilities changed. We became a globalized economy relying on other entities across borders and oceans to supply us for both components and finished goods.

Were we comfortable with this? It is true that by moving a factory or a call center into another country resulted in a loss of jobs in company’s headquarters country. Yet, this country negotiated free trade agreements to ensure that the cost of goods to the consumer was seen as acceptable to the marketplace and ensuring that jobs are plentiful and available on all sides of the agreement.

If it were that simple. It is not. And, this Administration is about to make this even more difficult.

A tariff is a tax put upon both finished goods and components as a way to stimulate the "home economy." This is only in theory. Today's reality is that American consumers are buying goods made in China by USA companies in order to (a) keep the company selling these goods in positive financial straits and (b) ensuring affordability for these goods to the consumer.

By imposing a tariff to these goods would cut into the cost of manufacturing and selling these goods. The impact to the consumer depends on the overall health of the economy. If an economy is strong, then it would depend on tough the tariff is to see how it will impact the wallet in both the short and long term.

Let’s cut to the chase! Do you believe that this Administration will impose high tariffs against various countries and to walk away from the negotiating table of the North American Free Trade Agreement to re-stimulate our economy, bring back manufacturing jobs, and "make America great again?"

The answer lies in what General Motors, BMW, and Toyota have recently stated about what tariffs and ending trade agreements will do to their bottom lines. Because GM relies on product construction materials from Canada and components worldwide to build vehicles in their plants across North America – in particular, this country – a hike in the price of their products will chase consumers away from their showrooms, resulting in loss of sales and revenue.

BMW has said the same exact thing. In order to keep the Spartanburg, South Carolina plant running, they not only need local suppliers making components for their products, but key components made back in Germany to maintain continuity with world markets. They, too, have said if tariffs were imposed on those components, there will be job losses in a state that needs everyone working for it to maintain a healthy tax base. They even talked of shifting production out of its South Carolina facility to another country.

Last week, Toyota took their case to Washington against these proposed tariffs by sending their rank-and-file employees from their assembly facilities across the USA. Their aim was to explain how tariffs will affect Toyota’s business through an increase in vehicle prices, which will result in potentially lost sales and jobs.

I get that the President of this nation won on the backs of those who previously lost jobs in industries that once made this country "great." Yet, this same President and Administration are proposing what could be a reversal of an economy that walked out of a recession in 2008 with economists predicting a fall back if things were not stabilized due to the posposed change in import/export taxation.

The first target was China. They are now in a skirmish on tariffs that imposed at least a 25 percent tax on each other’s automotive imports – including finished vehicles and components. The Administration is not finished, as it seeks tariffs for the remaining imports coming into the USA.

However, it seems that the European Union – at least Germany – could be off the hook for now. Earlier reports state that the Administration will back off on their threats of tariffs against automotive imports. However, there seems to be some waffling and posturing based on a recent state visit by the President of the USA to Europe. Who knows what will happen between the two?

As for NAFTA negotiations, there is a new head of state in Mexico. It is uncertain what strategy the new government in Mexico City will bring to the table when the three partners in NAFTA return for yet another round of negotations.

Let’s be clear here: we have been in a spiral of what appears to be a campaign that has not been thoroughly thought out by the government currently in power in Washington. With threats of tariffs and the ending of trade agreements, one has to wonder if there is more at risk to lose than just our economy. To call it protectionism – a term once seen in decades past for tariff actions – is just a label over a deeper agenda stated by this Administration.

I am not optimistic as far as what I see coming for the rest of the summer. There is a mid-term election coming up that pundits have been watching carefully to see how Congress will take shape in response to the first two years of this Administration. Yet, I am still concerned of what will happen if there is a different Congress pitted against this Administration and any ramifications any conflict between the Legislative and Executive branches will have upon the economy, the industry, and our people. That includes the status of these tariff threats and trade spats.

What we really do not need is a recession that will cause deeper economic ramifications for all of us. We need every job possible, especially in the manufacturing sector in building vehicles for our market and beyond. We need to rethink this tariff threat and understand the consequences stateside – the possibility of an aforementioned recession as a potential outcome.

There is no need for tariffs under the guise of "protectionism." This is not the time to spark trade wars.