For the bane of repeating myself, I need to quote statistic again: In 2014, 60% of all new vehicle sales in the state of Minnesota were of trucks, crossovers and SUV – the highest percentage of any state in the Union.

Why am I quoting this again? So far in 2015, I have received a slew of pickup trucks – four in total, an average of one per month. Normally, I would be lucky to get one – maybe two – per year. However, the importance of the pickup truck market still drives sales and profits for those who sell them in this country. It is important for an automotive writer based in a state where there is a higher propensity for truck ownership and enthusiasm to cover vehicles not only for a regional audience, but for a North American one, too. One look at the USA and Canadian sales charts will tell the entire story.

The Ford F-Series – the F-150 and Super Duty combined – own both sales charts. On the average, Ford would sell 60,000 pickup trucks per month in the USA and Canada alone. General Motors, Fiat Chrysler Automobiles and Toyota sell their pickup truck wares in the tens of thousands of each in the same countries.

This market is lucrative. It is a point that has been beaten to death for 37 years, since the Ford F-Series took over the top selling vehicle spot in the USA. They are a collective juggernaut that has spawned debates about fuel efficiency, safety, socio-economic behaviors and value propositions.

And, I am all too happy to cover these vehicles and review them for my outlets. Even here.

I am certainly qualified to do so – well, I think so. I owned a pickup truck before – a 1987 Nissan Hardbody. Bought it new. Yet, that is not the reason why I am qualified.

The Boy Scouts had a merit badge called Truck Transportation. I was the first one in my district to earn one. Still, that does not justify my being qualified to cover them.

There may be some who might think otherwise. To properly cover the pickup market, one must use them as intended. One must throw a hitch in the back, set up all of the wiring and attempt to tow near the limit. One must also bring home a project to do that would fill up the bed. I have not done, either.

Let us be honest for a moment. How many truck owners actually haul over a thousand pounds of home improvement materials or tow something? A lot do, but there are a lot that do not. I see more that do here in Minnesota, however.

Taking all of this under consideration, it concerning that the talk of Mercedes-Benz wanting to make a pickup truck through their alliance with Nissan (and Renault) was met with mixed reactions from practically everybody. Should Daimler AG be involved in pickup truck sales – even in developing nations? I do not have a definitive answer. 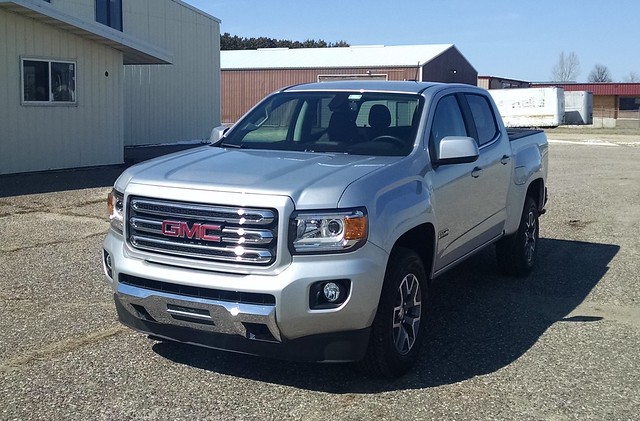 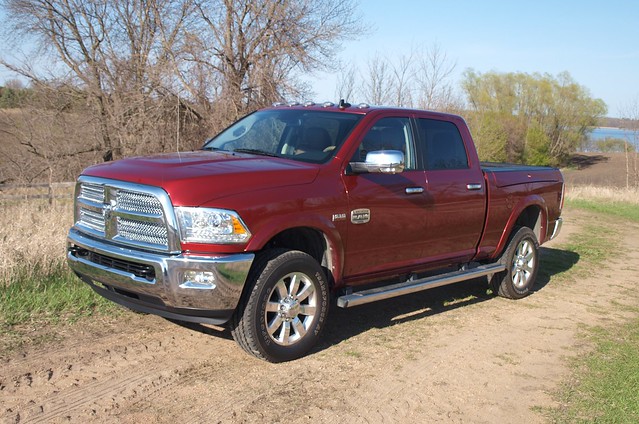 In the background, General Motors is trying to prove the mid-sized pickup market is a worthy one to re-establish themselves in. It, too, was met with mixed reactions. On one hand, some have stated that the Chevrolet Colorado and GMC Canyon are just mere shadows of their bigger brethren. On the other hand, there is an undercurrent of anticipation for the 2.8liter Duramax diesel forthcoming in these two pickups for 2016.

If logic works as intended, perhaps to the tone of my Speculator piece in March, then maybe Ford will figure out how to re-enter the small truck market with the global Ranger. Then, Nissan would bring in the new Navarra as the next Frontier, replete with a Cummins diesel. After that, Volkswagen may import the Amarok or try to circumvent the “Chicken Tax” to build them in the NAFTA zone.

If you think FCA and Ram would follow suit, they have decided otherwise. What FCA found is to make a mid-sized pickup will entail a huge investment in development and execution. It is not an investment FCA would rather not make now. Some would question their hesitance in plunging into the mid-sized truck market – even on a global scale.

But, is the pool really big enough for more mid-sized pickups? Not if new vehicle customers would rather spend an average of $45,000-50,000 on large pickup trucks. Mid-sized trucks are also subject to higher than desirable pricing – an average of $30,000-40,000 per truck. It is puzzling when you consider these prices in comparison to sedans and crossovers.

Here is the rub: How could a consumer justify a pickup truck purchase if they would use one occasionally as intended? When the average price of a pickup truck is greater than a vehicle they truly need, there has to be a real reason other than "keeping up with everyone else in the neighborhood."

Stating the obvious differences between pickup trucks, crossovers and cars would belabor the point. Yet, I still question anyone that buys a pickup and never use it as intended – and paying more for a vehicle than they truly need! Still, people buy them. So do companies. Combined, they buy a lot of them – to the tune of a couple of hundred thousand of them per month in the USA and Canada.

Go anywhere in the USA and Canada and you will find them at the supermarket, the shopping mall, any given sports venue, major attractions and anywhere else. They are found in city centers, rural communities and suburbia. Look inside and you will find child seats, as well as work boots and gym bags.

Shall I repeat myself again?

It is important to talk about the truck market – even to those who don't care for them at all. It is the reality of this business.